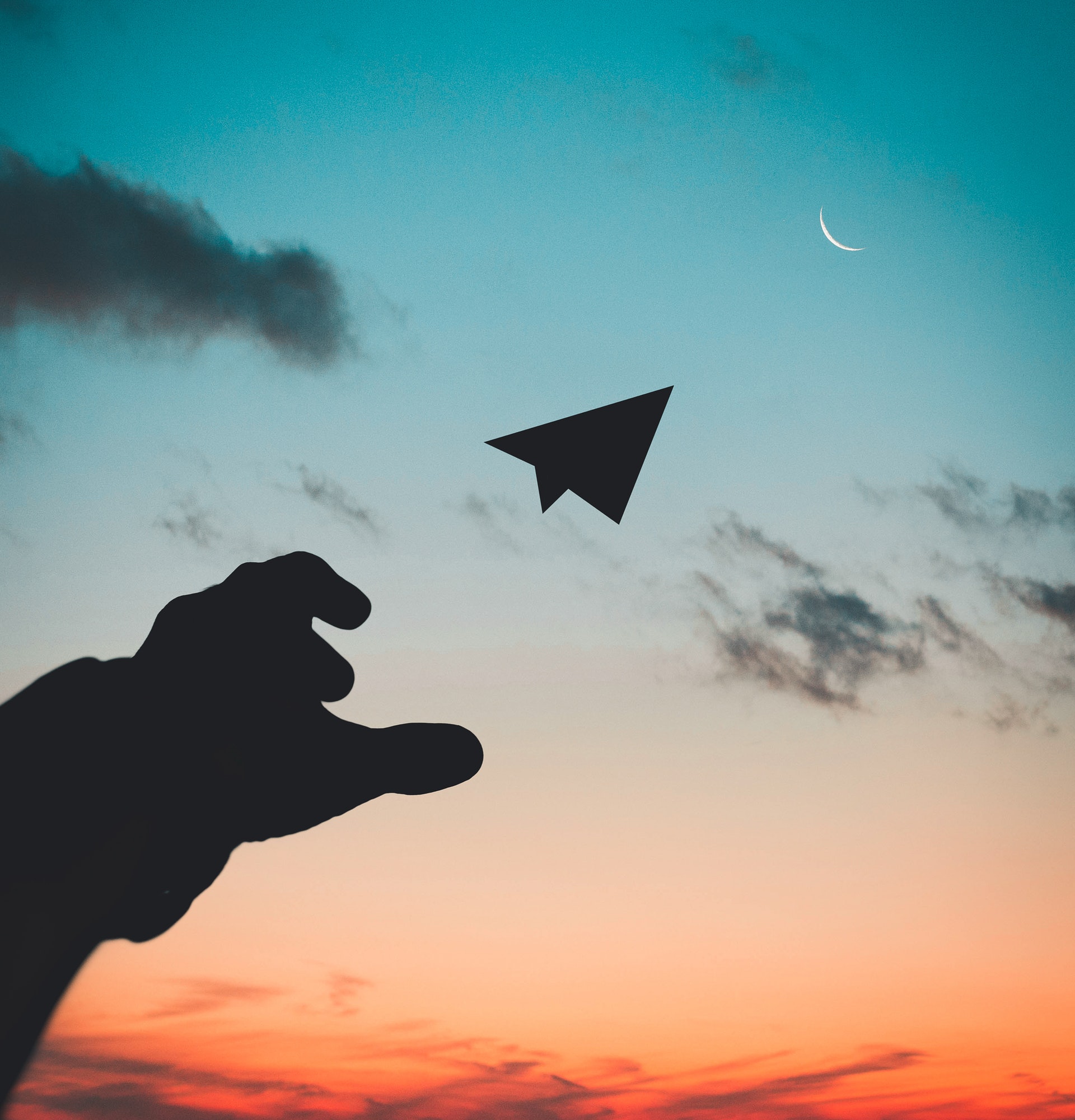 For eight years running, the Belgrade Security Forum (BSF) team insisted on hosting a panel on normalizing relations between Belgrade and Pristina. Today it constitutes one part of our program we are particularly proud of. Together with Alex Roinishvili Grigorev and his Council for Inclusive Governance (CIG), we achieved a number of “firsts” in this complex relationship, inviting opinion makers, politicians, sitting MPs and chiefs of negotiation teams. In 2019, frustrated with the state dialogue was in, we opened the floor to new voices: younger generation researchers and journalists living or hailing from Kosovo. We felt this is something we owe to our audiences. Three of our speakers and one of our partner organizations in this endeavor authored open editorials on what they see as most important issues from their own perspective.

But context first. Signing of the letter of intent (LoI), first step in resuming flights between Belgrade and Pristina, came out of the blue. No one who is apparently “in the know” – knew. Determined to take on the challenge as it was a business relationship problem, Trump’s envoy Richard Grenell identified one field where there was interest and opportunity – air travel. After drawing passengers from Tirana to its network of destinations, and in particular flights to the US, Air Serbia was interested for the route back in 2017. However, current state of relations between Belgrade and Pristina prohibits it; so, a company belonging to Lufthansa Group – one of dominant players in the Western Balkans market – stepped in. LoI is only the first step; several more are needed for the flights to take place.

This latest development, next to High Representative’s Borrell’s visit and expected formation of a new Government in Kosovo, should at least provide us with some sense of optimism for a process that has effectively stalled for at least three years. Right up until then, EU’s mediation was hailed as a success and normalization under its auspices seen as key precondition for attaining membership. At the time no formal recognition was demanded from Belgrade – not surprising given EU’s inability to come out with one unified voice. Article 14 of Brussels agreement, however, stipulates that both sides need to refrain from blocking each other’s “progress in their … EU path”. Serbia opened membership negotiations; while Kosovo, through integration of police, civil protection and, later on, judiciary strengthened its sovereignty. It is natural for parties to have interests – tied to their understanding of what their citizens, their respective countries’, and ultimately, what they personally need. Pristina wanted to integrate the North, while Belgrade wanted to link it with Serb municipalities south of Ibar in order to provide a high level of autonomy and keep special ties open (Stefan Surlić). However, differences in interpretation (the now infamous “constructive ambiguity” neologism used by Brussels) of what was agreed and following technical agreements where both sides, obviously, had something to lose (on Association/Community of Serb Municipalities and Energy) came to present formidable stumbling blocks. Incidents, at times overblown, along with “internationalization” of the issue, now painted a much different picture. With nomination of territorial solutions and imposition of 100% tariffs, amounting to embargo on Serbian goods whatever was left of normalization context seemed to be taken away.

Bitter divisions that ensued in both societies should be a sign against expecting an all-encompassing agreement any time soon. Time is not ripe. As Centre for Social Dialogue and Regional Initiatives (CDDRI) research, commissioned by the US Embassy in fall 2019 shows, “one of the main obstacles” is “lack of preparation of public in Serbia to accept any agreement”. There is noted “difficulty of reconstructing long-standing narratives”; in Serbia and for ethnic Serbs, Kosovo remains “the cornerstone” of “Serbian state” and “identity”. Highly negative stance towards ethnic Albanians persists. Only 14% of respondents would agree to support Kosovo’s independence even if it was a precondition for Serbia’s EU membership to be unlocked. What all of us engaged in promoting the dialogue know well – the very word “recognition” is “emotionally charged”. One finding in particular, that with formal recognition, support to ruling party drops significantly – sheds another light on the preferred outcome.

What makes the agreement even less likely, is “strategic divergence” or dis-function observed within the West. In a long line of disagreements on how to approach key strategic challenges, France went against Germany and put a halt to North Macedonia’s and Albania’s aspirations. “Balkan losing its EU perspective has effectively killed the EU’s leverage in the Kosovo-Serbia dialogue” (Agon Maliqi). Without EU perspective, there is no pressure on Serbia to recognize Kosovo; while Kosovo has no incentive to take part in a dialogue that does not lead towards recognition. By now this is common knowledge: decision and policy makers (in Kosovo in particular) demand to know where existing or future process might lead, expecting it to be something more than just “normalization”.

On the other hand, civil society struggles to explain what normalization meant – for Milica Andric Rakić, it is “to agree to have normal relations” but she goes on saying how “neither are parties prioritizing normal relations, nor are they free to define what is normal to them”, referring to “red lines” drawn in practice by parts of international community following the talk of border change (“correction, adjustment”). The EU did what it could; its approach from the start was that only issues agreed by both sides could be discussed. Brussels was there to provide positive encouragement, not to twist arms. They hoped “we” (meaning those who govern us) have evolved; and that what is in essence – among many other things – an issue of statehood, identity and accumulated history – could be brought down to technical aspects of exchange of people, goods and services. It is worth noting that US Envoy now seems to be emulating that approach.

Meanwhile the gap between expectations and reality has widened, producing more negative sentiments. Those actually benefiting from technical agreements do not constitute majority in our societies. However, people are not against the dialogue itself (Naim Rashiti) and results of in-depth interviews and focus groups done by Kosovo-Serbia Policy and Advocacy Group (KSPAG) to be published in late February/early March 2020 will show this.

What awaits us in 2020 is unclear. In Serbia, SNS-led government won its international legitimacy on the basis of the promise to be more cooperative with international community than its predecessors were. And for some time it was. Now it faces internal legitimacy crisis, triggered by the opposition’s decision to boycott the elections scheduled for April 26. For reasons that can perhaps be best described as psychological, any turnout lower than 50% of the electorate would be understood as a massive failure for the government and victory for the opposition. Government formed following such election results would find reaching any resemblance of a consensus on Kosovo difficult.

In Kosovo, VV-LDK government will tackle domestic issues first, rule of law and state capture, and then start re-evaluating what has been agreed so far within the dialogue process, in order to understand the actual impact of agreements reached. Part of the international community, most notably Germany and the UK, seems willing to give that “breathing space” to the nascent coalition. There are, however, competing agendas, and being able to resist what will no doubt be growing international pressure at one point, will be a test of will for the new PM. Meanwhile, the man in question has toned down nationalism; spoke to Serbian List and been busy transforming himself into a statesman. He does not trust Belgrade and that is fine; Belgrade does not trust him neither. Talk they must.

With the LoI on reopening the flights, it seems that the US have again taken initiative, confirming the perception of them being that one actor that can “get things done”. While Belgrade and Pristina are not trusted enough to reach an agreement on their own terms, the EU, Germany and now we see – Russia – will want to be part of the process leading to an agreement. And if the European consensus on the Balkans goes breaking, then indeed we are “left to ourselves” (Maliqi). No reassuring image, since “our divisions and animosities are still far too great … for us to be able to settle the political and security architecture of the region on our own”.

In 2020, the Belgrade Security Forum continues to delve even deeper in the state and perspectives of dialogue; until one of our goals – a genuine dialogue between and within the two societies – is reached.

This brief has been produced within the project Belgrade and Pristina, Normalizing Comprehensively supported by the Canada Fund. Its contents are the sole responsibility of the author and do not necessarily reflect the views of the Canada Fund.