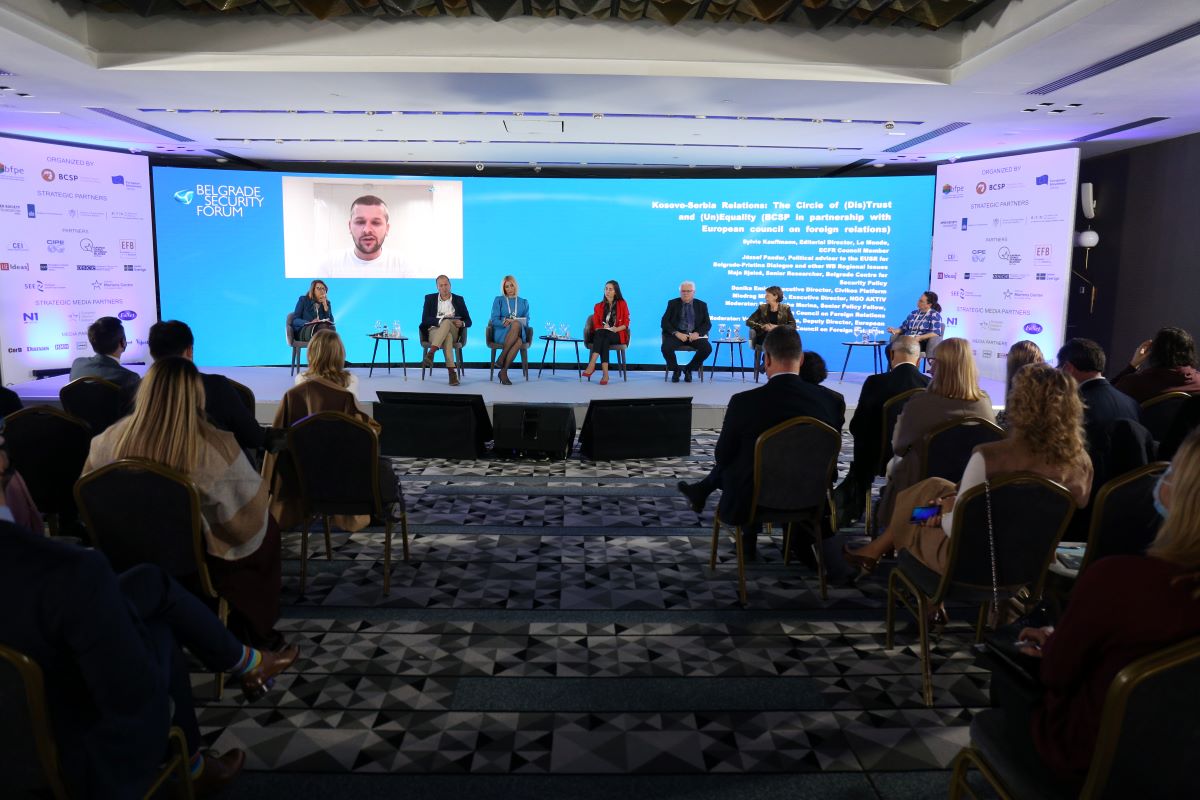 According to the survey’s findings, the majority of Kosovo and Serbian population do not believe in the Dialogue and do not trust political elites. Few people want to recognize Kosovo, and both cultures are divided on the subject, according to Ms. Maja Bjeloš, Senior Researcher at the Belgrade Centre for Security Policy.

Ms. Donika Emini, Executive Director of CivKos Platform, stressed that young people continue to see dialogue as a tool that may help strengthen bilateral ties. Since the Brussel’s Agreement a few years ago, the story has remained unchanged. According to Emini, Kosovo’s political situation is more diverse, making it more difficult to stop the dialogue. The status quo will persist if nothing changes in the next five years, according to Emini.

Executive Director of the NGO Activ, Mr. Miodrag Milićević discussed inclusion of the Serbian people in Kosovo, claiming that there isn’t proper inclusion and that they have been going around in circles for decades. Individual interests are more important than societal concerns. Milićević remarked that we must endeavor to persuade both parties to recognize what the public interest is, and that they must renounce obstinate policies that are impeding the process of reaching a mutual agreement. Milićević emphasized the issue of political elites failing to build trust, which exacerbated an already difficult process. He feels the framework needs to be changed, which means both sides’ offensive narratives must be eliminated. Also, he proposed joined press conferences and relocation of the dialogue from Brussels to Belgrade and Pristina.

The most important “elephant in the room” is the rise of autocracies, which is inextricably linked to present European crises, according to Ms. Sylvie Kauffmann, Editorial Director of Le Monde and EFCR Council Member. According to Kauffmann, US involvement is necessary, but the Belgrade-Pristina dialogue is primarily a European issue that needs to be resolved by us.

“Recent incidents show the importance of the dialogue, existing framework helped coordinate all the actors to defuse the situation” Pandur concluded.