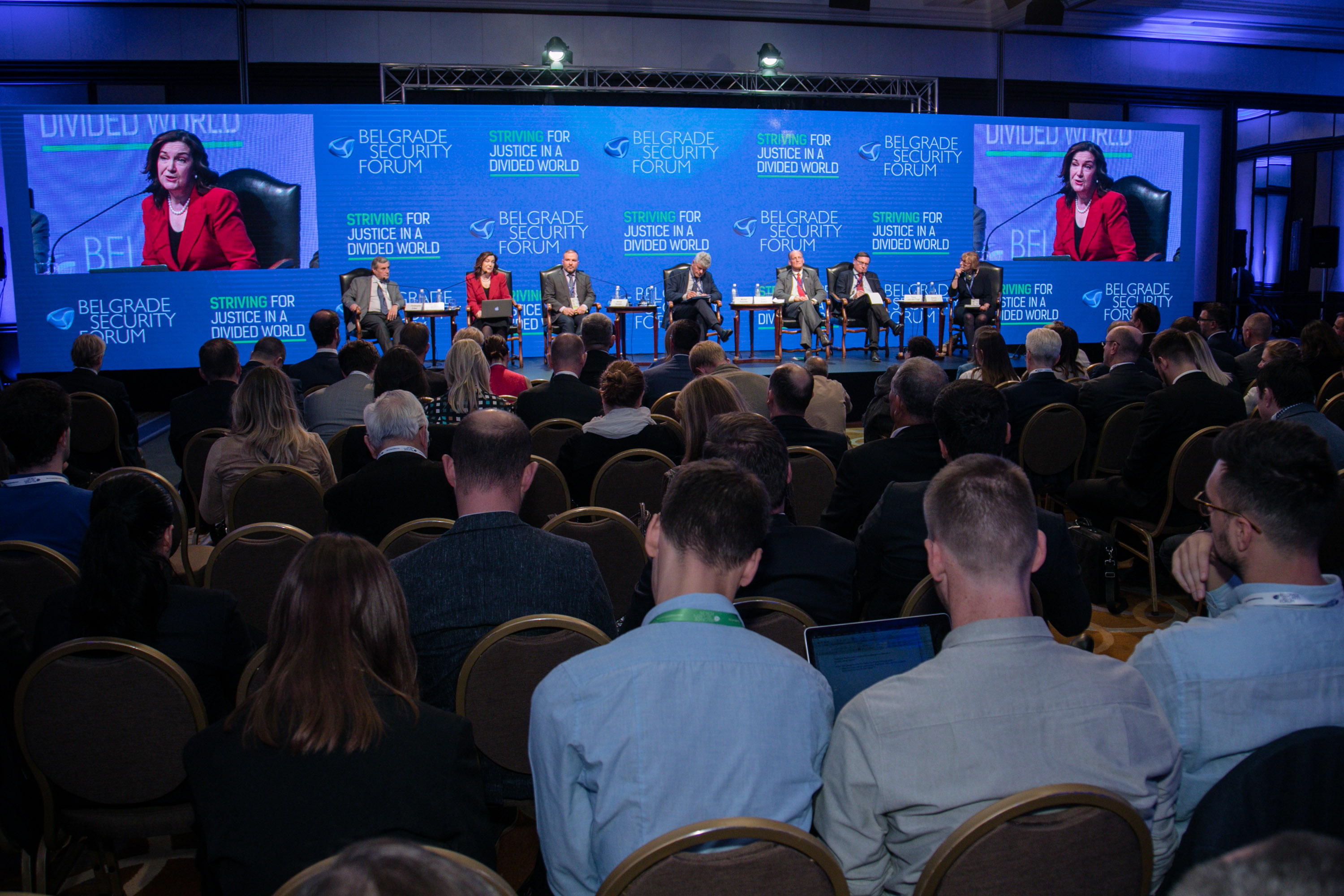 The first plenary panel titled Overcoming Great Power Competition: East, West and Rest attempted to determine which country holds the most power and influence in the Western Balkans. Is it Russia, China, the USA or someone else?The chairman, Vesna Pusić opened the panel by asking how resilient are the Western Balkan as states, democracies, and societies. Other related topics such as populism, geopolitics, cyber security were also discussed.

Christopher Coker, Director, LSE IDEAS and Prof. of International Relations, was the first to answer. He explained how resilience means different things to different people and gave us his own definition of resilience where sovereignty and value system are key. Coker afterwards pointed out misconceptions about the Cold War and Berlin Wall being the turning point in international relations and security. According to him, the two major events in 1979 that caused insecurity in Europe were opening up of the Chinese market and the Iranian revolution.

Theresa Fallon, Director, Centre for Russia, Europe, Asia Studies CREAS, made a point most of the panelist agreed with: we often overestimate Russia’s influence in this region and underestimate China’s influence and power. In the Balkans we always think of Russia in terms of influence, investment and power, but China has grown so much in this region and it has even emerged as a major economic factor in the region.

“I believe China poses a greater long-term strategic challenge to Europe than Russia”, she told us.  When it came to China’s strategy Fallon believes China’s best strategy was convincing us they had no strategy when they actually knew exactly where they wanted to go.

“China is changing us more than we are changing China”, Fallon concluded.

Alexey Kovalev, Head of Investigations, meduza.io, Russia, pointed out how Serbia and Russia are not as close as people in the region want to believe. When you look closer Serbia and Russia’s relationship is quite superficial and behind it all is only a financial connection. When asked about Russia as a threat to cyber security Kovalev underlined the lack of resources in Russia and instead pointed us in direction of China saying he would be much more worried about the possibility of Chinese hackers attempting a cyber-attack in the future.

Michel Foucher, Chair of Applied Geopolitics, College of World Studies, emphasized the need for reform within the EU.

“We have to reform the EU itself, starting with European Commission. We need EU working better, for example starting with fiscal issues. So EU is still not ready to absorb new members”, Foucher stressed.

The rules of decision making processes need to be changed. Too many matters in EU are decided based on unanimity, and instead they need more of areas where EU can make a decision based on qualified majority instead.

Peter Zwack, Brigadier General (Retired), U.S. Army, began by assuring us the US is heavily interested in the Western Balkans. It invested a lot, and they are still present in some places in the region. Later on, Zwack touched on some of the issues with social media and large platforms such as Facebook, Twitter etc.

“In the cyber world it is easier for truths and lies to travel faster. If you do not tackle a lie fast, it becomes the fact”, he explained adding that this occurrence only fuels more polarization and feeds into populism.