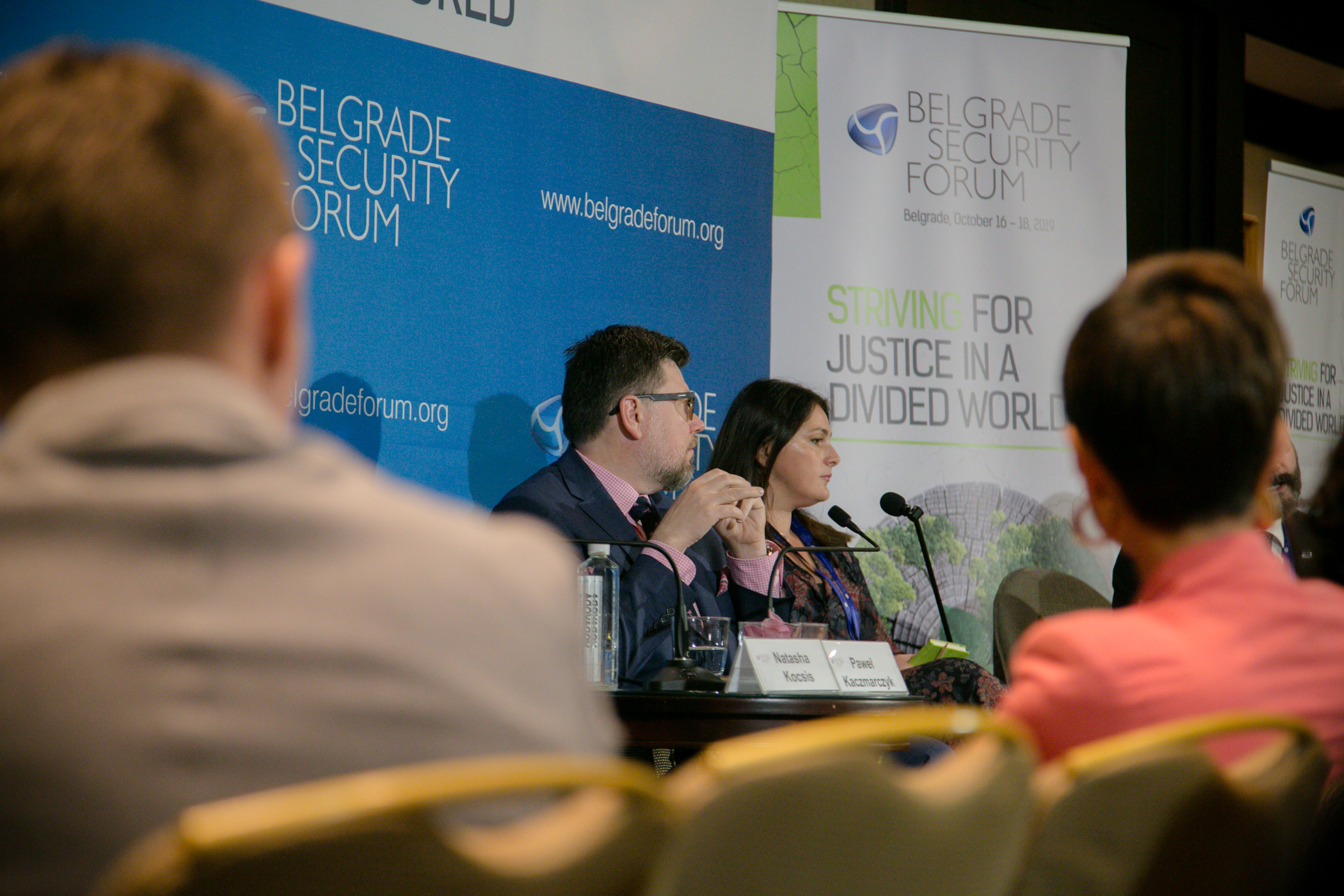 The session titled Our Own Migration Crisis: People are Leaving and What Can Be Done About It addressed the issue of migration and presented some of the initiatives taken in Serbia, as well as good practices around Europe.

Moderator Emil Atanasovski, Director for the Western Balkans, Westminster Foundation for Democracy asked questions about youth alienation, youth emigration and the circularity of the migrations, as well as exploring the affects of this trend and whether it has a positive side.

Alida Vračić, Director, Think Tank Populari, Europe’s Futures Fellow, Institut für die Wissenschaften vom Menschen and Visiting Fellow, ECFR began by explaining that the crucial aspect of the immigration issue is that the energy was lost. She pointed out that the feeling of impotence is contributing to massive departures and part of it related to the fact that we have been aspiring to become members of the EU for greatest chunk of our lives but we are not seeing much progress. Therefore, it is not just economic reasons, it is also political reasons and the pressure that they feel if they don’t belong to certain ethnic, religious or social groups, she noted.

Vračić also emphasized that it is a myth that the EU will fix the whole immigration point and will probably not bring the change.

“It comes down to being realistic about what we want to achieve and setting a realistic framework for what kind of emigration is happening in the region”, she concluded.

Paweł Kaczmarczyk, Director, Center of Migration Research, University of Warsaw has a lot of experience in migrations so he pointed out that we need to accept reality which is that people are mobile and there is no chance to control it because people will simply migrate. Key determinants of migrations must be understood and we should do our best to utilize the development potential of migration, we need to build links to diaspora, he emphasized.

“The last but not least is that we need to work on well-preferred returns because people are moving back and forth”, he told us.

Natasha Kocsis, Director, Serbian City Club, United Kingdom emphasized that immigration is not a new phenomenon at all, people are migrating all the time. The difference is that in Western Europe people go back home, but in our part of the world, it seems to be going only in one direction. She added that we need to talk about the cost of people who are leaving.

There was a general understanding that this is a big problem, Brkljač emphasized. It is the perfect time to create an organization that will be solely dedicated to communicating with our diaspora and it is essential to develop trust.

Peter Grk, Secretary-General of Bled Strategic Forum, Ministry of Foreign Affairs, Slovenia pointed out that we have to break this vicious circle. The problems are corruption, lack of hope, unemployment and many more.