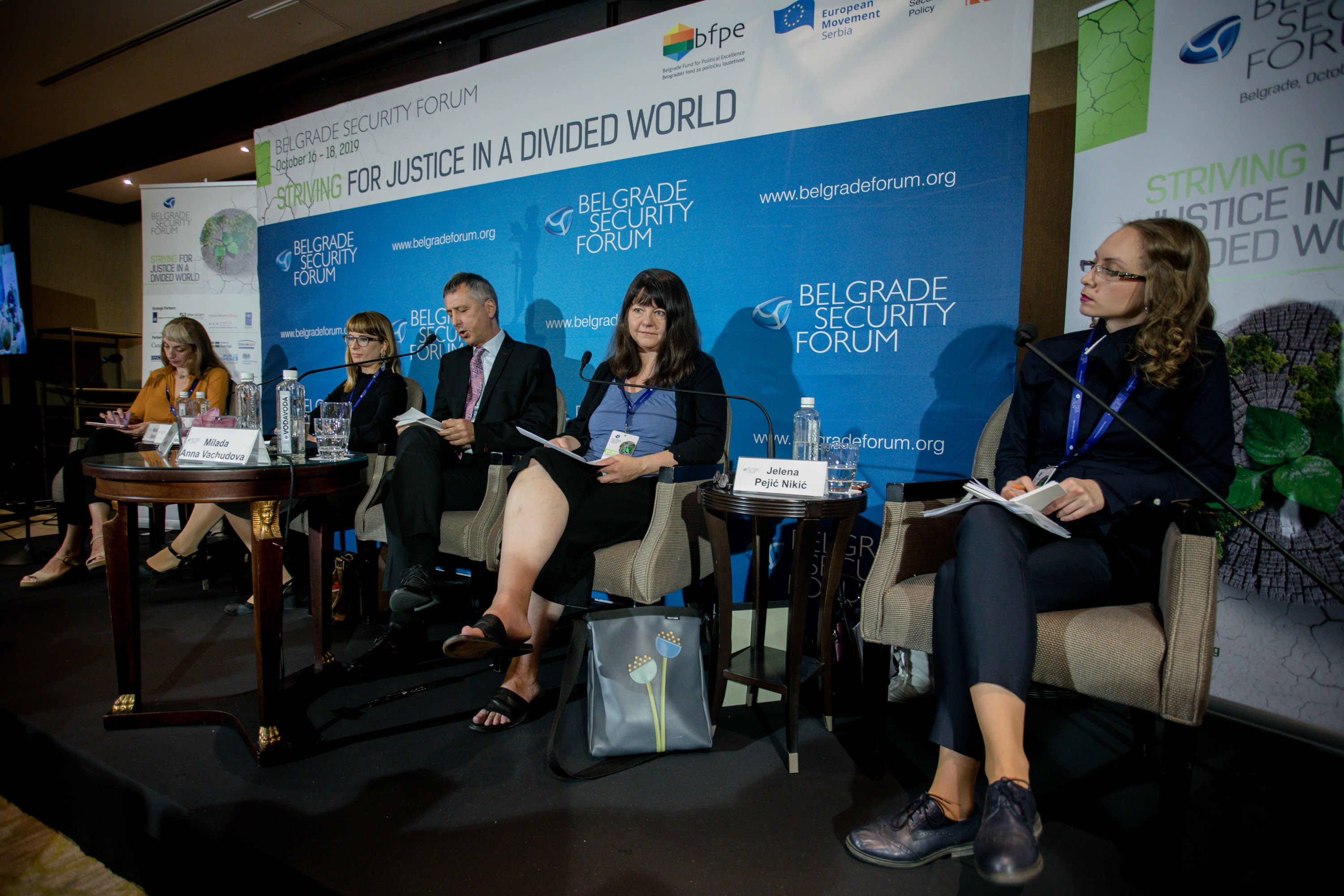 Following the Academic Panel 1 that focused on regional security and the retreat of liberalism in Europe, the focus in this panel was placed on the same issues of one region – the Western Balkans. The panel, moderated by Jelena Pejić Nikić, Researcher at the Belgrade Centre for Security Policy, discussed how wider trends of liberal democracy affected the Western Balkans, and how the region dealt with the current democratic backslide. The panellists recognized the growing influence from non-Western actors as the challenge ahead, which can only be tackled by a united European approach.

Milada Anna Vachudova, Uni. North Carolina, set out to identify ethnopopulism as a key issue that transforms the EU and the security in the Western Balkans. After defining the concept as a form of populism that claims to represent the true people, which are ethnically defined, she sketched different examples. According to her, it is difficult to compete with ethnopopulist leaders once they have risen to power. Why? –  Next to amassing key positions in the state they concentrate economic power too in order to enrich a small circle of elites. With regard to the EU enlargement, a potential consequence of this trend could be that the EU’s foreign policy is blocked by states ruled by an ethnopopulist leader.

Prof. Vachudova drew a lot of attention during the discussion when asked to share her perspectives on topics ranging from the Hungarian candidate for the position of the Commissioner of Enlargement, to the EU’s normative power.

Neven Anđelić, Regent’s University, London, talked about the influence of Western actors and their intervention in foreign countries (notably in the example of the Middle East), stating that “liberal democracy is not always widely appreciated”. He went on to point out that illiberal democracies, i.e. undemocratic countries ruled by populist regimes, make the top most populous and largest countries in the world. He further stated that in just 20 years “far-right politicians have become regular members of governments”, giving the example of Austria.

Tena Prelec, LSE, argued that as a part of the discussion on backsliding, the factor of money-and more precisely the influx of foreign direct investments from non-Western actors- plays a key role. According to her, Western Balkans regimes facilitate the inflow of so-called corrosive capital into the country. Furthermore, she outlined that political and business relations work hand in hand in order to help sustaining their respective position. In turn, a change on the incumbent regime is even more difficult.