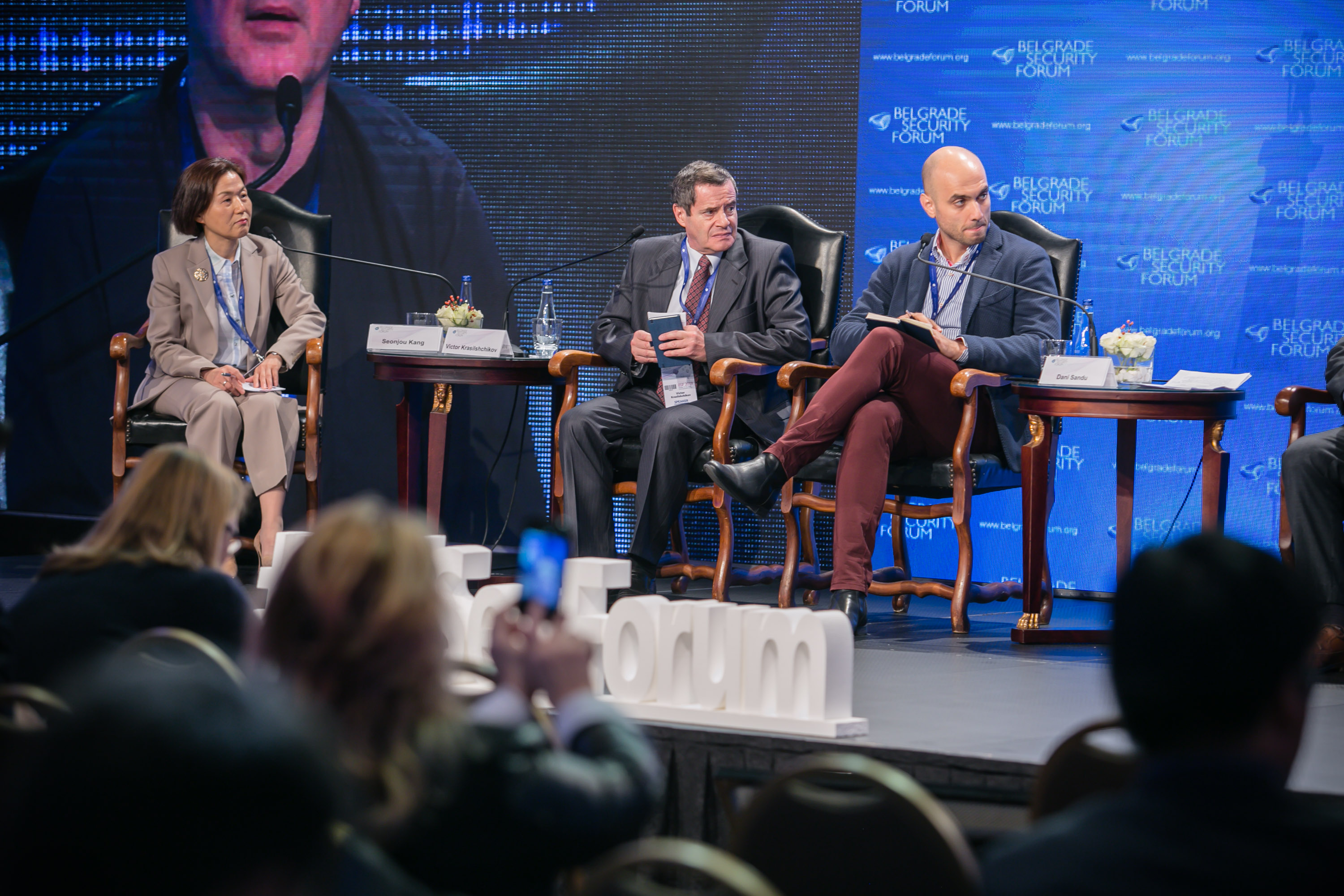 Plenary Panel 4th Industrial Revolution moderated by Lazar Džamić, xoogler, lecturer and writer, saw panelist pondering on questions whether the 4th Industrial revolution was real and what it brought. Speakers agreed that it enables a lot of new opportunities, but in order to seize them significant changes in many sectors were needed.

Džamić noted that 4th Industrial Revolution means all things are getting smarter and cognitized.

Viktor Krasilshchikov from Polish Institute of Advanced Studies, warned that “technocratic approach underestimates the importance of human factor in production”. He explained that in industrial era it was possible to borrow advance technologies from more advanced countries, while today that is more difficult.

Changes the new era brings are unprecedented and their speed also has no precedent, as Anna Diamantopoulou from DIKTIO – Network for Reforms in Greece and Europe pointed out. Nevertheless, Seonjou Kang from Korean National Diplomatic Academy argued that 4th industrial revolution is not progressing as fast as we wish it to. It also affects the nation’s competitiveness and that brings changes to the international relations. She pointed out the importance of keeping up with the changes in technological sector.

“The changes will take us to a new type of political system,” continued Dani Sandu from Social and Political Sciences Department, European University Institute. He focused on labor market polarization. He sees a big difference between jobs that are automatable, which are most endangered and those that are not, which are more abstract and need human touch. That is the reason education needs more focus on ethics and philosophy – , “things that are absolutely human” as he said.

Gerard Owens from European Patent Office commented on increase in patent trends in last 10 years, which can give us a good reflection on where technology is going. Main characteristic of 4th industrial revolution is connectivity, Owens argued, for it brings a lot of potential issues like privacy and security. 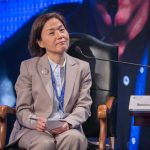 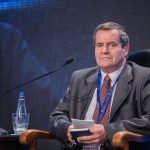 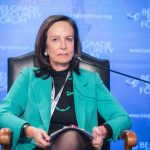 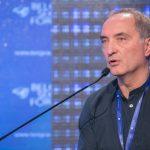 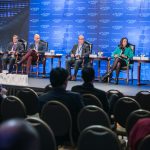 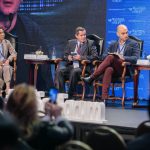