Evening Session 3: The OSCE 40 Years after the Helsinki Accords opened the debate on the future of the Organisation for Security and Cooperation in Europe. 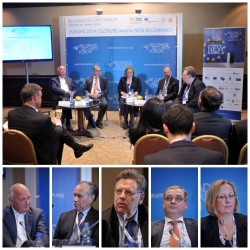 Questioning the relevance of the Helsinki Accords in current circumstances, panelists assessed that the called for comprehensive reform of the international organization represented a great challenge. Additionally, the Ukrainian crisis brought upon a critical test for the OSCE; it revealed all weaknesses of the European security architecture. The way the situation will be handled will shape the future of the Organization.

The evening sessions were conducted under the Chatham House Rule.