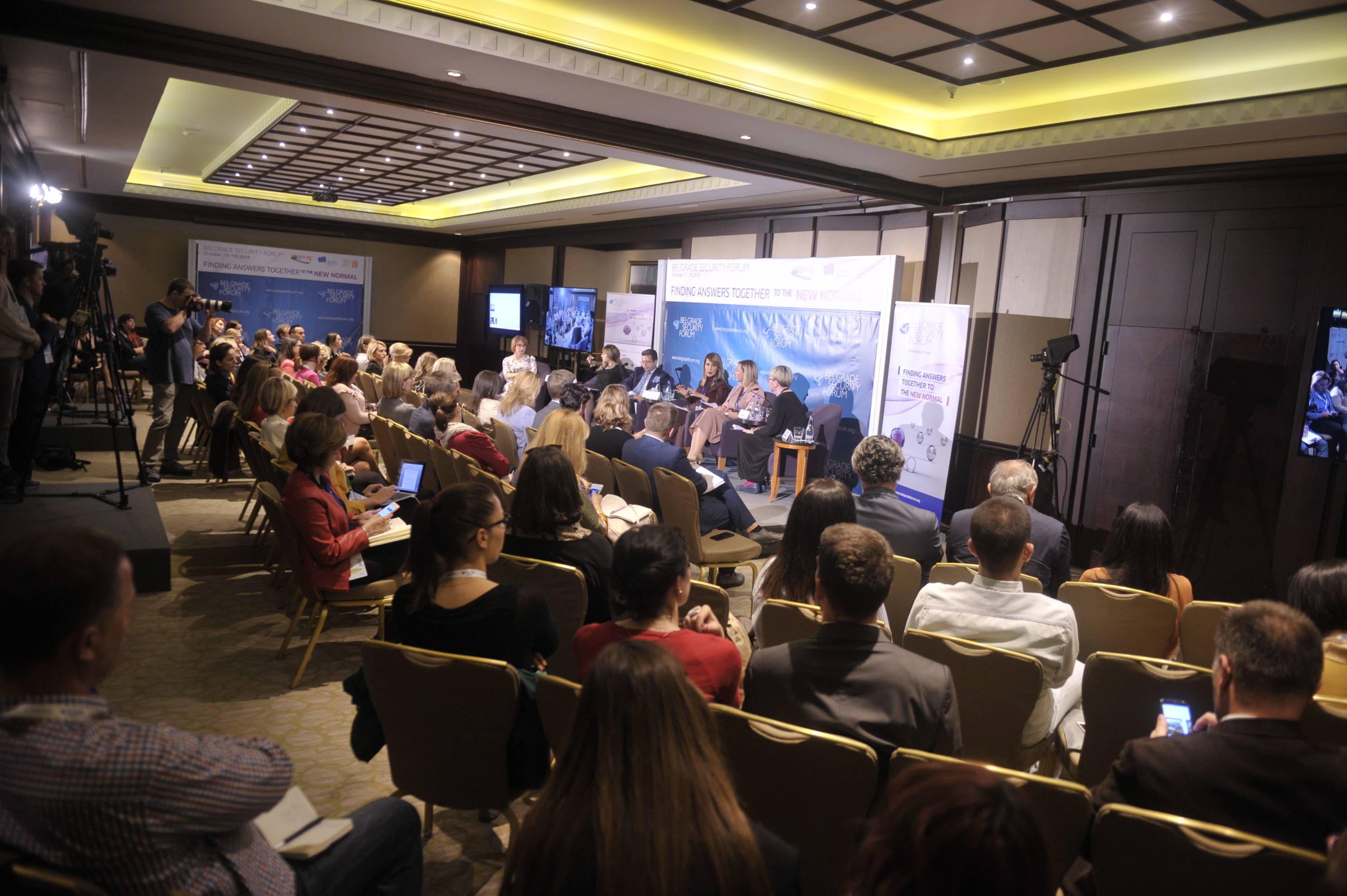 Why more women? “Why not?” moderator Karolina Leaković, Vice-President, Party of European Socialists Women, asked jokingly at the very beginning of the session dedicated to female perspective in politics. All the panelists agreed that when there are more women involved in politics and decision making those processes can only get better. Women are usually the ones who turn the political monologue into a dialogue and their contribution doesn’t end there.

Tatjana Macura, Member of Parliament, Serbian National Assembly, Serbia, commented оn the title of the discussion explaining that for her it is not just about the number of women.

“It is not important whether there is more women or men, we need to change the political culture in Serbia”, she said. It should be normal to have 50 per cent of the parliament be women simply because 50% of the Serbian population are women. For Macura, the main goal is not just to enter the political arena but also to motivate other women to get more involved in politics and decision-making processes.

Majlinda Bregu, Former Minister of European Integration of Albania, shared with her vision for Albanian women and women in the region. She believes the region would be a different and a better place if more women were in charge. „Education and employment are crucial to increase women’s equal participation and equitable representation“, she stated, pointing out how most young girls tend to have degrees in social and political sciences more often than tech.  In the end of discussion, Bregu emphasised the need for partnership between men and women. „We can’t do it alone“, she told us.

As the only man on the panel, Amb. Andrea Orizio, Head of the OSCE Mission to Serbia, started off by stating the importance of „women time- women talking about women to women“. He believes that when there are more women in politics the dialogue gets better and the results get more effective.

“When you have to deal with difficult issues, it is easier when women are involved,” he explained. As one of his answers on the question „why more women“ he jokes that there should be more women precisely so we wouldn’t have to repeat the same question in the future. Orizio ended the panel saying there shouldn’t be more women just in politics but more women everywhere.

Daliborka Uljarević, Executive Director, Centre for Civic Education, Montenegro, talked about her personal experience in politics and what has changed since she first got into politics. “There is still a lot of room for improvement,” she said adding that the change should start with education and changing the narrative. According to a research Uljarević listed there are still a lot of stereotypes and prejudices women in in our region face today. She urges to establish a zero-tolerance policy when it comes to discrimination and mainstreaming misogyny.  In the end she stated that she would never support someone just because they’re a woman because she believes in quality above all.

“In Bosnia and Herzegovina women are downgraded” Ana Trišić Babić, Advisor to President of Republic of Srpska, Bosnia and Herzegovina, said. “In our region women still need to be empowered by men”, she criticized and gave an example on how when a man is successful everybody follows him but when a woman is successful the other women are the first to turn on her and criticize her. She called for more women solidarity and support. 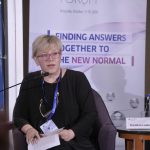 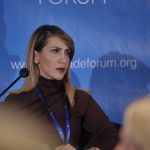 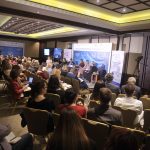 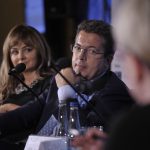 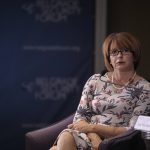 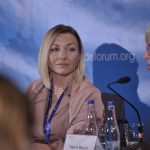