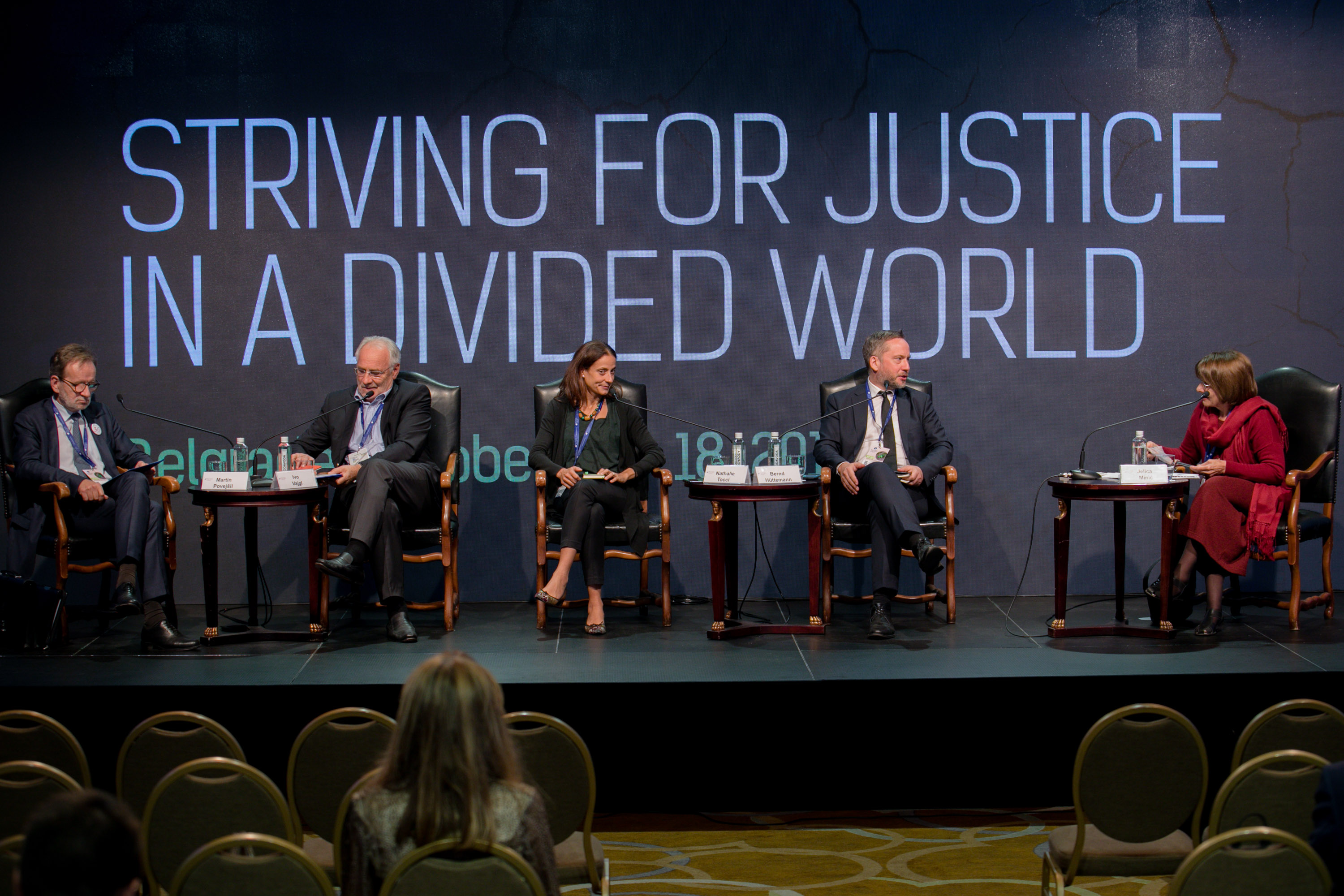 The first session of this year’s BSF entitled ’The Big Bang Enlargement’: 15 Years Since the EU’s Greatest Accomplishment focused on the 2004 enlargement of the European Union and its consequences 15 years on. The panel, moderated by Jelica Minić, Vice-President of the European Movement Serbia, gathered two members from founding countries of the EU (Italy and Germany), and two members from the “Big Bang” countries (Czechia and Slovenia), who explored the current EU enlargement policies and a wider spectre of questions and issues pertaining,  but not limited, to the status of the Western Balkans, most notably Serbia, in the eyes of the EU.

Martin Povejšil, Deputy Minister from the Ministry of Foreign Affairs for Security and Multilateral Issues from Czechia, described the 2004 enlargement as one of the EU’s biggest successes in terms of external operations- noting that it brought positive perspectives in terms of economic growth and stable institution-, but that it also resulted in political divergences and difficulties in single market integration. He stated that the effects of the enlargement are viewed as controversial and imperfect because “nobody is perfect”, and that a large number of EU crises were external crises that hit Europe and it had to cope with them.

Nathalie Tocci, Director of the International Affairs Institute in Italy, stated that the enlargement is seen as a positive part of European history, but also noted that it has its downsides. Making the distinction between ‘light’ (positive sides, such as the economic aspect) and ‘dark’ (negative sides, such as political convergence), she added that, at the time, the enlargement was a historical necessity. Commenting on the current plans for future enlargement, and their slow and even non-existent progress, Mrs. Tocci said it would be incorrect to apply the old enlargement policies to a “region, union, and world that are different”. She also pointed out that the success of the old enlargement affected the way in which the new enlargement was viewed in society.

Ivo Vajgl, Former Member of the European Parliament from Slovenia, commented on his country’s journey, progress, and change as a member state of the EU, which joined as one of ten countries in 2004’s successful enlargement. Referring then to Serbia’s future in the EU, Mr. Vajgl noted that democratic values in Serbia were at stake, most notably in the case of the once avant-garde media being used as propaganda. “Democracy is a serious issue” he stated, adding that if Serbia wants to progress in EU discussions, it ought to have a clearer idea of what is and is not problematic.

Bernard Hüttemann, Secretary General of the European Movement Germany, pointed out the success of the Big Bang enlargement, asking the question “What if it had not happened?” Here he alluded primarily to what the current situation in Central Europe would be with Russia and its influence on the region.

He also noted that internal problems of individual European countries were not the same – because Western Europe “had not done their homework” with regard to some aspects of the enlargement and their work with new and potential members in the past, it was now paying a price and playing it safe by being more careful in new enlargements.

He also highlighted the fact that Europe has come a long way from relying solely on the POVs and desires of France and Germany.