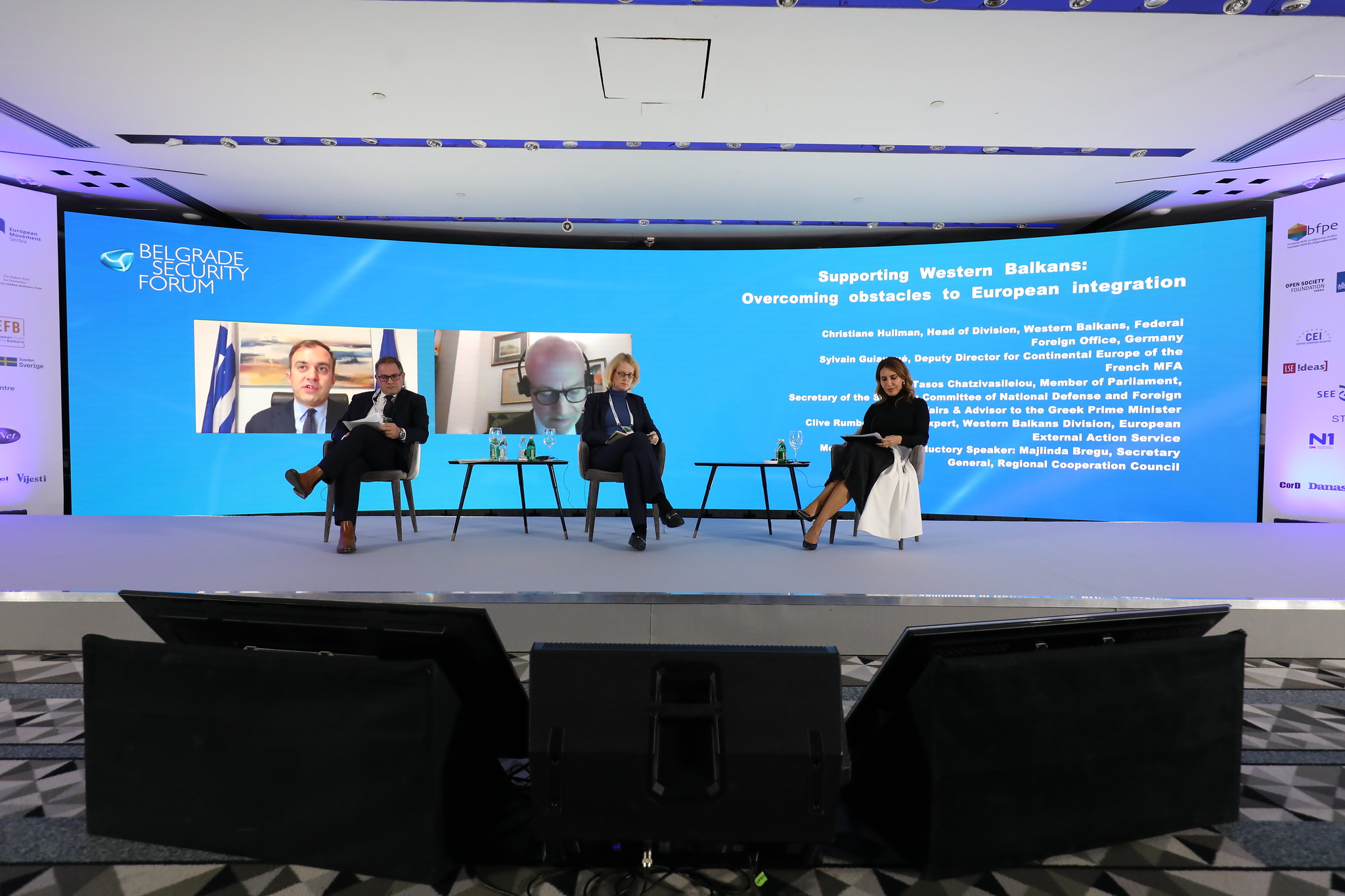 Academic welcoming and keynote speech: Experts in the field recognize either far-right or jihadism as the most significant structural threat for the Europe during the next five years. But this question is often used as a political football.

Academic panel 1: Factors of resilience to violent extremism: Making sure that individuals are aware of false narratives (or biased online content) through inclusion of former extremists may be the key to building community resilience.

Academic panel 2: Resilience to violent extremism in Southeast Europe: It is hard to divide drivers of radicalization and drivers of resilience. They are sometimes two sides of one coin.

Academic panel 3: Resilience and radicalization in a comparative perspective: In literature, democracy is a given prerequisite for the prevention of terrorism, but democracy can be (ab)used to increase polarization and can be divisive. But this is because people often forget what democracy is.

Belgrade Security Forum managed to create a unique venue of dialogue through last 11 years, which is a rare occurrence in a society where common good is not a priority.

Future of the Western Balkans is in the EU with the US as a partner.

BSF panel 1: Dismantling covidocracy – protecting democracy: Before the pandemic Serbia already had weak institutions in Serbia, but since March 2020 we have management without institutions. All the power went to the government, thus there wasn’t any room for dialogue and solidarity which is the key to democratic handling of crisis.

BSF panel 2: Supporting Western Balkans – overcoming obstacles to European integration: Only 1/3 of public in the Western Balkans believe that the region will be a part of the EU, and that this number is falling every year. So there is no surprise that frustration is present, even though the politicians often emphasize the European perspective.

BSF address: an EU resilient to crises: The future of the region is in the European Union and EU will not be complete without Western Balkans countries.

BSF Partner Session: Enalrgement Supporters and Opponents: What kind of EU are we integrating into?: Too much pressure from the EU won’t push the Western Balkans countries towards Russia or China. Actually, strengthening of cooperation may prevent further interference.