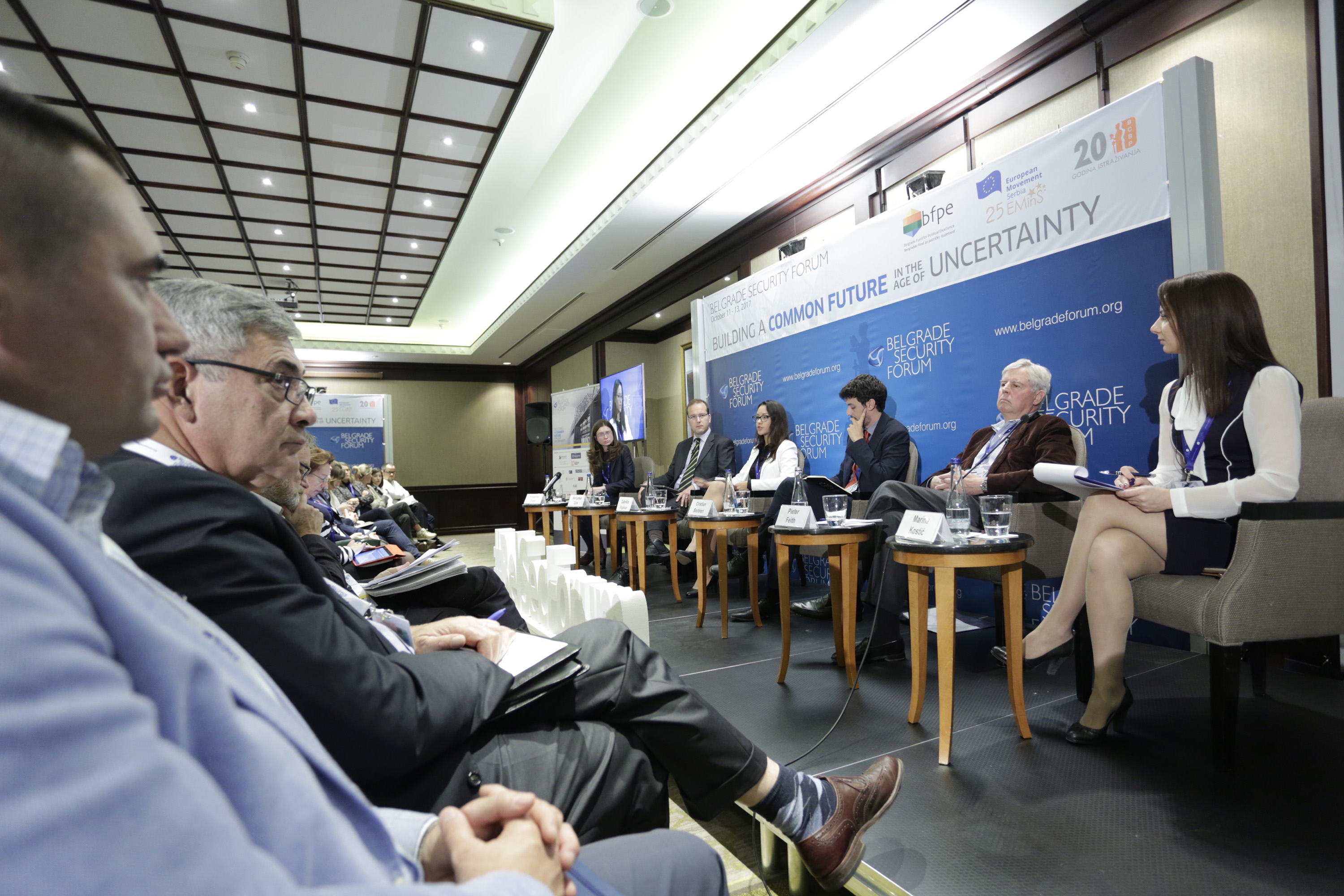 The first panel of the Academic Event of the Belgrade Security Forum 2017, titled “EU as a Civil-Military Crisis Manager” focused on the challenges faced by the ambitious task of creating civil-military synergies in the EU conflict prevention and peace building.

The lack of political will at the Brussels level is evident as EU member states fail to deal with their internal problems. EU member states want to keep operational control over their forces; however if there is to be an essential connection and an integrated EU approach, the mind-set of decision makers need to change. First and foremost, there is a burning need for more delegation in the field and a common surveillance over the chain of command needs to be established.

Katarina Ðokic of the Belgrade Centre for Security Policy discussed the concept of civil-military synergy, focusing on the extent to which civil-military capacities exist. Ðokic explained that this concept indicates operational capacities and efficient use of resources. According to the preliminary findings of their case study, relations between civil military missions and instruments were very formalized.

Gabriela Vogelaar, of Global Partnership for the Prevention of Armed Conflict, focused on the study-case of Mali. Civil and military components are not enough, she stressed, a vast grey zone exists which is not regulated adequately. Among the main questions raised was the compatibility between internal and external security challenges, and how to provide it bearing in mind the pressuring issues of terrorism, as well as migration.

Benjamin Zyla, from the University of Ottawa, focused on the need for a comprehensive approach, which still lacks a clear definition that would define it precisely and foresee its exact use. A comprehensive approach is necessary because it encompasses the complexity of development and human security, and it is particularly important in the most fragile and failed states. Establishing an exit strategy was also stressed as one of the issues of vital importance, as illustrated with the case in Afghanistan. The lack of a common objective was emphasized as a key problem. Zyla concluded that we need a common mindset, as well as a common understanding between military and civilian missions in fragile states in order to be able to coordinate their actions.

Pieter Feith, from the European Institute of Peace, stressed that nowadays we see weak governance, terrorism, organized crime, and very small efforts in solving challenges of weak and failed states. There is a lack of USA leadership, collapse of unilateralism and lack of efficient crisis management, while it is still questionable who will take over leadership in peace building, be it the EU, UN or some other actor. Feith emphasized that human devastation has come to that level that we can’t afford ourselves the exercise of efficient crisis management system, but to start dealing with crisis prevention (early morning actions).

Marina Kostić, Secretary General of the Professional Association of Security Sector, was moderating the panel. 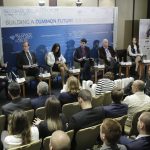 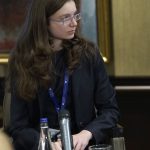 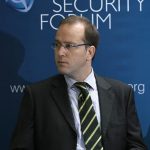 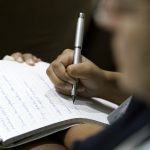 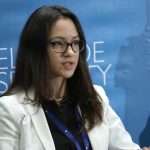 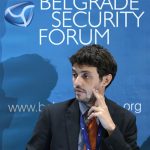 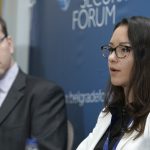 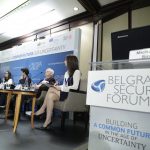