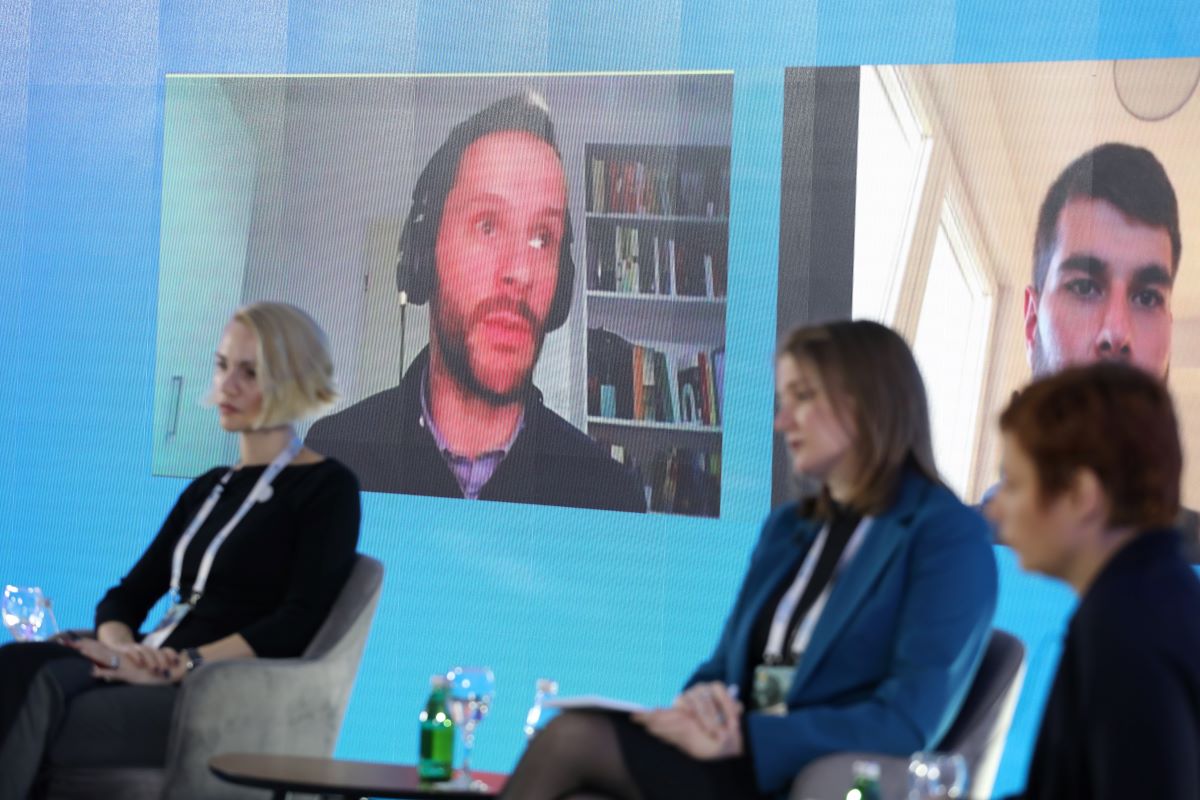 When it comes to democratization in the Balkans, Ms. Aleksandra Tomanić, Executive Director of the European Fund for the Balkans, said that lack of trust in political systems and media is widespread in the region. Initiatives and movements are gaining popularity, but are skeptical towards international organizations. She added that there are tendencies to put the focus on local movements and initiatives through platform called Engaged Democracy Initiative. The question that should be answered is how to change the dominant narrative that politics is inherently a bad thing.

Mr. Gorjan Jovanovski, Founder of AirCare stated that citizens should be engaged in politics, whether through institutions or outside them. Citizens and activists have lost the trust in the political institutions. He added that technology and social media are necessary for engaging civil sector.

Ms. Jelena Vasiljević, Senior Research Associate at the Institute for Philosophy and Social Theory and Member of Balkans in Europe Policy Advisory Group (BiEPAG) said that the problem is lack of trust of citizens. Building the trust of the citizens can be tool for change, but we should be aware that it is slow process. There is a risk that people’s enthusiasm for civic activities will normalize a situation in which institutions fail to perform their functions, pushing people to rely on themselves and their actions. People still want to see responsible and responsive institutions. She added that community foundations are a new way of engaging citizens in political process.

Research Officer at the The Balkan Forum, Mr. Samir Beharić, pointed out that citizens should demand responsibility from institutions. Demand for responsibility sometime works at the local level and it can be said that it is universal success because that can bring hope and create trust on the larger scale.

Talking about the role of technology in civil society, panelists agreed that using it can be very beneficial in educating citizens. Creating online platform which could connect activists and make safe community for engaging citizens is of great significance. After many of activists’ victories, media narrative is changing towards them and other active citizens, said Samir Beharić. There are much more bottom-up initiatives in the Western Balkans and that improves the situation.

During the Q&A session, Samir Beharić and Gorjan Jovanovski agreed that EU has lost credibility in the Western Balkans because Brussels is talking to political leaders instead of people, who don’t see EU as someone who can help citizens defeating obstacles they are facing.