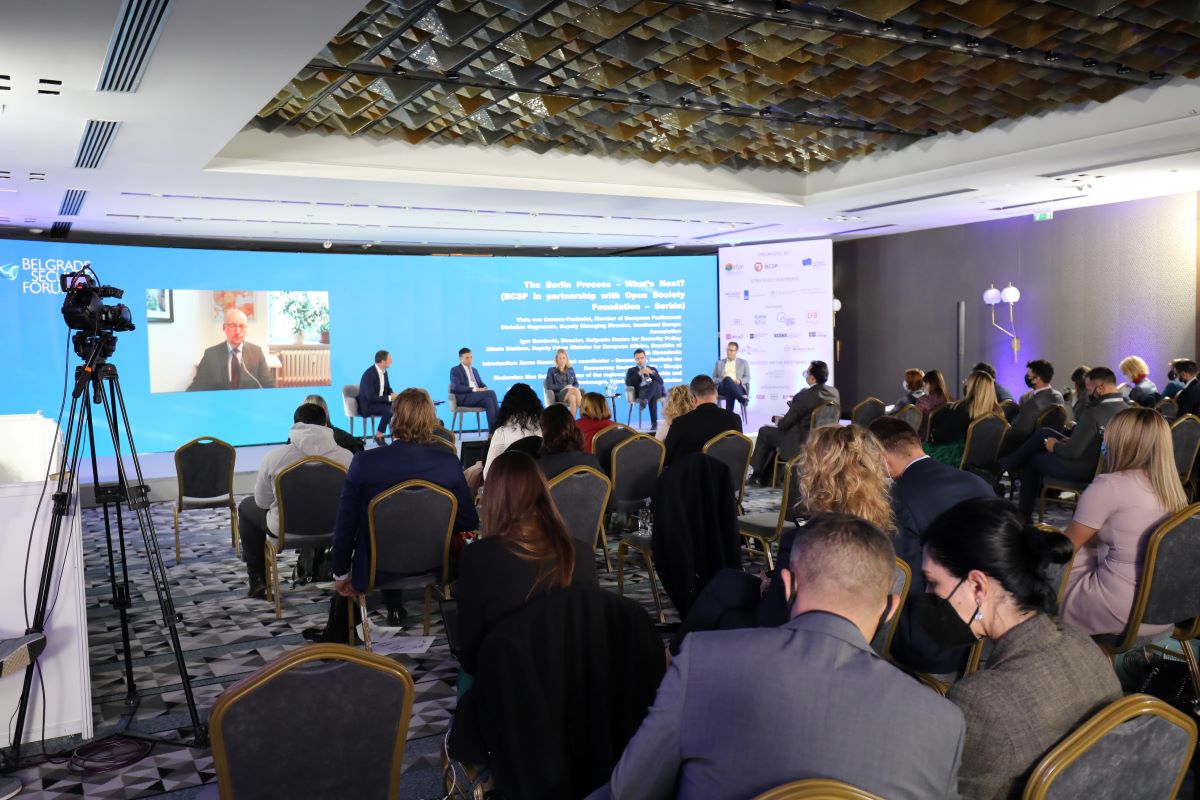 Mr. Zoran Nechev, Project Coordinator and Researcher in the Institute for Democracy Societies Civilis in Skopje stated that the Berlin Process paved the way for dialogue between Greece and North Macedonia. The Berlin Process also gave an incentive in relations between Serbia and Albania. What he also emphasized was that now Berlin Process consists of Western Balkans – EU annual summits, which is the product of German government initiative to put the accession process into focus.

Mr. Christian Hagemann, Deputy Managing Director at Southeast Europe Association highlighted that there was present fear that the Berlin Process will replace the enlargement process in the right way. He also added that the enlargement process stays the most important one and that the Berlin initiative didn’t improve principles such as democracy and rule of law in the Western Balkans countries.

Deputy Prime Minister for European Affairs in the Republic of North Macedonia, Mr. Nikola Dimitrov pointed out that the Western Balkans countries need to broaden their cooperation which will not be focused only on economic growth. He also said that only true cooperation between countries of the Western Balkans will have a positive impact on the EU member countries and that whole enlargement process will be easier.

Ms. Viola von Cramon – Taubadel, Member of the European Parliament emphasized that the European Parliament dedicated a lot of time to the Western Balkans region. She also stated that such a platform as the Berlin Process is necessary for the mentioned region in order to improve its position and access to the EU. The need to talk more about positive sides of the Western Balkans countries is also necessary.

Mr. Igor Bandović, Director of the Belgrade Center for Security Policy highlighted that the countries of the Western Balkans should take more control in respect of the Berlin Process. Otherwise, the cooperation will have certain difficulties to overcome. Such difficulties are evident now when tensions are present and the countries from the region are trying to communicate through alternative ways. He also said that it would be beneficial if all good practices from the Berlin Process would be included in the accession process of the EU.