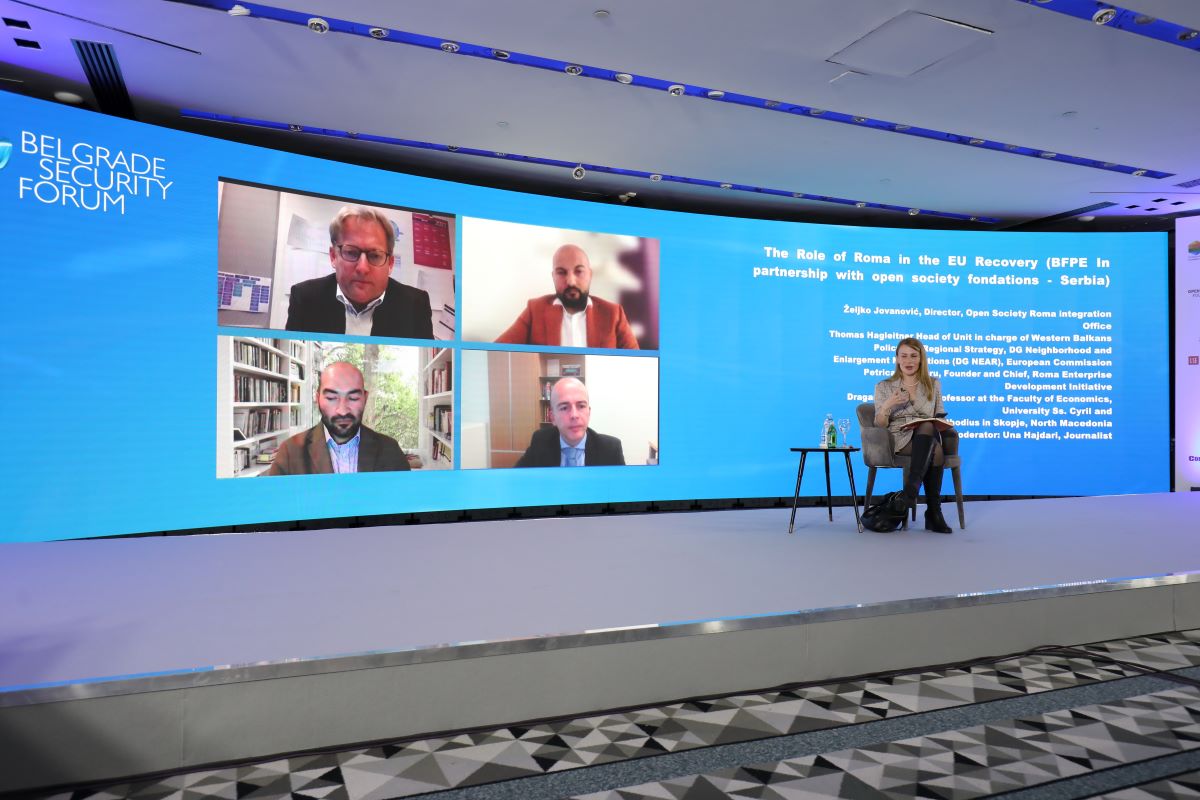 Demand for labour will increase and EU will need a new work force. Roma population is youthful while EU population is getting older, so Roma exclusion could hurt economy, and that could be the cost of racism. Beside being the matter of human rights, employing Roma population can also be percieved as the matter of economics – stressed Mr. Željko Jovanović, director of the Open Society Roma Initiatives Office.

Mr. Petrica Dulgheru, one of the founding members of REDI (Roma Enterprise Development Initiative) emphasized that only way to really show solidarity towards Roma is to enable them access to the employment market. A stereotype that Roma people don’t want to work needs to be abbolished.

Roma community is so far behind in digital economy, I think that we need distinct funding for these communities, grasroots organizations, SME, stated Dulgheru.

Mr. Dragan Tevdovski, professor at the Faculty of Economics in Skopje, highlighted that he, as an economist, believes that the key for the long-term change for Roma is in education, and countries and international community need to invest in it, as short-term employment and skill trainings can only be transitional solution.

Head of Unit in charge of Western Balkans Policy and Regional Strategy at the European Commission, Mr. Thomas Hagleitner, stated that Roma community is part of the EU Recovery Package, and specific programs are target Roma too.

Jovanović also pointed out that neglecting Roma youth could lead to sigificant number of them living in conditions of extreme poverty. This could lead to interethnic tensions and the rise of far right, which is something that all politicians who are advocates of democracy should have in mind.

Dulgheru said that civil society should try different models to see which one can work, which would be then implemented through the partnership with governments.