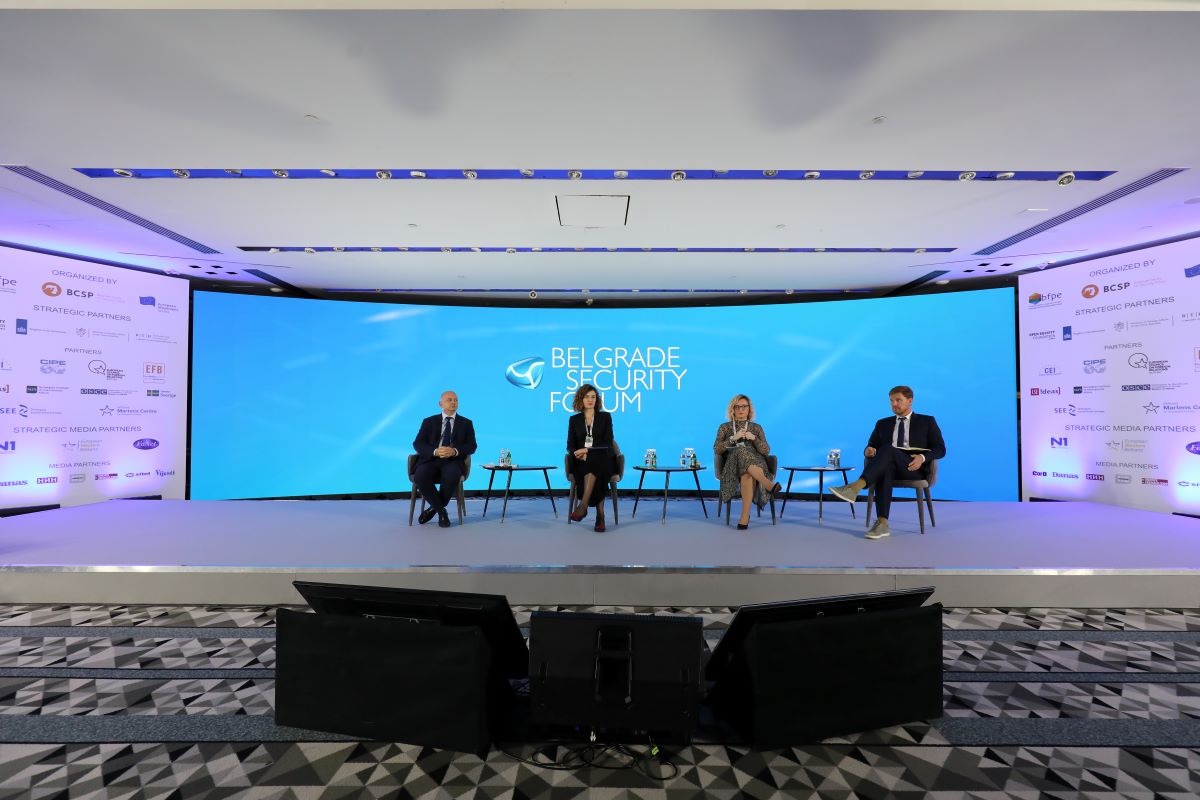 Professor Dejan Jović opened the discussion by saying that it’s impossible to precisely define what is Europe and what are Balkans. They are both opened for changes, and in this respect he made comparison with the concept of Yugoslavia which has been discussed in the Western Balkans for many years.

Ms. Jovana Marović highlighted that current Western Balkans leaders aren’t too much into the EU agenda and reforms. She also said that it seems they are using EU in order to make pressure into public and gain more votes. She also pointed out that civic initiatives have more optimistic opinion of the EU than politicians.

Ms. Anida Šabanović stated that Western Balkans countries are constantly receiving confusing messages from EU leaders. She is of the opinion that not everything is about accession criteria, but in the including the voice of youth, since their interests are directly affected by this process. She also mentioned that it is important to foster the sense of togetherness and that young people from both the Western Balkans and the EU have the same challenges to overcome.

Professor Dejan Jović emphasized that the EU and the Western Balkans countries will never have the same perceptions of the Europe. Neither in the EU the vision is the same – it is depending on ideology. What he also pointed out is that citizens from the Western Balkans are expecting to be seen as equal with the EU ones and that he is not surprised with, in some way, negative attitudes of those citizens in respect of accession to the EU.

It’s important to reform decision-making process within EU in order to save democracy, as viewed by Jovana Marović. What she also mentioned was the intention of the EU to reduce funds for candidate countries (according to the new methodology). Instead of that, she said, it would be more beneficial to let countries from the Western Balkans to participate in various EU policies.

Anida Šabanović stated that people from the Western Balkans are not aware of the benefits they could bring to the EU. The specific geographical position of the Western Balkans is the advantage and because of that its integration in the EU is more certain.