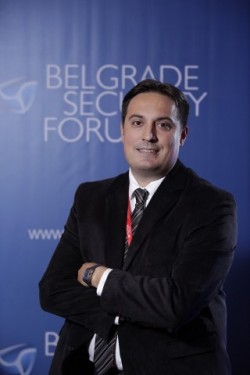 In setting up the Belgrade Security Forum, we started with one simple idea: how actors in the Balkans could also resolve crises, other than just bring new ones to the table. In doing so, we are fueled by the enthusiasm characteristic to newcomers, who still believe there is a common European future to be desired. Come 2016, and all we hear is “fear”, “uncertainty”, and “fatigue” (of enlargement), as more established democracies experience rollback, amidst increased international competition – to put it lightly. It made sense then that the question we asked was “can democracy (or democracies) survive (the global disorder)”. So can they? 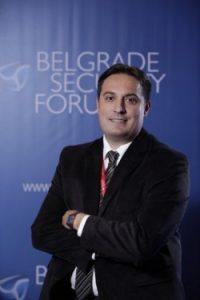 Judging by the first signs, they seem to be failing. Migrant crisis has enabled a number of member states to adopt harsh anti-immigration attitudes and policies. EU’s response to the tide of 2015 has been one of “crisis-led policy making”, resulting in many rapid, flexible and non-binding instruments; while it was left to the IGOs and NGOs of this world to save the day. Such course of (in) action is unsustainable in the long term, which is why we warned governments to begin informing their decisions on sound research; and start paying more attention to integration: some people after all are here to stay. Meanwhile, populist surge keeps on coming.

Democracy seems to be in an even weaker shape in this region. Afore mentioned rollback coincided with “frozen transition”, and had all but halted its consolidation. Under attack from many sides and actors (religious extremism; resurgent nationalism), weakened by the perceived lack of credibility of the international community and real economic dependency, it is at risk of becoming less relevant by the day.

Tangible enlargement perspective, which we hope can reverse this trend, was discussed in detail. The game may be still on, only more complex than ever, due to this multitude of crises EU is facing. Transformative power of the EU seems to be in free fall; with every subsequent accession becoming more difficult, political leaderships of Balkan countries have come to understand the accession as a “moving target”. With benefits of the EU accession not well communicated to citizens, elites feel less obliged to follow the “golden standard”, be it in Copenhagen criteria or somewhere else. Here we have advised governments to stop looking at accession as a goal in itself, rather a mean to facilitate necessary reforms; and to start communicating strategically, addressing, other than member states’ leaderships, their electorates as well.

Not all is bad news, however. We looked at one particular unresolved issue – Belgrade-Pristina dialogue – from many angles. We welcomed two prime ministers, of Serbia and Albania, who, despite their differences, promised to support the process full heartedly. Another BSF session discussed the current impasse as well as possible ways forward: reaching the agreement that continuation of negotiations remains an important goal in itself, and how it should be focused more on the people and improving their living conditions.

Even more encouragement brought the session dedicated to dialogue of prominent women – MPs and civil society leaders – coming from the two cities. While women in Serbia and Kosovo had been through horrendous experiences in the past, they have more courage and stronger will to cooperate than their male counterparts. They emphasized the need for putting national and religious differences aside, and focusing on what is important for all women regardless of their particular identities, such as, for instance, economic empowerment.

Migrant crisis may have well turned the EU project upside down, but has also presented Balkans with an opportunity. First to suffer in the event of another dramatic influx, these countries must push the EU to act. What has for long been “EU periphery” now needs to be included in decision-making and burden sharing. If Balkan candidate countries are capable of pursuing accession without competition between them, they could be sending an important message and great example to the member states.

The EU cannot afford to ignore the Western Balkans. It is already at risk of losing its influence – with illiberal models abound, it is no longer seen as “the only option” or “game in town”. Even worse, it started losing ground among those who were supposed to benefit the most: ordinary citizens. Blame it on the porous elites; rise of populism, or this post-truth politics we are living, it will not matter in the end. As it may seem there is a lot of road ahead of us, but just look how much we have covered already. Few more years of thoughtful and well coordinated engagement by the EU, and we will pass that threshold – together.

From the standpoint of us who organize it each year, being able to produce another edition of the Belgrade Security Forum makes a cause for great satisfaction. Not only that we once again placed our beloved city on Europe’s map; rather, we witness first hand how valuable it is to have academics, policy and decision makers thoroughly discuss some of the most contentious issues of the day in an atmosphere that is egalitarian, engaging and liberating.