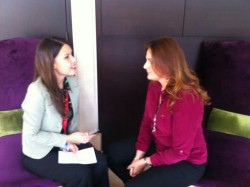 Q: While Euro-skepticism is spreading throughout Europe, some surveys are showing that Western Balkan countries are still rather positive towards EU accession. Why do you think it is so?

A: Because for the Western Balkans, to be honest, there is no alternative at this moment. Other non-EU actors that are around or neighboring the Western Balkans, like Turkey, or Russia, are not offering credible enough portfolio for the Western Balkans. At the same time Brexit has done some damage, I would say, for the entire purpose of the enlargement, and not necessarily Brexit itself because we need to make a distinction between Brexit as an event that happened and Brexit as a process. It is way too early to speak about Brexit as a process, because we don’t know what is going to happen and how it is going to evolve, as it will be triggered only next year in March so there is still some time to wait. At the same time, Brexit as an event carries the notion that could be dangerous for the Western Balkans, because other WB countries aspiring to join EU do see what is happening around. And that is a high level of populism, high level of xenophobia, high level of basically negative attitude towards everything that we thought globalization should be about. I’m afraid that mimicking of some of these features is already taking place in the Western Balkans. Some of the countries resemble to what we are currently seeing in Turkey or Russia, and the political elites unfortunately seem to be willing to follow some of these examples of bad governance. This is the most dangerous thing.

Q: Another crisis that we mentioned was Brexit, which will undoubtedly have far-reaching consequences for the European continent. Do you think that Brexit could particularly influence the foreign policy of European Union? For example, influence the use of intergovernmental decision procedures or maybe gradually result in a greater role of the European External Action Service?

A: It would be a speculation to actually say anything at this stage, because Brexit did happen but we still do not know how it is going to evolve. There is one side of the story which goes in favor of European cohesiveness, so maybe Europe will use this opportunity to make itself stronger. That would be a great signal also for the accession countries, such as Western Balkan countries, but also for others that are a little bit in a limbo, to continue on this path with a bit more energy. At the same time if we keep on dwelling around the fact that the UK has left, I think that we are going to waste so much time without doing anything very concrete, while other important things are happening at the same time. It could be very beneficial to think about staged accession process if you will, where the accession countries would gradually get certain rights, but not all of them, because it seems that enlargement itself is extremely lengthy and there are no clear rewards in the end. The earliest date for the accession of Serbia to the EU is around 2020 or 2025, so there is still quite a lot of time to go. In this process the EU has to be extremely noble. The EU has to experiment a little bit, it has to be brave, courageous and introduce new things that could keep these interest and enthusiasm of the accession countries on the level that we mentioned at the beginning with some attractiveness.

Q: And do you think that the EU global strategy, which was published recently, could be a step towards this direction, or is it just camouflage with new phrases and old style of thinking?

A: It is very interesting, because many would argue the EU Global Strategy is not really a strategy, that it is just a concept, a paper full of ideas, and that it is more about projections rather than anything else. The strategy is a work in progress; it doesn’t even have an action plan, which will come as an addendum. Only once we have an action plan, we can actually know whether the strategy could be implemented. I wouldn’t really call it a strategy because it is a little less than that, at the same time it is certainly the only guideline that we have at this stage. I cannot think of any other document that is on European level that actually speaks forward and elaborates these issues.

A: I think that it is a little bit deeper than that because if you really look in detail what kind of challenges the EU has had, this is really the greatest one so far. Previously we had an economic crisis, Greek debt crisis, and other crises that were not of this magnitude as the

refugee crisis. The refugee crisis also reminded us that we are very much vulnerable, all of us, every single country, because people on the move can do lots of different things in this process. So, I would argue that this is the first great challenge for the European Union, and then we can talk about technicalities that you have mentioned – implementation, rules, etc. We have seen also what happened with protocols that we had in place, which were crafted for situations of minor migration, but not for the numbers of people that we had throughout 2015 and 2016. Even Germany, which was willing to receive all these people, had to adopt its own rules and procedures in order to actually do something sensible, because it was originally envisioned in a completely different way. So, yes, it was a combination of technicalities, but also the lack of the idea that migration could happen in such a way, that caught us off guard. I think that it threw us completely out of balance, because clearly it can happen in such a way and it is still happening as we speak. It can probably get even worse because there are ongoing conflicts, especially in Africa. I would appeal to the EU member states to come up with a common vision on what they want to do and how, because it is not going to go away.