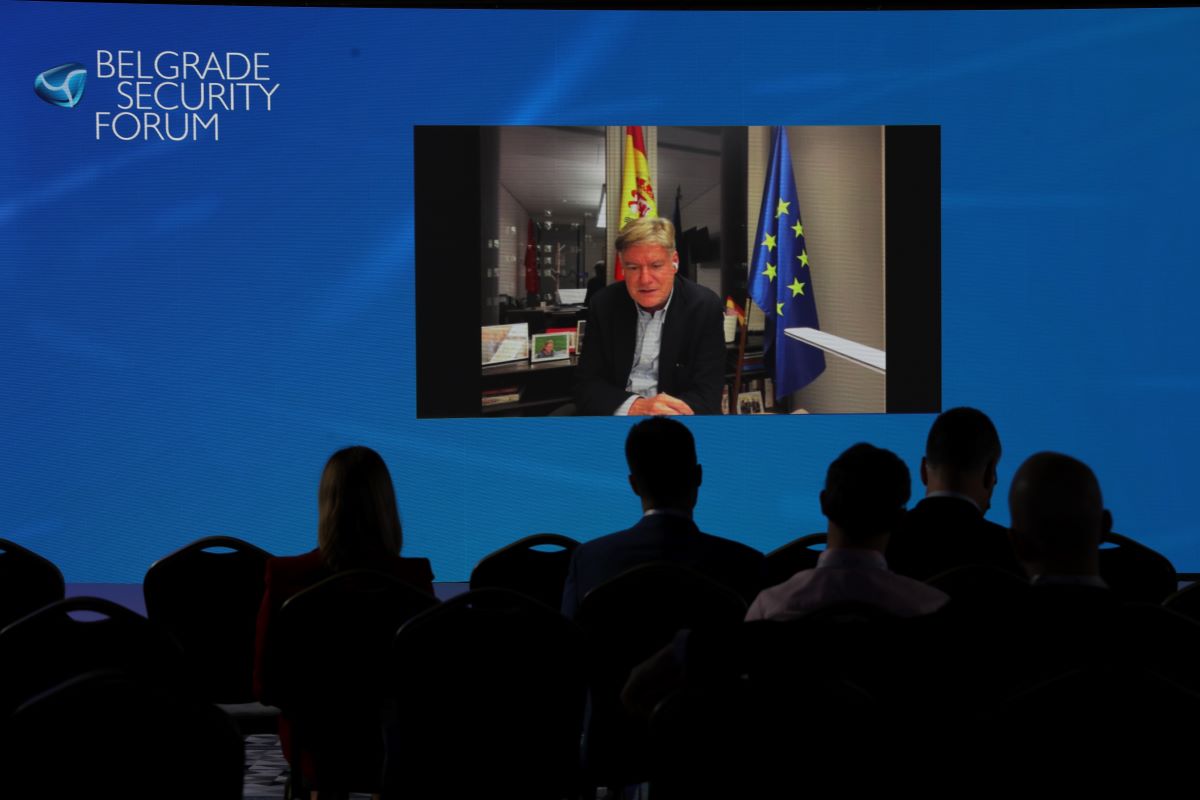 In the BSF Address Mr. Antonio Lopez-Isturiz, Secretary General of European People’s Party and MEP stated that we are facing global crises which is called infodemic and allowed other actors to have an impact on Western Balkans. He also emphasized that the future of this region is in the EU and that EU will not be complete without Western Balkans countries. What he also highlighted was that Western Balkans countries mustn’t be seen only as recipients of the EU aid. While in regarding the role of civil society, he accentuated its engagement and its importance for The European’s People Party. When talking about areas of priority, he said that cooperation in many areas is necessary, particularly within Green Agenda. What he specifically emphasized was that eurosceptics are of the opinion that EU failed in its mission, but that Union tends to become even greater and more important.

As conclusion he confirmed that EU will work on its mistakes and admit critical voices, but, on the other hand it will combat against disinformation and work together with partners.