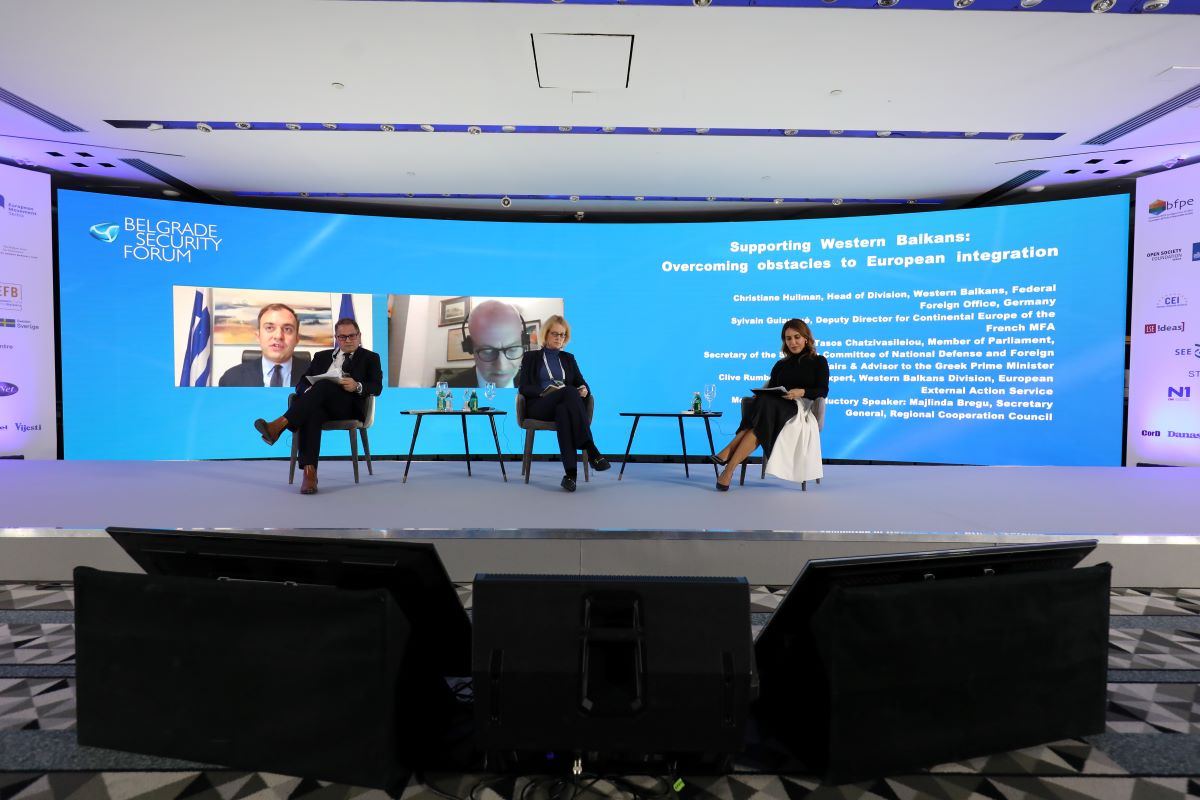 Ms. Majlinda Bregu, Secretary General of the Regional Cooperation Council (RCC) opened the second panel by saying that only 1/3 of public in the Western Balkans believe that the region will be a part of the EU, and that this number is falling every year. So, there is no surprise that frustration is present, even though the politicians often emphasize the European perspective.

Mr. Sylvain Guiaugue, Deputy Director for Continental Europe at the Ministry of Foreign Affairs of Republic of France said that the Western Balkans will be one of the priorities during the upcoming French EU presidency. He believes that Germany and France are both committed to solving the challenges on the Western Balkans’ path to the EU.

Member of Hellenic Parliament and Advisor to the Greek Prime Minister, Mr. Tasos Chatzivasileiou, pointed out that during the last EU – Western Balkans Summit it was clear that some countries from the region are not fulfilling their promises, but that also sometimes happens to the EU. Strong regional market and good jobs are necessary to ensure the European future for the Western Balkans.

Mr. Clive Rumbold, a Senior Expert at the Western Balkans Division of the European External Action Service pointed out that commitment of both sides is crucial. He added that grants and donations directed towards the region are not given for free, that it is EU taxpayers’ money, but we see it as an investment.