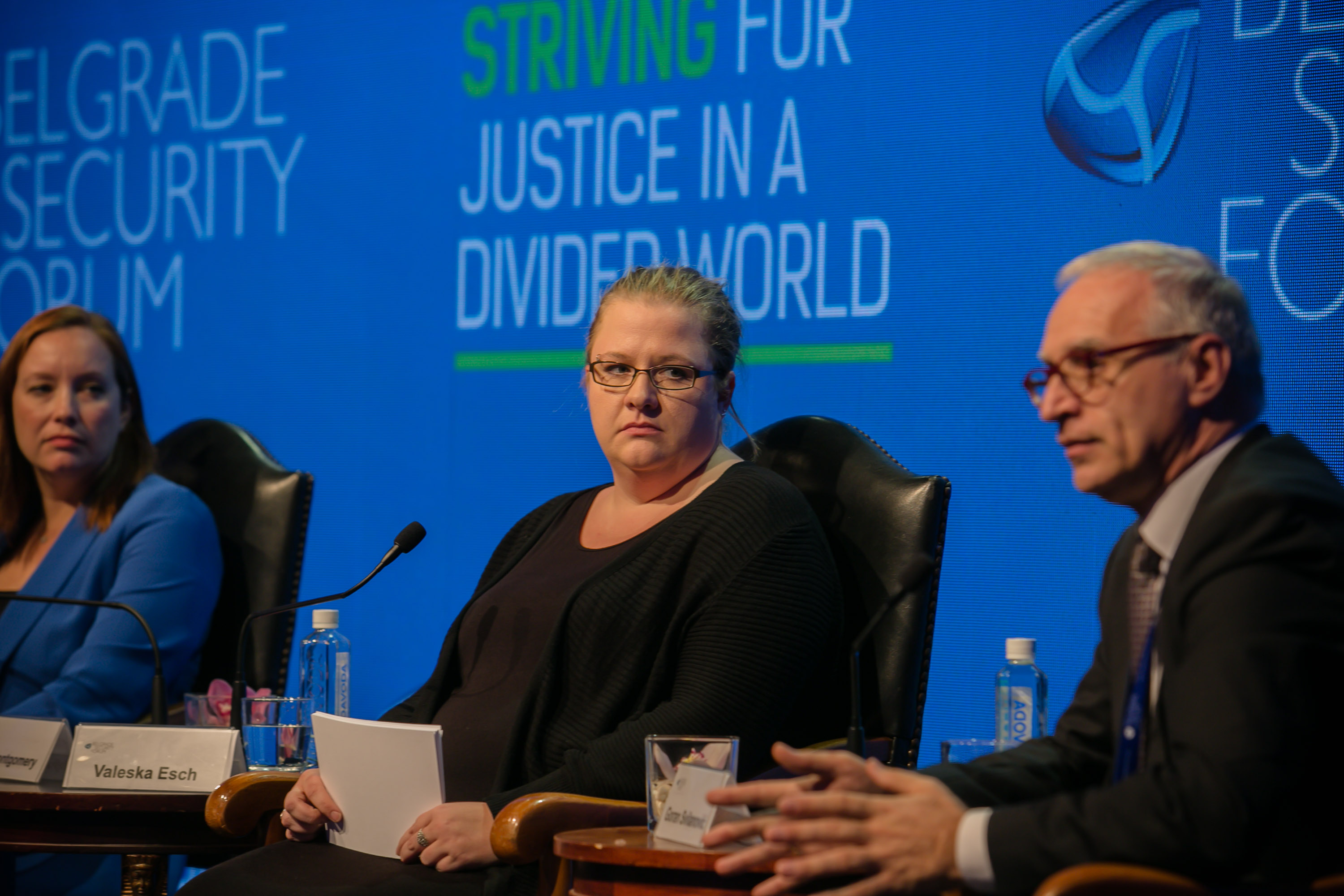 The session under the title Women’s Contribution to Peace, Democracy and Development in the Balkan Region aimed at exploring further possibilities and opportunities for active women engagement in national and regional politics, to bring new narratives into the political arena, and fuel bilateral and regional cooperation through applying innovative approaches.

The session opened moderator Goran Svilanović, Expert in Economic and Political Developments in southeast Europe, with raising questions about the compromises women have to make, the expectations from women in government and on how we can engage women in long-term processes. He emphasized the importance of women in offices, Parliament and political life in general.

Valeska Esch, Program Director, Aspen Institute, Germany pointed out that Germany is not the prime example when it comes to leadership and internal party democracy.

„I could not find a single political party in all the Western Balkan countries presented in the national parliament, which is handled by a woman. Not a single one“, Esch stressed. She stated that women’s issue is not only the issue of a female gender issue but should concern everyone in society.

Despina Syrri, Director, Symbiosis-School of Political Studies in Greece, affiliate to the Network of the Council of Europe, Greece emphasized that there was a huge gap between women and men in six core domains: work, money, knowledge, power, time, and health.

Women are overworked, Syrri said. „They have no free time whatsoever. They have no time for their well-being.“

Molly Montgomery, Vice President, Albright Stonebridge Group, Washington, USA stated that women didn’t feel comfortable talking about gender issues because they were too busy working twice as hard and fighting everything they had just to be at the same table as men. It is great for women to help other women but it is also critically important that men help women.

“I was glad to see dads and their sons wear women’s soccer jerseys – with a woman player’s name and number on the back – after the World Cup last year. Seeing a woman be their sports hero is remarkable,” Montgomery was pleased.

Igor Fedyk, Head of the Balkan Section, Center for Army, Conversion and Disarmament Studies pointed out that women rarely held leading positions and that we need to open more positions. Women have to participate more in government and parliament.