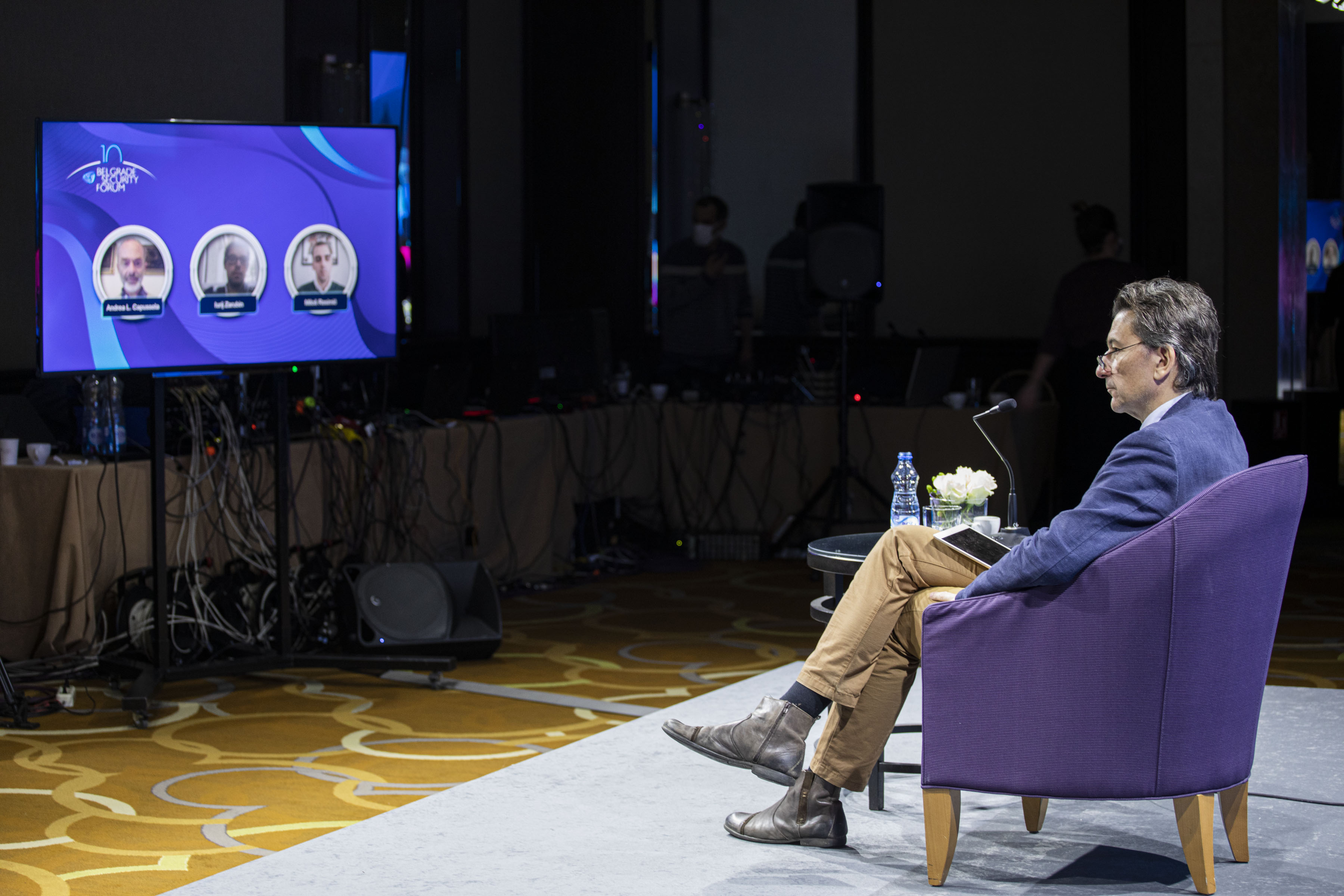 Different theoretical approaches which can be used to explain state capture were discussed at the first Academic Event panel this year. Andrea L. Capusella, London School of Economics and Iurij Zarubin, Independent analyst, tried to present good sides of collective action approach and principal-agent theory, while discussant Miloš Resimić, International Center for the Study of Institutions and Development, examined their weaknesses and failures in explaining new phenomena in state capture.

Andrea L. Capusella presented different definitions of state capture and tried to show why they do not fit new circumstances and are not sufficient for understanding of various kinds of state capture. He suggested to look more into the social structure literature, and social orders and collective actions problem, as well as conditions of instability and change.

Iurij Zarubin took a different approach and tried to give us new perspective on state capture, by using well-known principal-agent theory, but in this specific case referring to the ‘black box’ metaphor.

Discussant Miloš Resimić expressed his concern over the applicability of this framework and that processes which occur between actors are more interdependent than in principal-agent theory. Resimić questioned the capability of the ‘black box’ to explain different situations in same countries which stay captured although changes happen, for example Russia after Putin took power.

Moderator of the panel, Dušan Pavlović raised a good point in form of a question: if collective action was more easily overcome in small groups than in larger groups, wouldn’t there be very grave collective action problems in big countries like Russia, while in smaller an absence of state capture or successful attempts to overcome it could be expected.

In final remark, Andrea L. Capusella, answered both questions by saying that he agrees that state capture is more likely in larger societies, but also warned that at the same time the elites may be divided and they could weaken themselves. On the other hand, he used the example of Kosovo* to show how it is possible that in smaller country state capture can be overcome more easily.