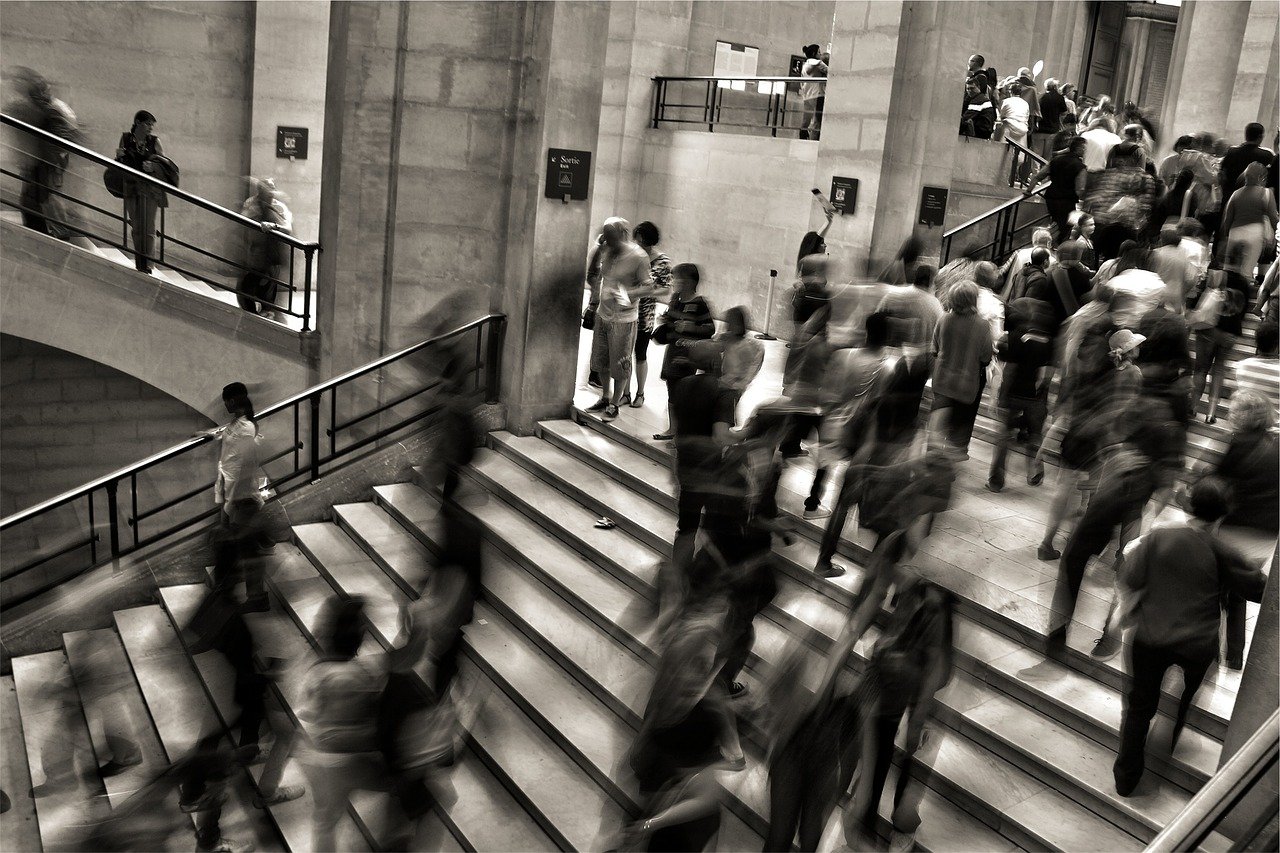 Over the last 30 years, 17 countries, all of them in Eastern Europe, experienced sustained population decline. Among them Serbia, with one of the ten fastest-shrinking populations in the world.

This region is experiencing a mix of low fertility, much like the rest of Europe and high net emigration, a characteristic of developing countries. This is a unique phenomenon – and one that will have a significant impact on the futures of these countries. According to a “medium assumptions” scenario from the UNDP and UNFPA report on Depopulation published this week, the population of Serbia is estimated to be 5.35 million by 2050, or 28% less than the population today.

Population decline fundamentally affects progress towards most of the goals and targets on today’s sustainable development agenda, from reducing poverty and inequality, ensuring decent work and social protection, to providing universal health care and good education. A shrinking population also impacts the empowerment of women and young people, promotion of the rights of elderly, and the ability of society to create dynamic economies and protect the environment.

As we could see most recently, during the COVID-19 pandemic, demographic shifts also influence vulnerability of countries to crises. An Assessment of the Impact of COVID-19 in Serbia, prepared by UNDP and the UN, shows that depopulation undermined the capacity of local communities to respond to the emergency.

WHY ARE WE ADDRESSING THIS ISSUE NOW?

Momentum is building to tackle this super wicked problem. The new European Commission has appointed a new Vice-President for democracy and demography. In addition to raising the profile of population issues within the Union, the coupling of democracy and demography is also a recognition that responding to demographic shifts goes hand in hand with empowerment and giving citizens greater voice. The German presidency of the European Council has made this a priority for their engagement in the Western Balkans as well, while the EU’s newly announced Economic and Investment Plan for the Western Balkans includes a pillar on human capital investments. This is an opportunity that countries in the region could use as part of their response to the depopulation challenge as well.

National governments are starting to recognize demographic change as a top priority. They are concerned how shrinking populations will affect economies and the sustainability of social security systems, vital infrastructures and services. In Serbia, the issue is to gain greater prominence in the new Government, which will include a Ministry for family, children, and demography. We hope to see the emphasis on family support expanded to include other target groups, for example, to have a stronger focus on diaspora engagement, as well as on engagement of older persons, taking into account individual capacities and interests to actively contribute to society.

IS THERE A COMPREHENSIVE APPROACH THAT FITS THE COMPLEXITY AND SIZE OF THE CHALLENGE?

For a long time, the significance of the problem has been intuitively felt by citizens of Serbia and the former Yugoslavia region alike, from all walks of life. It was experienced through a sense of lost opportunity. However, if we start to proactively account for demographic change in development strategies, Serbia and other countries in the region do not have to remain powerless in the face of shrinking populations. Working on solutions begins with serious recognition of the scale of the challenge, as well as an understanding of its fluctuating and interconnected nature.

It’s important for policymakers to start questioning some prevailing assumptions about tackling the problem and reframe the issue.

It’s not only about numbers; it’s about good and fruitful lives. We should support people and families to realize all their potentials, be active in social and economic life, and feel supported in their diversity.

It’s not about increasing fertility as such; it’s about helping women and men to realize their desired fertility.

It’s not about curbing emigration; it’s about helping people to stay, return or stay connected and also about starting to think about immigration policies. We should support choices, but also aim to tackle issues that make people leave and not want to come back.

Two guiding principles are at the heart of this new approach that UNDP is implementing in Serbia, in partnership with UNFPA: maximizing human potentials and the adaptability of public policies to new demographic realities. How would this work?

Rather, it could stimulate an integrated approach to the development of human potentials: by creating conditions for every child to get quality care and equal chances for quality schooling, offering every young person access to numerous opportunities for professional and personal development, investing in men’s and women’s health, skills and training throughout the life course, enabling older persons to be active and healthy with ample opportunities to contribute to society and the economy.

On the family level, this means supporting families to have as many children as they wish, through reducing the economic and psychological burden of parenthood, easier balancing of work and private life for both men and women, reassessing gender roles in family life, more family-friendly urban planning and public services.

In education the support could focus on all those who might need additional support to achieve learning outcomes and fully utilize their potentials – including the poor, marginalized groups, young people from rural areas and Roma.

When it comes to labour markets, this approach is centred around supporting all those who remain in Serbia to be economically active, including those traditionally more absent from the labour market, such as older workers and women and those who are struggling to get decent employment, such as youth and undereducated persons.

The state could also invest in and promote healthy lifestyles in the local communities, in schools, in the media and in the labour market. Measures could focus on ensuring physical infrastructure (promoting walking, bicycle riding and other outdoor activities), to healthier food choices and decreasing smoking rates.

Having in mind new target groups not included thus far in policy measures, older persons could be encouraged to participate in social and economic life even after retirement by volunteering, mentoring or working, part time or full time, which may entail reform of the pension system to allow for gradual exit from work.

Instead of focus on curbing emigration, the out-migrants could be motivated to remain in contact with Serbia through deliberately designed business or personal and family opportunities, as well as through creating support systems for those who wish to return to Serbia.

Demographic realities are changing, and public policies ought to be changing as well. The adaptive muscle in public policy making is not an easy one to build – but with the pace of change in the world accelerating, the need for innovation grows.

To adapt public policies to new demographic realities, the current social services and healthcare should first adjust to a rising number of older persons.

The education system could open to a new demographic structure of students, including atypical beneficiaries such as older persons, migrants or persons with interrupted prior education.

In parallel, labour policies could prioritize activation of people who currently do not participate in the labour market, while developing new strategies for creating employment opportunities for in-migrants, including those from the Serbian diaspora.

The way local communities are developed is also important. Urban and rural planning need to become more people- and family-centred, fitting the needs of various population groups including young children, parents, youth, and older persons, as well as to ensure a healthy living environment.

Social dialogue and engagement build trust and create a sense of belonging to a community. Local and national policy measures could be tailored to improve civic participation and give diverse groups of citizens voice in how their communities are run.

All of these ideas focus on achieving the goal of a society that is people-centred, a society that prioritizes the potentials of all those who remain to live in Serbia and all of those who might decide to come, visit or stay connected with the country. It is a society that leaves no one behind, a more humane and more productive society.

Successfully developing models of governance that are more agile, inclusive and transparent -serves every society well, not just in adapting to demographic change. The same ingredients are needed for handling a pandemic, for instance.

To address a challenge as complex as depopulation, we need to wilfully embrace complexity, develop high tolerance for uncertainty, and have a deliberate intent to learn through experimentation and the pursuit of multiple pathways in an integrated way.

While depopulation is a development challenge with a very long-term outlook, one that will most likely span across several governments’ terms in office, the momentum created now allows policy makers to take on a role of courageous leaders, tackling this super wicked problem head on, and paving a way for others to follow.

With demographic shifts increasingly becoming a global challenge, any successful approaches developed here will resonate across the region and beyond.