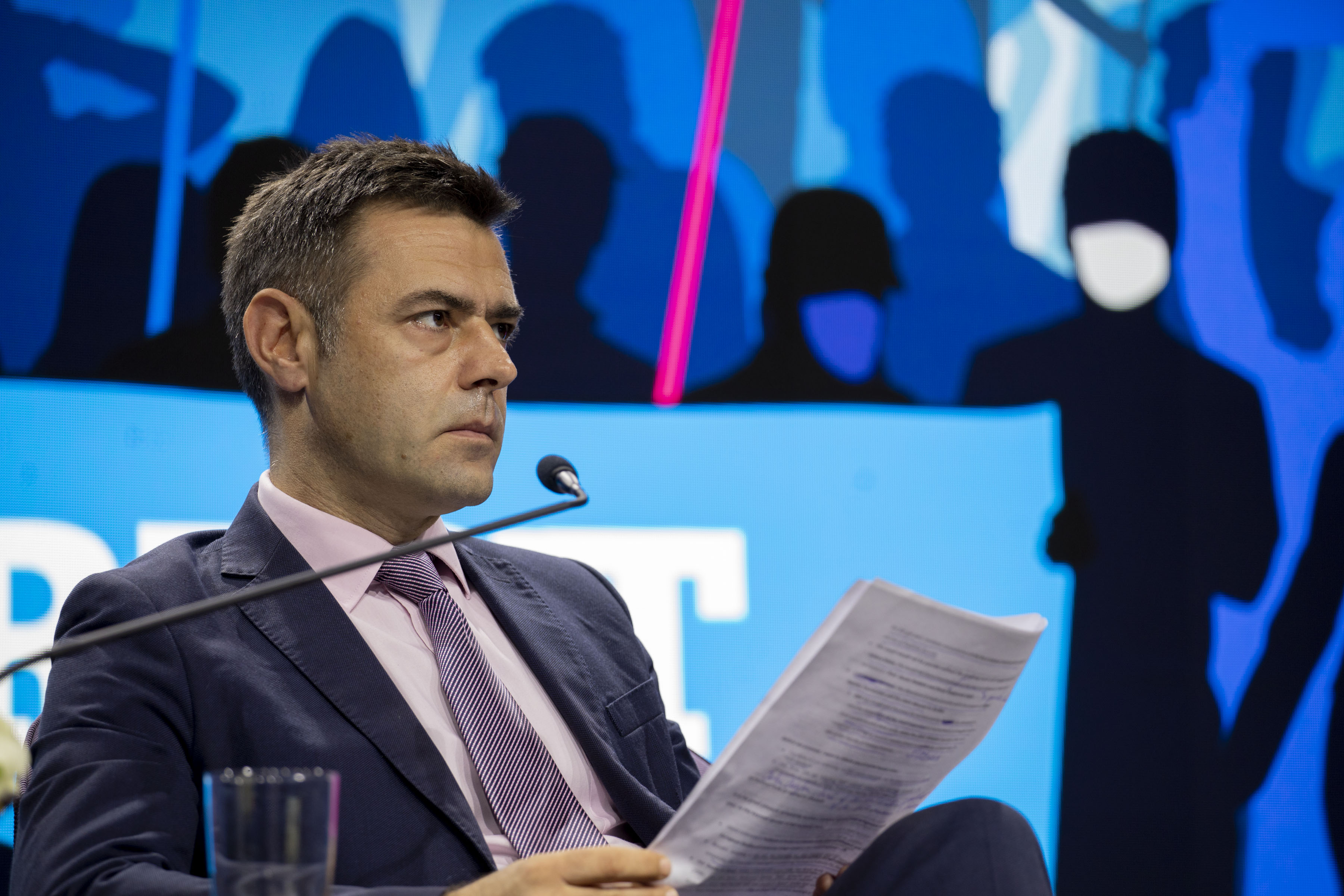 Igor Bandović, Director of the Belgrade Center for Security Policy, and John Clayton, Head of the Democratization Department in the OSCE Mission to Serbia opened the Academic Event 2020. Bandović emphasized that academic debates at the BSF have addressed the most important events in the region over the years and this year the theme – state capture is highly important not only in the Western Balkans, but also beyond the region. Bandović thanked the OSCE for their support  to the BSF Academic Event over the years.

John Clayton, Head of the Democratization Department in the OSCE Mission to Serbia, spoke about the role of the OSCE Mission to Serbia, its support to security studies and the nature of its work. He stated that the OSCE has a long and sustainable approach towards the problems in Serbia and emphasized the role of Academia, among others, in putting some new security questions on the agenda.

State capture is anything but new.

The academic welcoming speech was followed by the academic keynote speech given by Alena Ledeneva, professor of Politics and Society, School of Slavonic and East European Studies, University College London. Ledeneva stressed the systemic corruption inside the political and economic systems and the need of the new generation of policies necessary to overcome this.

In the Western Balkans, the corruption is the number one problem – that has to go. Anticorruption efforts are crucial in trying to transition to democracy.

Although anticorruption packet reforms are very important, it is essential that they are conditioned by specific context in each country. The speaker emphasized special relationships that exist in societies –– open secrets, unwritten rules and hidden practices. There are always insiders and outsiders.

Ledeneva problematized the fact that formal institutions don’t work, and when asked what actually works she presented the concept of informality. In each society, there are formal and informal networks, formal institutions and informal work within the society. Informality and formality are closely interconnected and interdependent – they are integrated in a very powerful way because formal constraints produce informal practices.

Informality is an important indicator for how formality works.