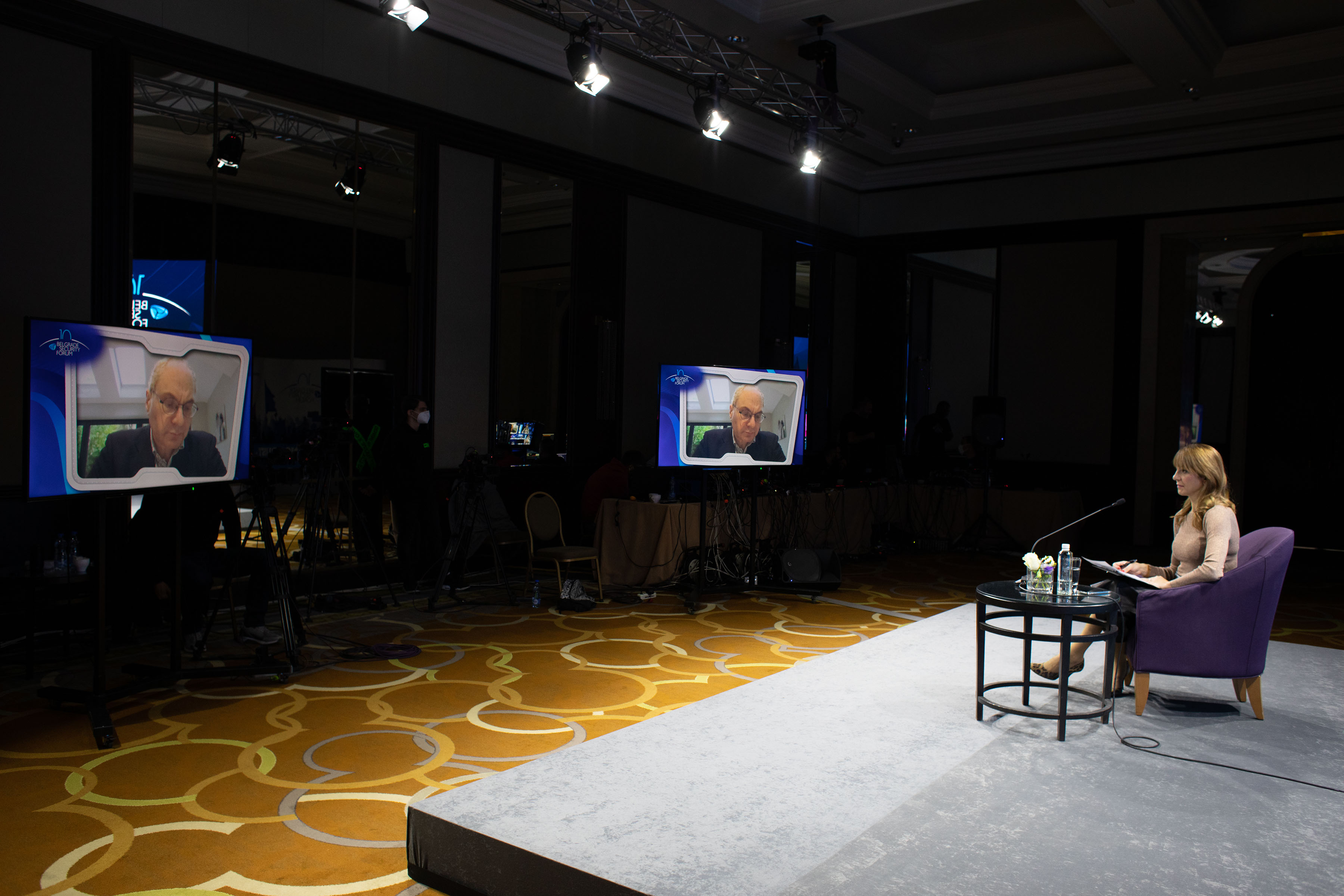 Belgrade Security Forum continued with Dr. David Landsman, Chairman of British Serbian Chamber of Commerce and former British diplomat in Serbia, talking about current economic state in Europe and Western Balkans, Brexit, pandemic and ways Serbia and other Western Balkans countries can profit in post-pandemic world. He pointed it out that there were now a lot of opportunities for the Western Balkans to attract businesses if the right steps are taken.

Dr. Landsman stated that the Western Balkans should take an advantage of current economic state, where some strong Western European countries in are in debt, and use technology and its IT sector to attract businesses. He also pointed it out that is important for Serbia and other Western Balkans countries to focus on bringing back young people that left the country.

The real test is to how to attract young people to bring their talents back to their countries.

Dr. Landsman said that the Brexit could be a good thing for Serbia and the rest of the region and that a lot of business opportunities will arise.

It is safe to say that in the post-pandemic world, British government is determined to work with Western Balkan countries in the fields of Security, Business, Climate change and similar.

In his opinion, Serbia should continue on its EU path, but the politics presented an obstacle, not only for Serbia, but for all Western Balkans countries.

The EU integrations will happen with the right steps taken. If countries take a step and make system transparent, work with their neighbors, and if rule of law is applied.

Dr. Landsman concluded with a point that Serbia had done a good job bringing some investments to the country, but from now on it was important for the rule of law to be enforced and to have a strong sense what was sustainable regarding the business sector and the politics to attract more investments.