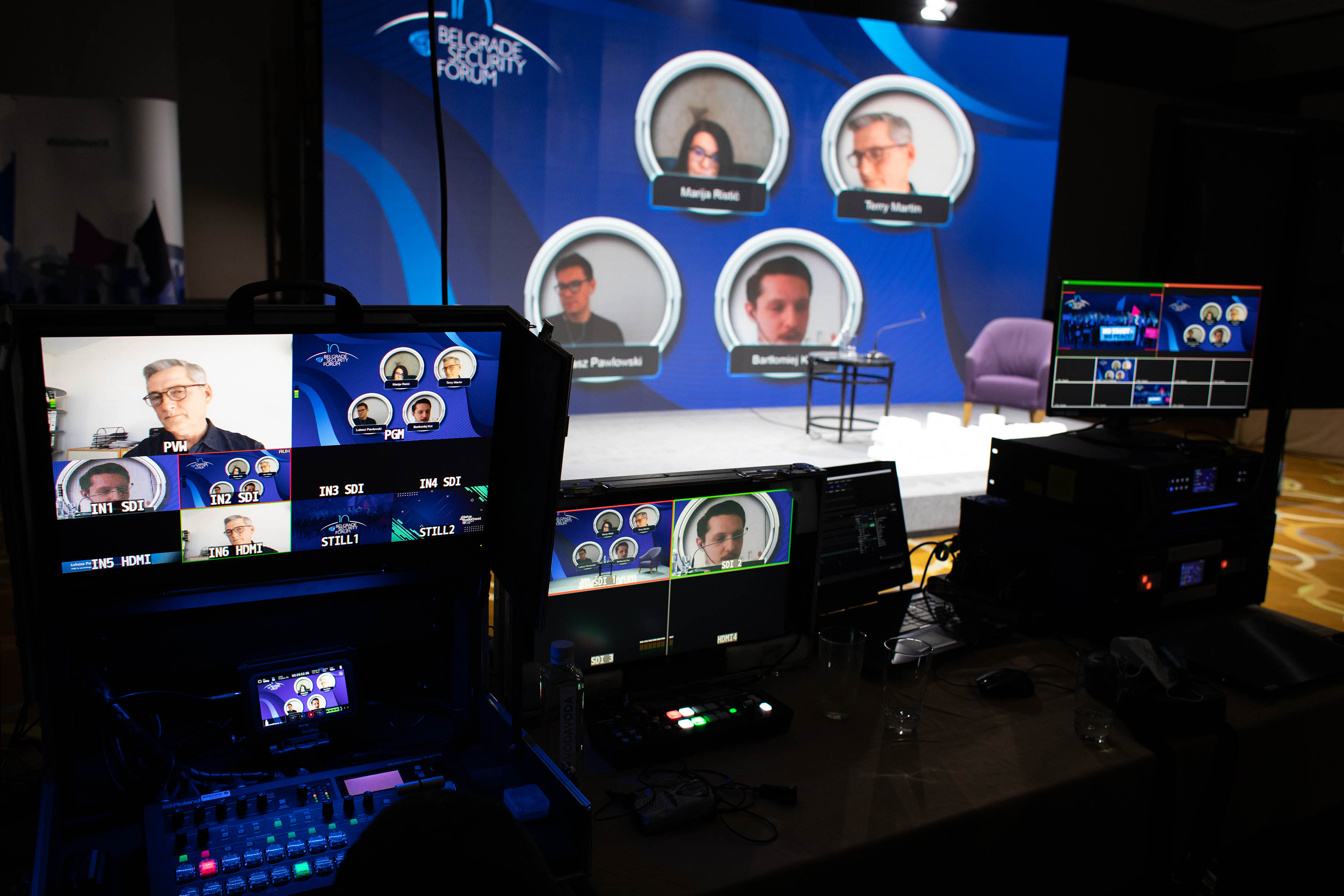 The importance of values and its influence on media narratives was discussed in a session organized in partnership with the Warsaw Security Forum and support of the Ministry of Foreign Affairs of Poland. It gave an insight into the problems and challenges of media in the Western Balkans, Poland and Germany. The speakers agreed that fact-based journalism, with a great respect for ethics and fundamental values were crucial for the public interest, while the media was under pressure from fake news, disinformation, and political influence.

Marija Ristić, Regional Director, Balkan Investigative Reporting Network, emphasized that the main problem in the Western Balkans was the ownership of the media, because the biggest responsibility lies with the owners and editors-in -chief for the values promoted by their media. In the Western Balkans, owners of media are mainly populist and pro-government, so they present the populist narratives in the public. Ristić considers that Russian propaganda was not entirely imported, while the Chinese propaganda was new and more invisible and based on economy and investments. Ristić concluded that the key thing was ethics.

Do we as a journalist and editors do ethical journalism or not, there should not be negotiations nor compromise. This is something we need to do by ourselves.

Terry Martin, Senior News Anchor, Deutsche Welle TV, pointed out that the main values for one German journalist were based on the law of the country, constitution and Declaration of Human Rights, especially the freedom of expression. Martin considered that the media and politics were in strong relation of dependance and it was clear that the media had an influence on policymakers and that was precisely why media pluralism was the big issue. Martin concluded that the most important thing is fact-based journalism.

Fact-based journalism is absolutely essential for society to develop an understanding of who they are and what the rest of the world is.

Łukasz Pawłowski, Political Commentator, argued that there were three main questions to ask even before publishing: is it worthy of our attention, what is a historical and social context, and the most difficult one, are there one, two or more sides of the story.

He discussed the case of Poland and the media pluralism. Namely, the Polish government considers private media unfavourable towards the government, while the public media is pro-government. Pawłowski concluded that journalist should be objective and express own opinion.

Sometimes you have to take a stand and express your own opinion, even when you try to be objective and try to explain what is going on. The other thing is, despite your private opinions you should report the facts as well as you can, even if attacked by political opinions.