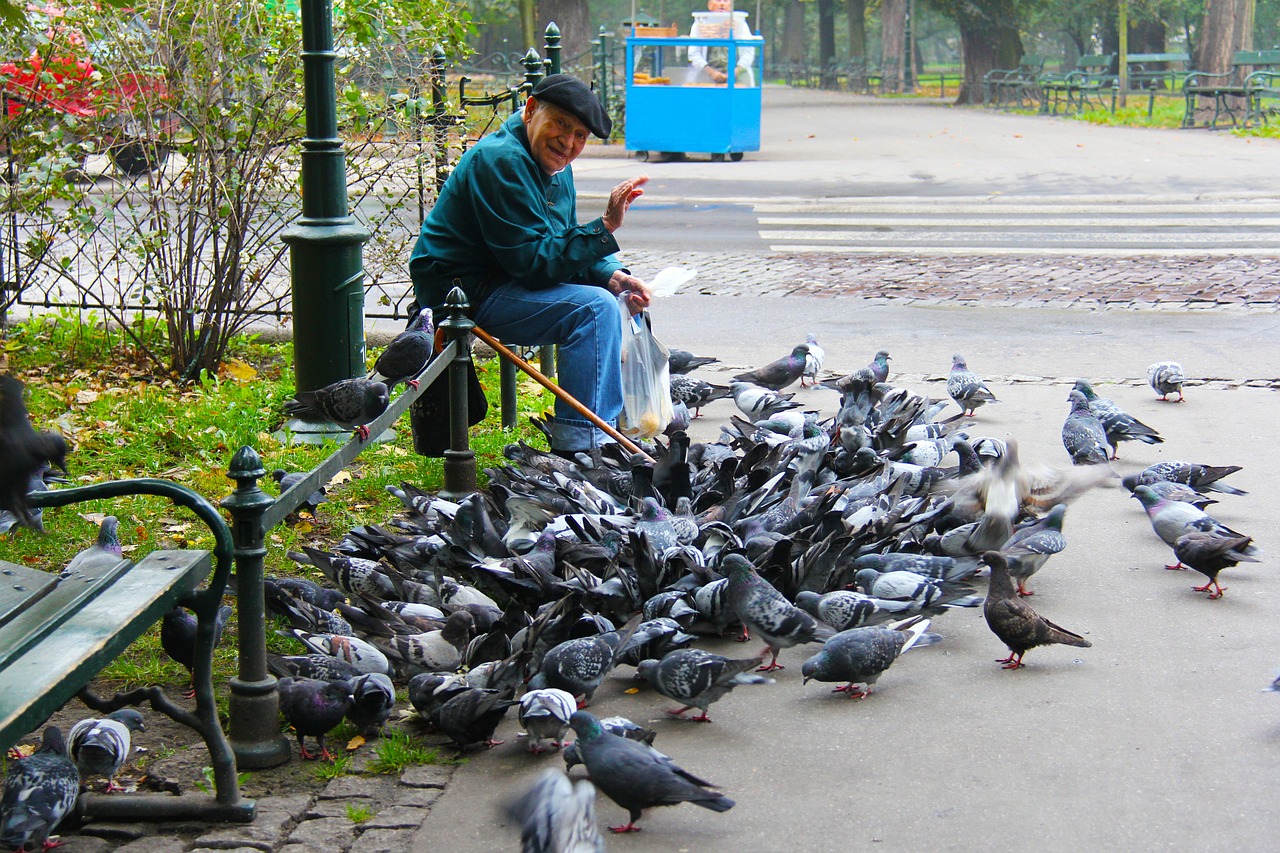 An interesting discussion developed around Branko Milanović’s tweet some two weeks ago (22 April). The question Milanović asked was, why was nobody discussing the “staggering” difference in death rates between Eastern and Western Europe caused by COVID-19. Milanović was inspired by a graph he shared, from the Worldometer website, where death rates in Europe (not shown in Russia, Belarus and the Baltic countries) range from three per million people (Slovakia) to 408 (Italy) and 455 (Spain). At that point, France (319), the United Kingdom (255), the Netherlands (229) and Sweden (175 deaths per million people) also seemed to fair badly.

Milanović’s tweet inspired a great number of responses: 629, to be precise. To start the discussion, which will have to be had in this country as well, we offer the arguments that seemed most relevant. Note that they are all on the level of assumption and that there is a general problem of data being unreliable.

The first thesis begins with the claim that a greater number of citizens reside in nursing homes in Western, than Eastern Europe; and once the virus enters a nursing home, consequences are dire. A survey undertaken by a network of researchers who are monitoring delivery of care in response to COVID-19 shows that residents of nursing homes account for 42% of all deceased in Belgium; 45% in France; 53% in Italy and 57% in Spain. This lesson was learned the hard way in Serbia, too; as evident from the devastating death toll in the Gerontology Center, Nis.

The second thesis was summarized by Bojan Pančevski writing for the Wall Street Journal: “poorer countries of Central and Eastern Europe, fearing their relatively weak healthcare systems would be overwhelmed by the virus, moved quickly to enact strict social-distancing rules and restrict movement to counter outbreaks.”

This claim, however, must be taken with caution: it would be wrong to call, for instance, Czech health system weak. Rather the virus arrived in these countries a little later and at the same time as the horrific images from Lombardy. (In the Czech Republic, the first case was recorded on March 1; Poland on March 4 and Slovakia on March 6.) Decision-makers did their math and decided to close the borders. Validity of these countries’ response was confirmed by Thomas Hale, speaking on behalf of the Oxford University initiative that monitors how individual states responded to the pandemic. Czech Republic was among the first countries to let IT do the work: first to estimate how many intensive care units (ICUs) would be needed, and then monitor (with their consent) movements of people infected. As more states begin to “open up”, application of the later measure becomes even more important.

The third thesis was offered by user Yosuka Yasuda, who reiterated Jun Sato’s claim of a correlation with the BCG vaccine, explaining the differences in mortality rates between those countries that had it until recently, or still have it; and those who abandoned the practice. Spain abolished mandatory vaccination in 1981, Germany in 1998, the United Kingdom and France in 2005-2007. The only country in Latin America where the mortality rate was higher at the end of March – Ecuador – also abandoned mass inoculation. Where the decision to vaccinate is made at a lower level of government than the national one, differences are visible within the states themselves (again Spain as an example, where regions in the north of the country gave up vaccination only in 2009-12). Death rate even seems higher in what was once West than East Germany. In his analysis, Sato goes further and looks at the effects of different vaccine strains in different countries, including the relationship with the prevalence of tuberculosis within the population. (His blog is a proper gold mine of information and he regularly updates it at www.jsatonotes.com).

The fourth thesis concerns the age of male population; in principle, the older the male population is, the higher the mortality rate. Lars Kristensen, also an economist, presented a chart in which he linked proportion of the population of men over 80 and the death rate. Kristensen collected the data as of April 17, taking into account only countries in which at least 100 people died. Countries where correlation is strongest? Belgium, Spain, Italy, France, Netherlands, United Kingdom. Interestingly, the two countries with the highest proportion of older men in the population – Greece and Japan – were able to maintain a (relatively) low mortality rate. In an article previously written for Novi magazin, Despina Syrri explains why this is so: the Greek authorities have put in place strict measures on time; while citizens, aware of the fragility of the health care system, remained disciplined.

The fifth thesis concerns the availability of intensive care units (ICUs). The logic is clear, to avoid repeating the “Italian” scenario where doctor has to decide – as in war triage – which patient should be attached to a respirator. Observed within the European Union, Germany seems to have most ICUs per 100,000 inhabitants.

On to the slippery slope of cultural differences (“mentality”). This argument goes along the lines that generations spent under an authoritarian regime have made citizens in the East more disciplined than those in the West. So, while Poland was closing down and quarantining anyone crossing the otherwise very frequent border, in Germany people were simply told to “wash their hands regularly”. In the meantime, Germany’s government, led by Chancellor Merkel, took the situation very seriously; and has entered the phase of reopening with caution.

Some of the arguments raised seem to be half true at best. Let’s say that a large number of tourists is one of the factors that contributed to the rapid spread of the virus in a given country. Indeed, Italy, Spain, France, and the United Kingdom rank among most visited countries in the world; first recorded cases in Milan were Chinese tourists from Wuhan. However, as Milanovic notes, in order to reach a more reliable conclusion, it is necessary to determine the number of tourists in the winter of 2019/20, from which countries they came, and whether big events (fairs, sport matches, festivals) took place in that time. He rejected the thesis of population density as a factor in the rapid spread of the virus; and indeed, how could one then explain the success of Asian megapolis in suppressing its spread, if not by strict enforcement of social distancing? The third argument that cannot be taken seriously although many seem to be raising it is that people in the West travel more and the risk of infection is greater. Some CEE countries, such as Slovakia or Czech Republic, are super integrated and connected, with a large number of their citizens living and working abroad. (After all, we in the Western Balkans also faced the same challenge; the pandemic meant the loss of a large number of unreported jobs in the EU, and a significant number – still a matter of great speculation and debate – of our citizens had to return home).

A few words about what awaits us all. The “opening up” of society (economy) seems to be considered where and when the number of those who have recovered on daily basis is close to the number of newly discovered cases. Milanovic sets this theoretical number at 0.8: 1 (80%). This was the case in China, Iran and now in Austria and Germany. By this logic, the worst hit countries in Western Europe, Spain and Italy, respectively, should start reopening in 10 to 15 days.

Serbia began gradual relaxation of measures on April 20. Curfew was shortened by one hour; citizens older than 65 were allowed to go out three times a week at first, then every day. From May 4, more restrictions will be lifted, with restaurants and cafes opening, and intercity travel starting again. The opening of kindergarten was announced for May 11, while pupils will probably not return to their classrooms, the school year brought to an end “remotely”. Model developed at the University of Technology and Design in Singapore shows that 97% of all cases in Serbia should be over by May 21; then 99% by June 4, with virus gone altogether on August 2.

While epidemiologists warn that citizens should not lower their guard, it is often forgotten that discipline should not be imposed solely by prohibition, but also example. If rules have been set, then they are to be rules, not recommendations. Clear and unambiguous, like when to wear a mask; how to keep one’s distance; with supervision that is rigorous but valid for all; and finally – how and when will our older generations return to normal life, and once again be able to spend time with their grandchildren. As we write these last lines, a large-scale study is about to begin, on a sample of 7,000 households (17,000 people), to find out as closely as possible how many people were actually infected. In all of the above, science and emerging technologies will have a role to play.