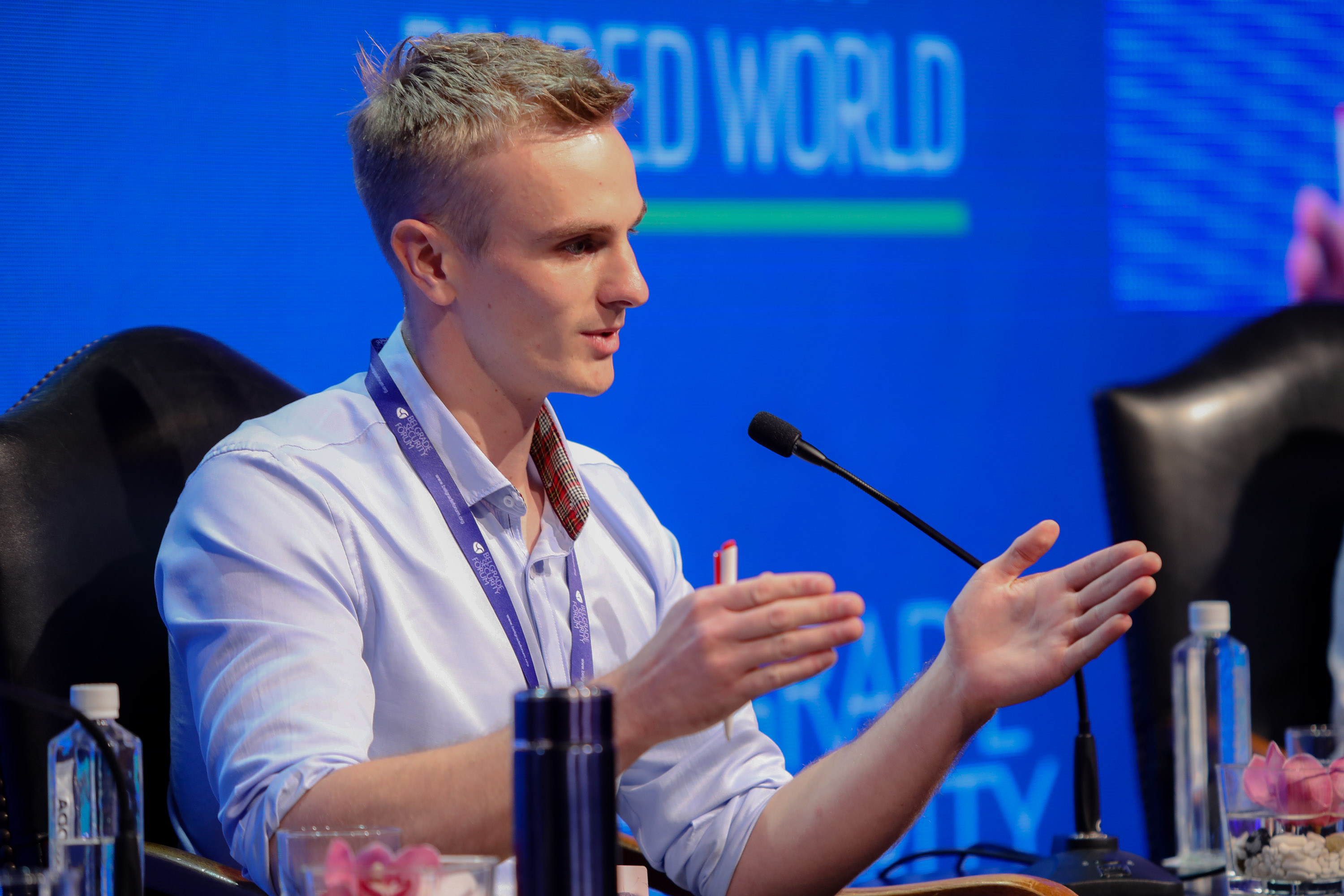 Session Belt and Road Initiative – European Perspectives created a platform for a dialogue about the rising presence of the China in Europe. Questions tackled included what were the consequences of this emerging actor in Europe, mostly in the Western Balkans region, and how could the partnership with China impact the European perspectives of Western Balkans?

The panelist took time to present their perspectives of challenges and opportunities laying ahead with regards to China’s influence in Europe, emphasizing that the Chinese have a specific targeted approach depending on the country they are investing in.

“China operates through loans, it is not here to save the Balkans and be an altruist, and the long-term consequences are potentially worrying,” she said and added that the highway project which is funded by China’s investors in Montenegro could prove to be a great debt trap.

Semanić pointed out that these kind of projects and loans lead to economical dependency which results in political vulnerability and open up a way for increasing corruption in the country. Although there are a lot of down sides to growing presence of China in the region, Semanić also noted that China is filling a gap that the EU is not and is applying a targeted influence according to the needs of the specific country. She concluded that the countries in Western Balkans should be more selective in choosing their partners and should work more on reconciliation and improvement of relationships with their neighbors.

Anastas Vangeli, doctoral researcher at the Graduate School for Social Research at the Polish Academy of Sciences (PAN), noted that the Belt and Road initiative is not toppling liberal world order, but in a sense it is creating some kind of hybrid.

Vangeli pointed out that the reason why China’s narrative is so successful in the Western Balkans is because it is a very targeted narrative, it complies with the needs of a specific country. What puts China in a favorable position is also that it has a clean record in the region and the culture of tolerance towards trials and errors leaves space for experimenting and trying out different types of influence. He mentioned that there are a lot of projects that failed, but sees the future of China’s presence in the Western Balkans changing, moving away from enthusiastic debates and failures towards real results and actions.

Jacob Mardell, freelance researcher and journalist, agreed with Vangeli that China comes in with no baggage and is funding projects the EU would never fund, mentioning projects in Tuzla, Bosnia and Hercegovina and highway project in Montenegro. These projects may be the “red elephants” and can be more disruptive than useful, but Mardell points out that the EU has lost confidence in investing in the region making way for China to take over.

“China is a reality and it is making a footprint in Europe,” he noted and also said that criticizing Chinese presence in Western Balkans can be counter-productive, and EU should maybe focus more on helping countries than criticizing it.

Ágnes Szunomár, PhD, Head of Research Group on Development Economics (CERS HAS) showed a comparison of Central-European countries’ perspective on China’s investments in the region. When it comes to Poland, we are noticing a huge shift towards China, as it is leaning more towards Trump’s rhetoric, being not very welcoming towards it. Opinions in Czech Republic are divided, Slovakia is neutral, but Hungary is the most pro-Chinese and most definitely the biggest supporter from the beginning. Szunomár pin pointed lessons we should draw from China’s engagement with Hungary.

“You have to be patient, get to know the Chinese business culture and habits. A No (never outright) could be misunderstood for a Yes,” she was clear. She warned that majority of the governments need to be very cautious and noted that it is not easy to negotiate with China “if you are a small country in the Western Balkans”.

Szunomár said that the challenge for governments is adjusting to this influence and concluded that, should the EU want to counter China’s influence, it should work more on building stronger connectivity with the Western Balkans countries.