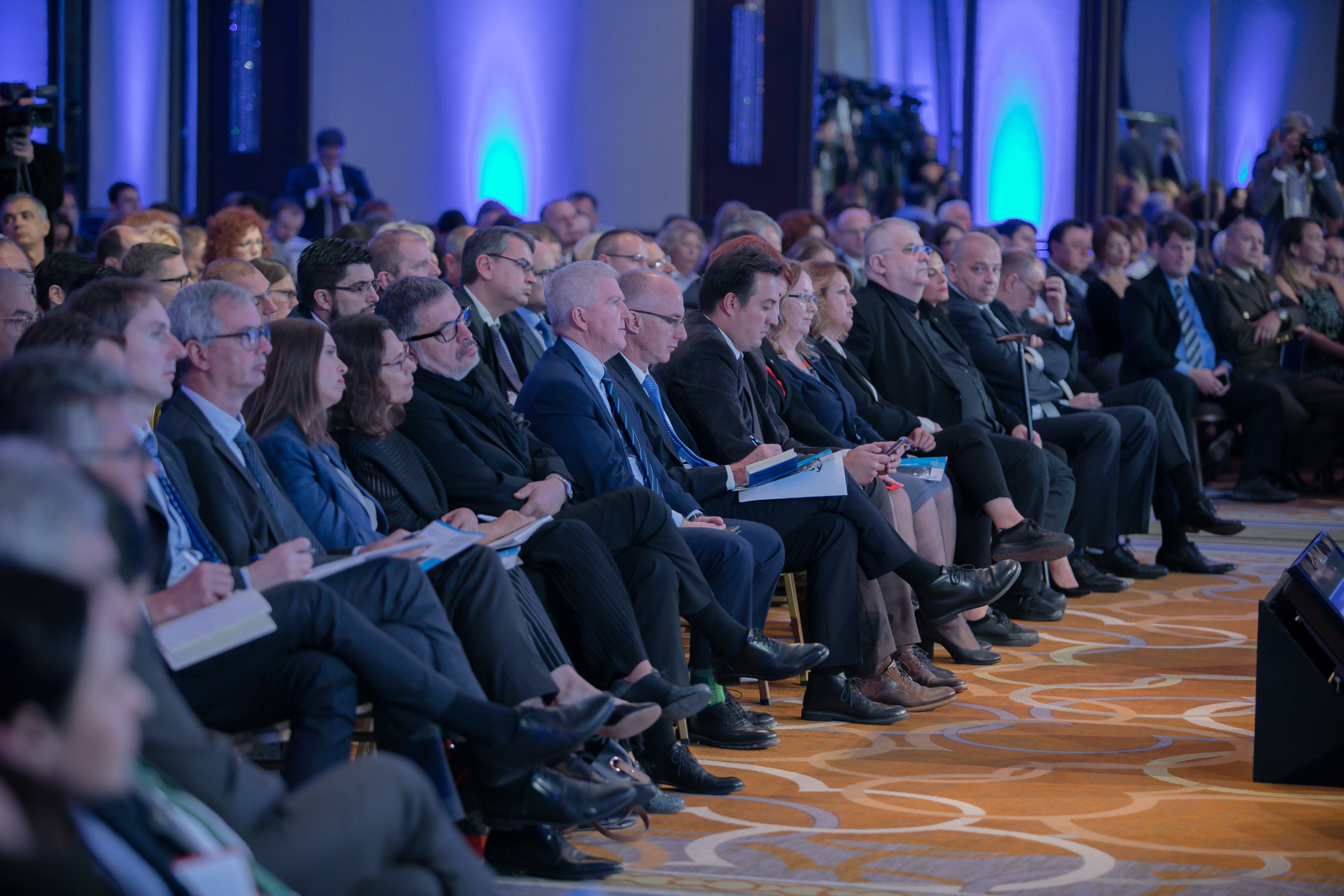 The Ninth Belgrade Security Forum will take place in Belgrade on October 16 -18, 2019 under the title: Striving for Justice in a Divided World.

This year, we at Belgrade Security Forum – same as so many around the world – seek justice as a basic human need and ask whether it is achievable in a world that has become this polarized.

Our quest comes at a time of crises of leadership; with nations confounded by threats now labeled as “hybrid”; but also continued crisis of the liberal model; uneven growth and rising inequality; demographic crisis; migration; the impact of climate change and the urgent need for action. Wider trends unfold in a context marked by increasing global competition (and confrontation), between the West and the East, the North and the South, but also internally, as “populist tide” shows no sign of receding. If the Trump phenomenon has further divided the USA, Brexit poses a similar challenge to the European Union, which will either find new strength, or face decline.

How can international community protect and promote the values of peace and justice, and how can long lasting frozen conflicts be solved?

What is the role of regional actors in the process of surpassing the differences in their own societies and communities? Can an individual be certain in its personal safety in the time of new threats?

Once again, the place to have such discussions will be Belgrade Security Forum. From 16 to 18 October with relevant speakers, policy makers, experts, researchers, and civil society representatives we will strive for justice in a divided world.

You can find the latest news through the website www.belgradeforum.org