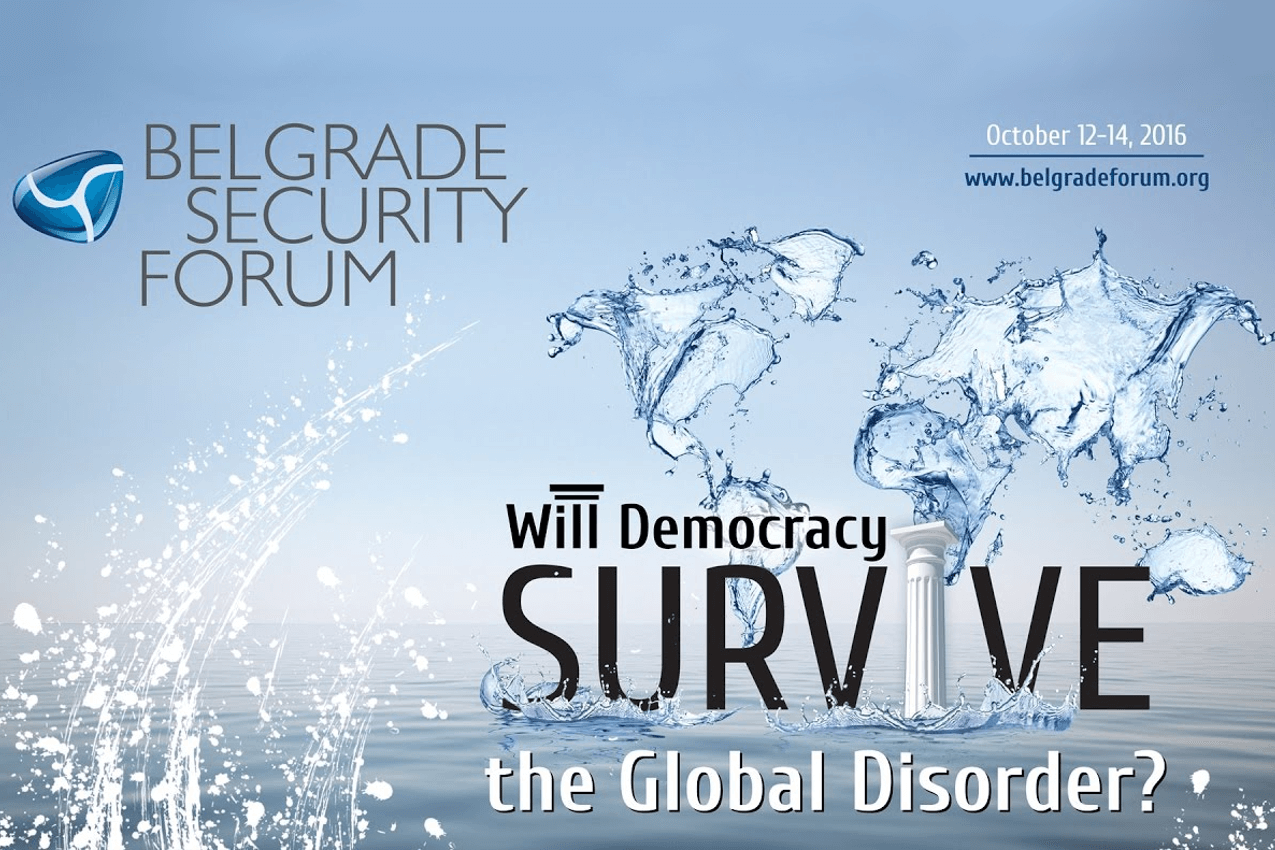 The overall topic of this year’s BSF was “Will Democracy Survive the Global Disorder?”.

The BSF 2016 agenda responded to growing concern about the future of the global, European and regional order.

Unresolved crises abound; the threat of inter-state conflictis more present than at any point in the past 25 years; turmoil in the Middle East shows nosign of relenting and the continuing horror in Syria will create thousands of newrefugees, bound for Europe. The Old Continent remains preoccupied with the enormousgap between citizens’ expectations and the capabilities of elites, while in societies intransition – some of which are aspiring members of the European Union – democracy is challenged by populists and autocrats who promise stability as the ultimate good. It is left to global civil society to “save the day”, acting with the necessary compassion and without prejudice, albeit with limited means.

All these developments raise the question of whether democracy will survive the disorder and, even more importantly, what should be done to protect democratic values.

The sixth iteration of the BSF was the most ambitious so far. Over the course of threedays, 130 panelists interacted with almost 600 registered guests – diplomats, scholarsand policy makers – in the presence of more than 200 accredited domestic and international journalists.

Participants attended a total of 25 thematic sessions, coveringmost if not all of the principal political and security issues facing the region and Europe asa whole in the future.

Belgrade Security Forum 2016 Conference Report is now available and you can download it here.