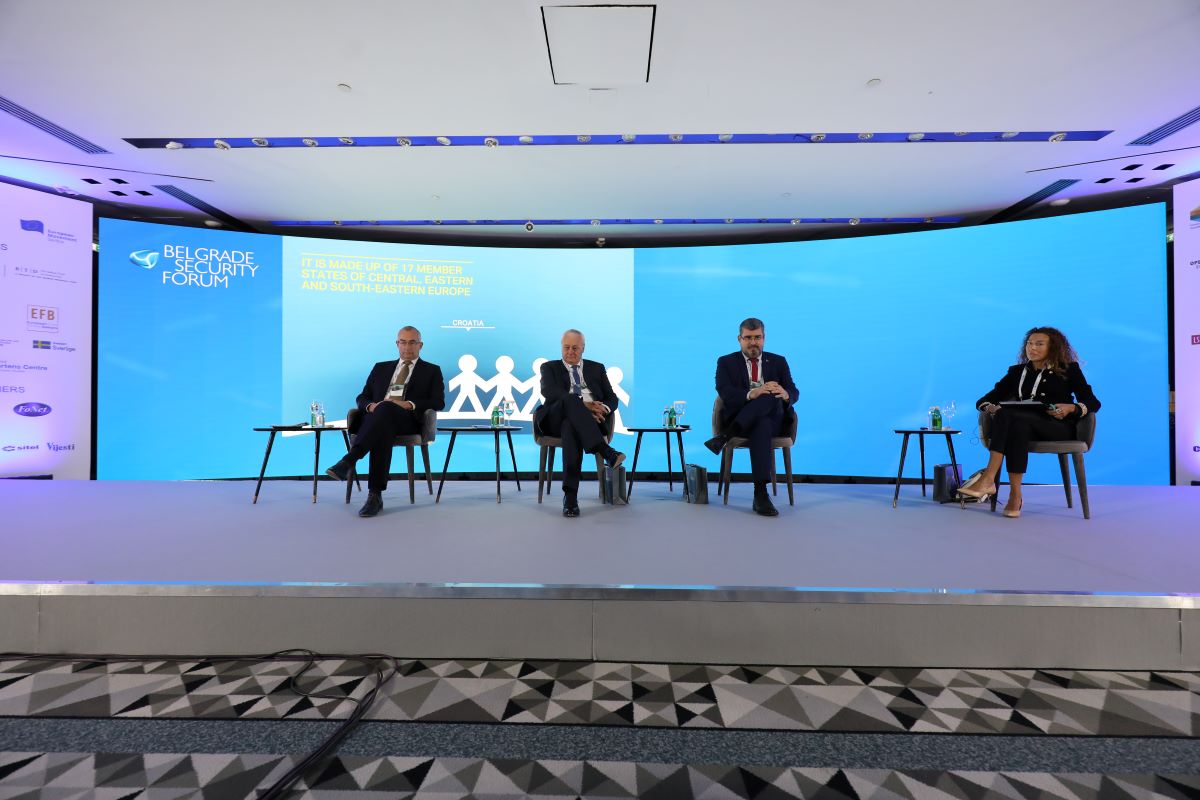 Mr. Nemanja Starović, State Secretary at the Ministry of Foreign Affairs of Republic of Serbia, stated that the Central European Initiative (CEI) is often unfairly underestimated. According to his view this initiative is one of the most important ones because it properly responds to all basic needs of the whole region. He added that positive impact of the CEI is especially visible now in the pandemic. He is of the opinion that Serbia’s citizens have two sides of the identity. One is related to the EU, and the other one is connected to the Central Europe.

Secretary General of the CEI, Mr. Roberto Antonione emphasized that regional organizations are, in a certain way, innovation in diplomacy. He added that regional cooperation is even more important in nowadays world which is subordinated to the process of globalization. He also emphasized that policy dialogue is a key driver of cooperation that improves the ability to effectively handle challenges.

Ms. Gordana Đurović, Former Deputy Prime Minister and Minister for European Integration of Montenegro, pointed out that common regional market is the initiative that has opportunity to be very successful. Unfortunately, she said, the Western Balkans countries still have a lot of obstacles in respect of functional regional cooperation. Ms. Đurović also stressed out that the Open Balkans is some kind of criticism of the Berlin Process.

Antonioni stressed that multilateralism is absolutely the best way to overcome challenges nowadays. The evidence for this statement is functional cooperation between the CEI and WHO for Europe during pandemic. In this context exchanging of the information and good practices was very helpful.

Sztaray declared that Hungary supports all forms of regional cooperation. There are obvious results from Visegrad and CEI initiatives. He also added that joining of the Western Balkans countries to the EU is very important because of stability of the region.

Đurović concluded that perhaps we, as a region, cannot participate with great share of GDP, but we have great geographical position which is significant strategically. It is important to receive messages of solidarity and trust from the EU, she stressed in the end of the session.