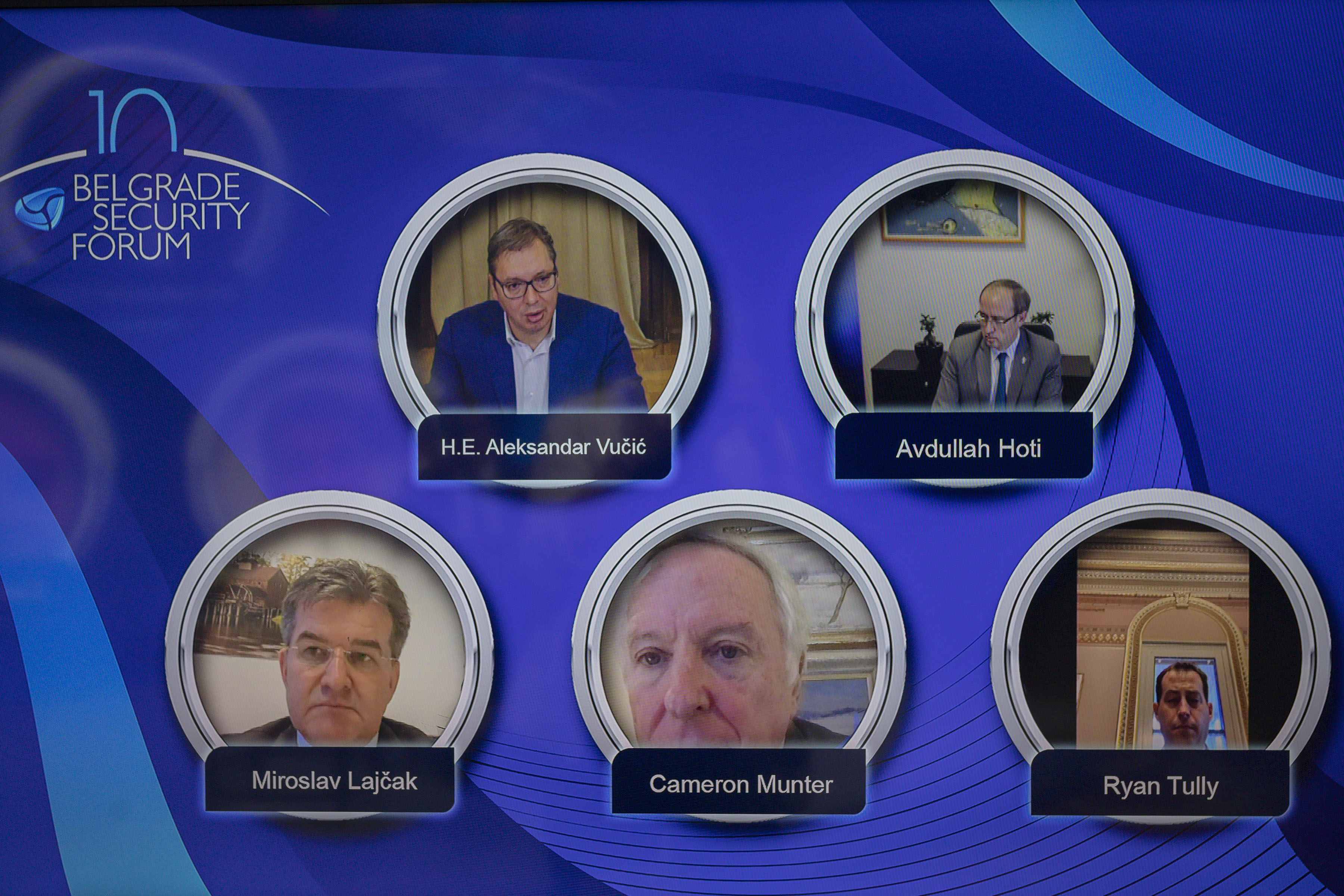 The much anticipated Special Event of the “Balkans Dialogues Initiative: Belgrade-Pristina: No Trust, No Solution” showed us that the key of making Western Balkan region safe and in peace is the continuation of the Belgrade-Pristina dialogue and that real progress is yet to be made. Panel agreed that the continuation of the dialogue is of utmost importance, even though it seems that there was no common ground on its operation.

President Aleksandar Vučić, stated in his opening comment that the normalization between two sides is of most importance for keeping peace, stability and tranquility in the region, and that this needs to happen regardless of different opinions on both sides.

We are far away from the normal situation between our two nations, but we will have to work and change that in time. I am not optimistic, but we are dedicated to work very hard on this.

However, he continued to say that in this dialogue only one side was ready to make compromise, while other side didn’t want to do anything that had been agreed on.

There is nothing compromising, they just want us to recognize Kosovo.

Prime Minister Avdullah Hoti agreed that the peace and security of the region is the most important for everyone and stated that Kosovo was ready to work together with other partners for this to happen.

We are concerned because we are far away from the regional peace and good neighboring relations if we do not recognize each other.

Miroslav Lajčak, EU Special Representative for the Belgrade-Pristina Dialogue and other Western Balkan regional issues, pointed out that without trust there was indeed no peace in the region, and that both sides need to understand that there should be strong effort and hard work towards this. He said that the key is peace and reconciliation, learning from the past and finding the truth.

EU is going to be with them in this process. EU is not a distant dream, but very real and immediate situation. And that will happen with hard work.

Lajčak admitted that there was a loss of interest in the EU process with people in the region, but added that the EU is still a strong partner to Western Balkan countries.

EU is solid and there is no need to be desperate. We don’t need to create new ideas but to be faster and more consistent.

Ryan Tully, Deputy Assistant to the President, National Security Council, USA, commented that United States of America are in the Western Balkan region and that they will do everything to help both sides in this dialogue. He stated that the USA and the President Trump administration helped creating the foundation for the economic stability between two countries that needs to be build upon.

Lajčak ended the panel by saying that the process was to create better opportunities for people and the tangible EU future.

It is in everyone’s best interest in the Balkans for this to succeed.