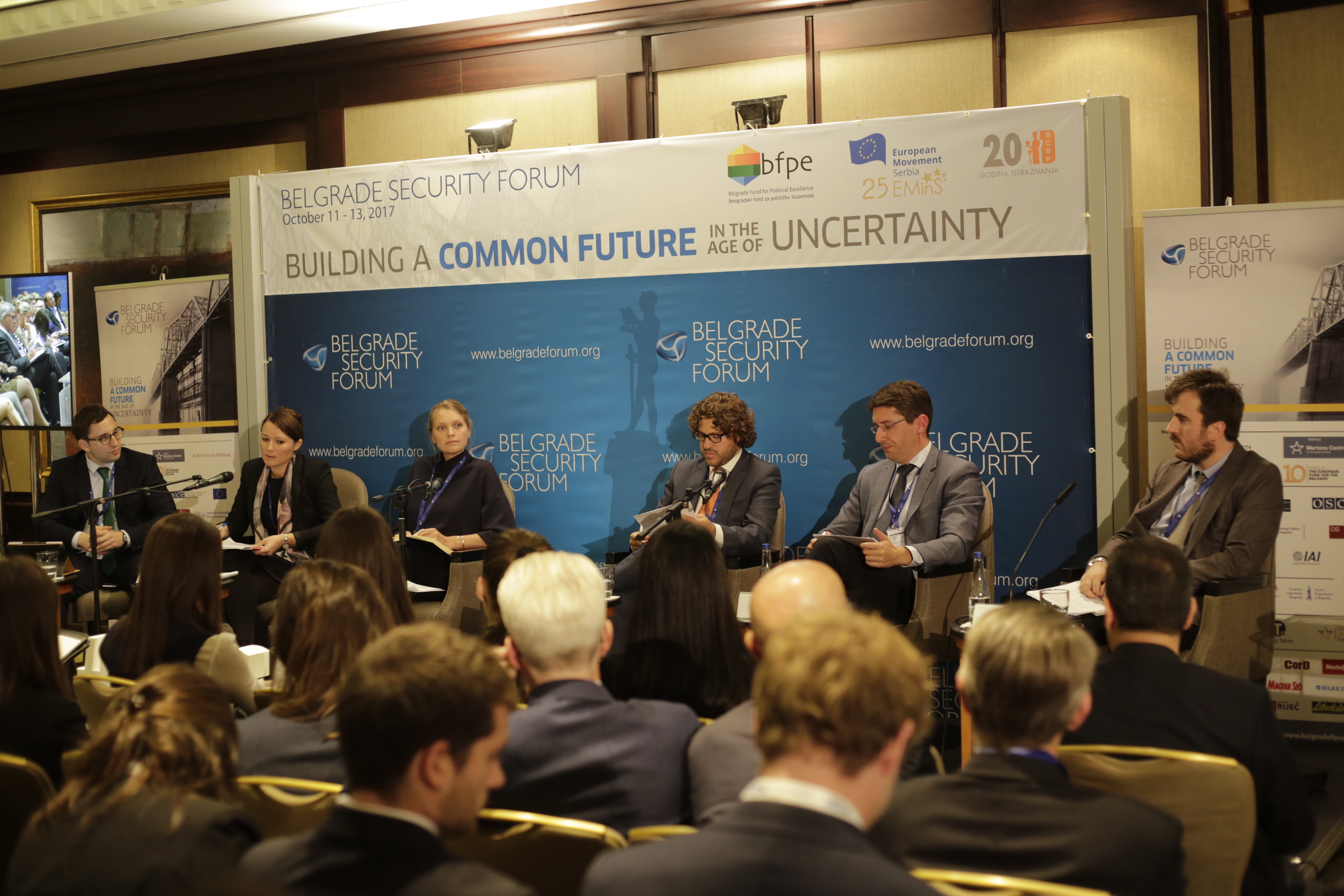 We are pleased to announce that the participants of the BSF Academic Event 2018 have been selected. This year’s academic event will be organized on October 17, under the title “How conflict sensitive is EU crisis response?”, and it will consist of one keynote speech, two panels and a concluding remarks.

Eight panelists have been selected on the basis of their academic excellence, through the open Call for Papers that was widely distributed to various interested audiences, but also among the participants of the project EUNPACK.

This year’s Academic Event will be organized and partially funded from this project, in cooperation with the Brussels think-tank Centre for European Policy Studies (CEPS).

The keynote speech, that traditionally opens the BSF Academic Event, will be delivered by Professor Roger Mac Ginty from the School of Government and International Affairs at Durham University.