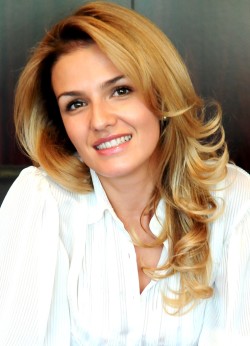 Valbona Zeneli is professor of national security studies at the George C. Marshall European Center for Security Studies in Garmisch, Germany. Born in Albania, Dr. Zeneli is an economist with an interest in international economics, good governance and international security politics. She holds a PhD in political economy from the University of Bari, Italy, a postgraduate diploma in international marketing from Georgetown University, Washington D.C. and a BA with honors in business administration from the University of Bologna, Italy. Dr. Zeneli has served as an economic advisor to the Albanian minister of economy, and to the prime minister. She has also worked for several Albanian private companies as an international relations adviser. Dr. Zeneli began her academic career in 2003 and has lectured for various universities and organizations in different countries. Her current research and teaching interests include international economics, security issues, globalization and foreign direct investment, institutional reforms and development in transition economies, corruption, and security sector reform. She has published many book chapters and articles for well-known journals on these topics. Dr. Zeneli is fluent in English, Albanian and Italian and has a good knowledge of German. She is married and has a son.

All session by Valbona Zeneli