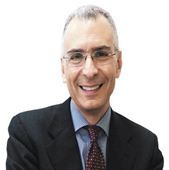 Stefano Sannino is Director-General of the EU’s Directorate-General for Enlargement. Stefano Sannino joined the European Commission in 2002 as an adviser for external relations and trade in the cabinet of President Romano Prodi. In this capacity, he was also the President’s representative to the G8. In 2005, he was appointed Director of the crisis platform and Representative to the Political and Security committee within the External Relations DG. From 2006 to 2008 he was seconded to the office of the Italian Prime minister as Principal Adviser for EU and international affairs. He returned to the Commission in 2008 as Director for Latin America and in 2009 he was appointed Deputy Director-General at the External Relations DG (RELEX) in charge of Asia and Latin America. In 2010 he became Deputy Director-General in DG Enlargement. Prior to his career at the Commission, Mr. Sannino held various positions with the Italian Ministry of Foreign Affairs and Ministry of Foreign Trade. Among other postings, he was Deputy Head of Mission at the Italian Embassy in Belgrade (1993–95) and Ambassador/Head of the Organisation for Security and Cooperation in Europe’s (OSCE) Mission to the Federal Republic of Yugoslavia (2001–02).

All session by H.E. Stefano Sannino