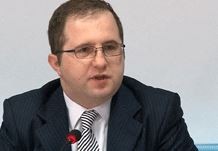 Leon Malazogu is co-founder and executive director of the Democracy for Development Institute (D4D), a think-tank in Prishtina dedicated to public policy research on the links between democracy and development. Leon holds an MA in International Peace Studies and Conflict Resolution from the University of Notre Dame. He has taught at the University of Prishtina, the American University in Kosovo and the South-East European University in Tetovo. He co-authored the curriculum for the newly opened department of Political Science/Public Administration at the University of Prishtina and served as a board member of the Albanian Political Science Association. He was scholar in residence at the Arizona State University for a semester, researching public administration curriculum and local government. Previously, Leon served as a Regional Representative for the European Centre for Minorities, as Research Director at the Kosovar Institute for Policy Research and Development, as advisor to the Deputy Prime Minister, and he also ran the Kosovo Office of the Project on Ethnic Relations. He led NGO coalitions in changing the electoral system in 2004 and observing the elections in 2007. Leon has conducted numerous studies on democratization, ethnic relations, regional dialogue, northern Kosovo and higher education and he frequently presents at prestigious academic and policy conferences. Several of Leon’s short pieces have been published by Frank Cass and the Center for Peace Research at the University of Leuven, among others

All session by Leon Malazogu