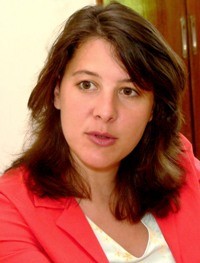 Ten years after the 2004 enlargement the EU now has 28 Member States; 13 new member states joined over the last 10 years. It is possible to acknowledge the benefits of this policy both for the acceding countries and EU as a whole in political, economic and social terms. Enlargement remains a key policy for peace, stability and prosperity on the European continent. However, the issues of integration and the EU’s absorption capacity were raised soon after the “big bang” enlargement in 2004. These objections were seemingly resolved through renewed consensus in 2006 which addressed the concerns of many in the EU, and essentially made the process of accession more rigorous. ‘Strict but fair conditionality’ has become a mantra and a dominant trajectory for an ever-evolving enlargement policy. Addressing the fundamentals (i.e. democratic and economic fundamentals) has translated into a number of instruments, benchmarks, and conditions implemented/imposed by the European Commission in an effort to properly prepare acceding countries and convince the European public about future enlargement/memberships. Despite oft mentioned ‘enlargement fatigue’ and the other side of the coin ‘reform fatigue’, Croatia successfully completed negotiations and joined the EU in mid-2013, proving that the European perspective still exists, though no further enlargements are envisaged over the next 5-year ‘digestion’ period. Six Western Balkan countries are at different stages of EU accession, alongside Turkey’s long EU path and Iceland’s application which was suspended in 2013.  Currently, 4 Western Balkan countries and Turkey have candidate status, two are potential candidates, and an open-doors policy remains in force for Iceland.