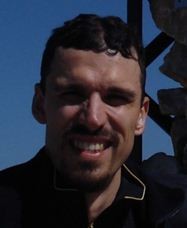 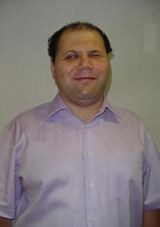 NATO Enlargement and Security in the Balkans

More than 20 years after the end of the Cold War, instead of a stable Euro-Atlantic security order and “a Europe whole and free,” a vicious cycle of insecurity has formed in some parts of Europe while Russia still feels alienated from the major security institutions.  Although the Balkans are no longer considered a “powder keg,” they are still plagued by numerous problems, including: persistent state weakness, instability, nationalistic rhetoric, inter-ethnic tensions, economic backwardness, territorial and border disputes, corruption, absence of the rule of law, and others.      This article examines the role of NATO enlargement for improving security in the Balkans.  It proposes some lessons from the experience of three new NATO members (Bulgaria, Romania, and Croatia) which are relevant for countries in the Western Balkans that are aspiring to join the Euro-Atlantic institutions and could be potentially useful for the Caucasus as well. In its first part, the article presents a critical review of the political and military costs and benefits of NATO membership and the internal political debates on joining the Alliance.  Despite the existing enlargement fatigue in both the EU and NATO, neither Europe nor the US should abandon the Western Balkans because the region could revert back to the politics of nationalism and radicalism. My evidence confirms that the promise of joining the Euro-Atlantic family has played a significant role in sustaining the economic and political reforms needed for the consolidation of democracy.  However, while integration into NATO is a necessary condition for the Western Balkan countries to feel more secure, it is not a sufficient one.  Furthermore, the focus should not be only on traditional security issues (i.e., mainly military ones) because in the specific strategic environment in the Balkans, the major threats to security are no longer purely military.  There could be no security without stable and effective state institutions or without development.  Regarding the domestic political debates on whether to join Alliance, the lessons from previous NATO accessions show that policy-makers should be very honest with their citizens about the significant costs of membership in the Alliance.  Otherwise, they create unrealistic expectations that are next to impossible to fulfill.  This leads to a sense of severe disappointment with the security institutions and their effectiveness is thus compromised.  Hence, the Euro-Atlantic security architecture itself could be weakened. In the second part, the article analyzes the extent to which NATO membership has helped with the new security challenges facing the Balkan states.  In this connection, I examine how secure these states feel before and after becoming NATO members, as well as the difficulties of evaluating “objectively” their level of security.  Here a particular attention is paid to Russia’s continuing opposition to NATO enlargement and what countries like Bulgaria and Romania have done in order to minimize negative reactions from Moscow.  In this connection, the article also makes some policy recommendations as to how (within the framework of the NATO-Russia “Reset”) the Alliance could engage Russia in a mutually beneficial way in order to improve European security. The article concludes by offering policy recommendations as to the additional steps needed in order to achieve a genuine regional security community which eschews military force as a tool for conflict resolution.

State-building, understood as an international mechanism that serves to answer the cases of possible state-failure or to stop state collapse, is an important subject of interest in the study of international relations. The problematic of state weakness has a considerable security component, and it holds great importance as a subject of inquiry in the security studies. This paper as its point of departure holds that state-building is a mechanism by which is to a great degree possible to affect the removal of those security threats that have their origin in state weakness. Although the problematic of weak states (and state failure, or state collapse as the terminal point of that phenomenon) is global in scale, its security dimension is mostly reflected at a national or a regional level. Therefore, Regional Security Complex Theory (RSCT) together with a commensurate concept of security developed by the ’Copenhagen School’ are used as a theoretical framework for understanding state-building and the influence it has on security dynamics at the regional level of analysis. Author holds the argument that state-building constitutes a factor that may influence regional security dynamics, and by using the analytical framework of RSCT, state-building is seen as a form of ’penetration’ which external actors pursue within an RSC or regional subcomplex.  State-building as a form of security ’penetration’ is explained on the example of the European Union’s influence exercised in the subcomplex of Western Balkans by means of its enlargement policy.

Positioning of Western Balkans in the Emerging European Security Architecture: Three Lessons for the Countries of the Region

The Cold War ended more than 20 years ago, but a stable shape of the European security architecture has not been established yet. It is in the process of creation, which is affected by many forces, especially by the dialogue between former Cold War adversaries. Its outcome is uncertain, as well as the way the region of Western Balkans will position itself in the new structure. Today, Western Balkans is region of a deficient security. Elites governing each of its countries are facing very difficult choices considering their national security, being deeply entangled in complex regional, European and global security relations at the same time. Achieving the long-term solution for regional security in the context of recreation of the European security architecture would require significant measure of joint work by these elites. Yet, if it is to be successful, three lessons should be followed. Lesson 1: take a global context into account. Lesson 2: the dialogue should adress real conflicts of interest. Lesson 3: integration is means, not an end.

The Western Balkans and the EU in Multilateral Organisations: Measuring Europeanisation and Understanding the Politics of Alignment

With the gradual consolidation of EU structures of external governance and the intensification, in foreign and security policy matters, of EU’s relations with its closest neighbours, Europeanisation has become a pregnant reality for all Western Balkan states. In multilateral organisations, their foreign policies are increasingly exposed to Europe’s transformative power. This expectedly entails that important changes take place, not least through increasingly convergent foreign policy behaviour. This development is of outstanding interest, as it illustrates how the ideational foundations of European security are being built, beyond the EU. Although much has been written on Western Balkan’s relationship with the EU, little knowledge has been acquired as to how this relationship has transformed the way these states position themselves more generally, in international politics. This paper responds to this lack of research by measuring and explaining the Europeanisation of Western Balkan states’ foreign policy in multilateral organisations. More specifically, it examines the foreign policy positions of six Western Balkan states (Albania, Bosnia-Herzegovina, Croatia, Macedonia, Montenegro and Serbia) in the United Nations General Assembly (UNGA) and Organisation for Security and Cooperation in Europe (OSCE) between 2001 and 2011. In the first part, the research explores quantitatively the extent to which Western Balkan states’ voting behaviour in the UNGA and declaratory diplomacy in the OSCE have been affected by intense interactions with the EU. In the UNGA, it models EU voting behaviour using Luxembourg’s positions as median-based best proxy, and accordingly measures Western Balkan states’ voting distances to the EU. In the OSCE, it uses the possibility that is offered to Western Balkan states to align themselves with EU statements, and measures the corresponding frequency of declaratory alignment. The paper shows that in these intergovernmental fora, the shared prospect of EU integration acts as a gravity force conducive to Western Balkan states’ ideational rapprochement with the EU as regards international affairs. It unambiguously points at EU-convergent patterns of voting and declaratory behaviour, although with some notable limitations. In the second part, the paper examines qualitatively the driving forces that underpin such Europeanisation, as well as the reasons of nonalignment. Based on a dozen of interviews with relevant diplomats from the Western Balkans and the EU, it scrutinises actors’ structural responses to the legal-institutional pressures emanating from EU’s conditionality regimes; the teleological motives that prompt Western Balkan states to emulate EU positions, or seek utilitarian solutions through alignment; and the dispositional forces that induce them to behave in an appropriate manner, having internalised alignment with the EU as a norm. It concludes that in foreign policy matters, compliance plays a non-essential role in reorientating the multilateral diplomacy of Western Balkan states; that other mechanisms, such as emulative learning, rational choice, persuasion and socialisation play a deeper role; and that higher degrees of foreign policy convergence could be achieved with simple improvements in EU’s alignment procedures.