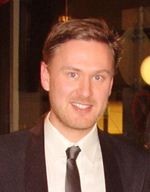 Florent Marciacq is a Research Associate in the European Governance Programme of the University of Luxembourg and a Researcher in Residence in the Prague office of the OSCE Secretariat. He is currently working on a joint-PhD in the Universities of Luxembourg and Vienna, and supports, as scientific advisor, the work of Felix Kreissler Research Department of the Vienna Diplomatic Academy. Florent Marciacq holds a Master’ degree in Advanced International Studies from the Vienna Diplomatic Academy and a Master’s degree in Sciences of Management from the École Supérieure de Commerce of Reims, France. His curriculum vitae includes academic stays in Hungary, Denmark, Turkey, and participation in several conferences in Australia, Iceland and the United Kingdom. Florent Marciacq previously worked as a chargé de mission for Ambassador Peter Jankowitsch, former Austrian foreign Minister, in an intergovernmental organisation promoting regional cooperation in Europe and socioeconomic development in the Western Balkans. He also worked as a junior auditor in the European Court of Auditors.

All session by Florent Marciacq