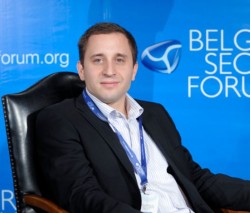 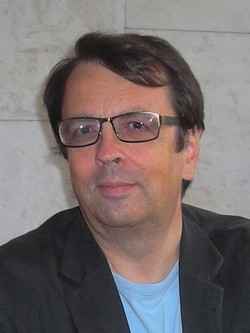 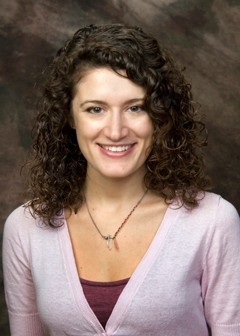 Ontological Security in Cases of Diaspora, Conflict, and Collective Memory of Trauma

The political influence of diaspora populations has been widely studied (for example, see King and Melvin 2006, Sheffer 2003, Schein 1999, Waterbury 2006 among others). In this paper I consider how the role of collective memory and trauma influence the shaping of conflict and establish intractable contentious political situations. I develop the theory of ontological security in international relations to look at collectives that identify with a home state while residing in a second country. I argue that in cases where diaspora populations have been created following a collective experience of trauma (for example, the population is composed of conflict refugees) then the political impact of those diaspora populations reproduces the meaning of the collective trauma, making conflicts intractable. Because the identity of the collective is generated by trauma, that identity is passed on through the generations of the diaspora population. Thus, the traumatic event that provoked migration carries a meaning that is formative to the ontological political identity of the diaspora population and an emotional attachment to contentious politics is reproduced.

I will explore my theorization of the relevance of collective memory and diaspora populations for intractable conflicts with reference to the case of Cyprus. The 1974 invasion or intervention in Cyprus by Turkey followed two decades of conflict and discord between the population of the island and the British colonial government and between the two major ethnic groups on the island, Greek Cypriots and Turkish Cypriots. Despite three decades of relative peace on the island and several attempts by UN and EU negotiators, a workable solution to the conflict and the removal of UN peacekeepers from the island have remained unfulfilled goals. Here I argue that attending to the collective memory of the conflict as formative of diasporic identity can offer new insight.

The Circulatory Power of Narratives

This paper explores narratives of the past as not only byproducts of power relationships, but manifestations of circulatory power. They diffuse through the social and political system and change actors’ identities as well as their understanding of themselves and their place in the political and social world. Narratives make some actions possible and others unimaginable; and they redefine a menu of policy options political actors can choose from. Reconceptualized as manifestations of circulatory power, narratives influence actors’ choices not through coercion, institutions and structures (control power), but through a new view of self. Narratives change who actors are and who they think they are, and this new identity guides their consequent political action. Like a snowball rolling down a hill, narratives can gain avalanche strength as they absorb or overcome other, competing narratives, and express social purposes or become instruments of social action. Examples of political narratives in the former Yugoslavia and its successor states illustrate these dynamics. The Yugoslav space offers a great laboratory to examine the circulatory power of narratives as this is where competing state autobiographies in Serbia, Croatia and Bosnia bounced against each other, adapted, and transformed into powerful tales that justified (if not directly produced) state partition and mass atrocity.

Transactive Memory as an Agent of Heterotemporality in Security Discourse

The article addresses the question how the construction of collective memory influences the creation of pluralistic security discourse based on multiple non-linear narratives. It draws on Maurice Halwbachs’ understanding of collective memory and particularly one of its core components – transactive memory – by which members of a group often specialize in different areas of remembrance. This specialization is crucial to community-building within the security sector and is today facilitated by the new media and social networks in constructing imagined communities, just as role of printing technique or transportation was crucial in early nation-building, according to Benedict Anderson.

The article then applies the concept of transactive memory to security discourse, drawing on critical security studies and geopolitics, namely on the work of Gearóid Ó Tuathail and John Agnew in deconstructing time as a uniform and linear category. It also draws on Ian Klinke’s exploration on chronopolitics (the politics of time) and goes further in suggesting that the politics of time are the politics of how one perceives time, which is intricately related to cultures of remembrance and the role of memory in the construction of contemporary security representations and practices.

The article forwards the claim that security discourse, as practiced within security institutions – the military, intelligence services and police forces – is composed of distinct and often contradictory narratives, which function in different temporal categories (chronotopes if we borrow Bakhtin’s expression), and that this heterotemporality is in turn the product of transactive memory as unconscious practice of specialized remembrance.

Why ’Lessons of the Past’ Normally Fail in Contemporary Foreign Policy

Foreign policy decision-makers are sometimes driven by their specific constructions of a past key event, formulated as a ‘lesson of the past’: ‘do this’ or ‘do not do that’ in an ‘analogous’ contemporary situation. Such a lesson often derives from the last major war, but may reach further back. This theme has been studied in political psychology and constructivist IR. What these approaches have tended to downplay, however, is the external contemporary world; decision-makers are driven by an interplay of a lesson of the past (if any) and their interpretations of contemporary stimuli. The present author has investigated how this interplay takes place under different circumstances. For instance, an ambiguous contemporary situation favours the use of historic analogies. If both past and contemporary incentives are strong, we get essentially two possibilities: 1) the past restrains contemporary incentives, and 2) the past reinforces contemporary incentives. Example (1): Sweden joining the EU and getting ‘halfway’ into NATO (restrained by historically successful neutrality). Example (2): The Baltic countries joining NATO (reinforced by historical trauma with Russia). A closely related issue is whether the use of past lessons is conducive to foreign policy success (however that be measured). According to Ernest May, not only are politicians mostly ‘bad historians’, but their ‘wisdom of the past’ often leads to obvious failure. The reasons for this are in my view several:

– an ‘analogous’ situation is not sufficiently similar in the crucial respects

– an obsession with one specific historical situation (e.g. ‘Munich’) at the expense of others or more general reasonings pertaining to the current situation

– the need for historic gratitude or vindictiveness vis à vis another state are difficult to measure; ‘when is enough really enough?’

– vindictiveness will provoke countermeasures from one or more other states, perhaps based on a contrasting version of the same historic events. In other words, there is a strong conflict potential in lessons of the past, perhaps leading to ‘enduring rivalries’

– in case of reinforcing pressures (see above), there is an added risk of failure due to societal ‘group think’ with no checks and balances. Self-reinforcing mechanisms may eliminate sound criticism and domestic actors compete to be the most extreme.

– the lesson is formulated in public discourse, precisely because the politician is trying to legitimise a controversial decision that – by its very nature – entails significant risks