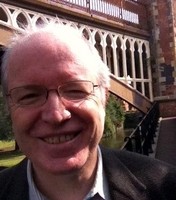 William Bartlett is Senior Research Fellow in the Political Economy of South East Europe at the London School of Economics and Political Science. He has a BA in Economics from the University of Cambridge, an MSc in Development Economics from the University of London and a PhD from the University of Liverpool. He has previously been a Research Fellow at the European University Institute in Florence and Professor of Social Economics at the University of Bristol. His research interests lie in the field of economic and social development in South East Europe. From 1998-2000 he was President of the International Association for the Economics of Participation (IAFEP), and from 2006-08 he was President of the European Association for Comparative Economic Studies (EACES). He has carried out research projects funded by the Economic and Social Research Council, the Leverhulme Trust, and the British Academy and has acted as a consultant and senior advisor to the European Commission, the European Parliament, the European Training Foundation, the OECD and other international organizations. He has published two monographs: “Croatia Between Europe and the Balkans”, Routledge, 2006 and “Europe’s Troubled Region: Economic Development, Institutional Reform and Social Welfare in the Western Balkans”, Routledge 2008, as well as numerous articles in refereed journals and book chapters.

All session by William Bartlett

Session 3: Here to Stay? The Rise of Inequality and Persistence of Poverty