Russian Academy of Sciences, Director of the Centre for Situation Analysis (CSA), Member of the Board of the Institute of World Economy and International Relations IMEMO 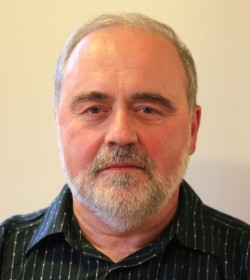 Russian Academy of Sciences, Director of the Centre for Situation Analysis (CSA), Member of the Board of the Institute of World Economy and International Relations IMEMO

Vladimir Baranovsky is the director of the Centre for Situation Analysis at the Russian Academy of Sciences. He is a senior member of the Moscow-based think tank the Institute of World Economy and International Relations (IMEMO) where he was deputy director from 1998 to 2014 and is currently a member of the board. He has DRSc degree in history (1985) and is a full member of the Russian Academy of Sciences (Academician, 2011). Moreover,  he is also a professor at the Moscow State Institute of International Relations (MGIMO) and has been a visiting professor in a number of universities in Europe. From 1992 to 1997 he worked as project leader at the Stockholm International Peace Research Institute (SIPRI). He is a member of a number of analysis organizations, expert and consultative councils, and the advisory or editorial boards of professional journals both in Russia and in other countries. Furthermore, he has authored and edited over 200 publications (books, articles, contributions to multi-authored volumes etc.). His publications include Russia and Europe: Emerging Security Agenda (1997), The Dynamics of Russian Missile Defense Policy (2002), Regional Security Cooperation in the Former Soviet Area (2007), La fabrique de la politique étrangère russe(2008), Foreign policy cycle: from Gorbachev to Putin (2010), Transformation of the European political space (2010); The International System: Emerging New Realities (2014) and From Kosovo to the Crimea (forthcoming).

All session by Vladimir Baranovsky