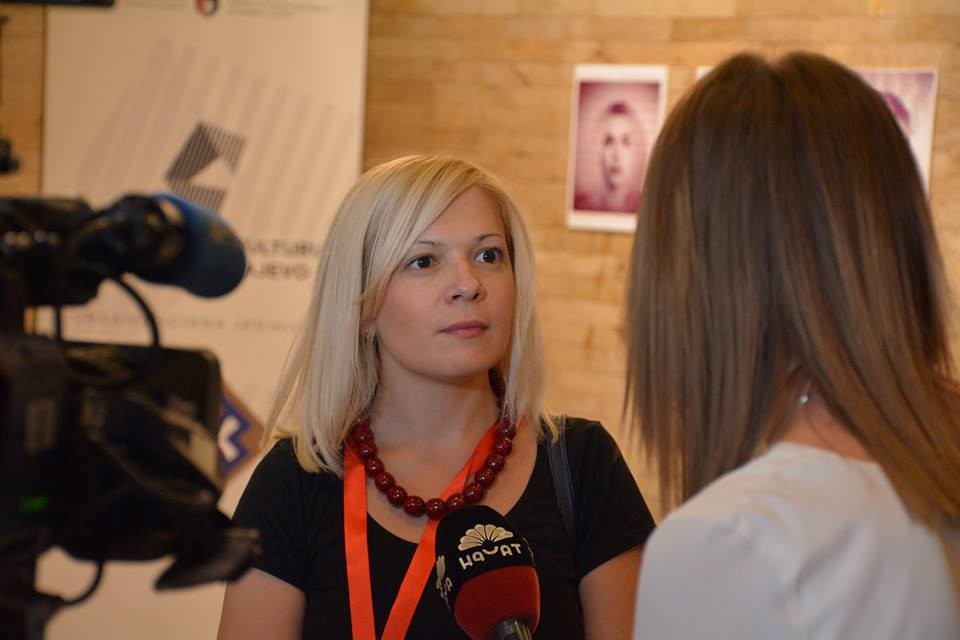 Vildana Džekman, is a peacekeeper, activist, and feminist with a wide spectrum of identities, which she considers her personal asset. She has been working for Foundation CURE since 2013, where she first began her activism and peacekeeping works in 2012. She deals with issues related to peacebuilding from a female perspective, empowering LGBT(lesbian, gay, bisexual and trans) individuals, as well as issues related to the involvement of  women in constitutional reform processes in Bosnia and Herzegovina. She also runs a blog  called “Citizen Initiative for Constitutional Changes” as part of her PR work for the Initiative. She enjoys being in front of cameras and working with the media. She is the author of a research paper entitled, “War crimes against Vukovar hospital residents” which was never published as a result of political censorship. She participated in the creation of a book on peace activists called “HIStory is not HERstory” and contributed to the books, War is Not Single-Gendered and Peace with a Woman’s Face through active work in the initiative „Peace with a womans face“. She studied the female perspective of peacebuilding and contributed to the emergence of the analysis of “Women, Activists, Peace – I am not the public to those who disturb peace”. She has won a peace prize for the text „When you are thinking of identities but writing about peace activism”. She loves long walks, swimming, sea, hiking and happy people.