Head of the Governance and Peace-building Team, UNDP 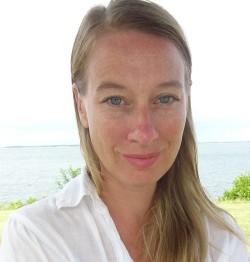 Head of the Governance and Peace-building Team, UNDP

Shelley Inglis is the UNDP Regional Cluster Leader on Governance and Peace-building for Europe and CIS; previously, she was Policy Advisor and Team Leader of the Rule of Law, Access to Justice, Security and Legal Empowerment of the Poor Team in the Democratic Governance Group. Prior to working for UNDP, she was in the Rule of Law Unit in the Office of the UN Deputy Secretary-General working on system-wide policy coordination and coherence in the rule of law. Earlier, she worked on security governance, human rights and rule of law for the Department of Peacekeeping Operations, the Office of the High Commissioner for Human Rights in Geneva, and the United Nations Development Fund for Women (UNIFEM). Her experience includes providing guidance and support to UN field operators in conflict-affected and post conflict environments including, among others, Afghanistan, Cambodia, The Ivory Coast, Georgia, Haiti, Liberia, Sudan, and Timor Leste. Moreover, she has drafted numerous reports for the Secretary-General as well as policy and guidance materials for the Organization, and conducted a wide range of workshops and training in her area of expertise.  Prior to joining the UN, Ms Inglis worked extensively on the Balkans, CIS and Turkey, in particular with Save the Children US (1994-1995), the Amnesty International Secretariat and the OSCE (1999-2002) in Kosovo (UNSC 1244). She has also practiced public interest, family and criminal law in the United States.  She is member of the New York Bar and a term member of the Council on Foreign Relations. A graduate of Columbia School of Law (JD) and Cornell University (BA), she is an adjunct professor in political science and human rights at Barnard College of Columbia University.

All session by Shelley Inglis