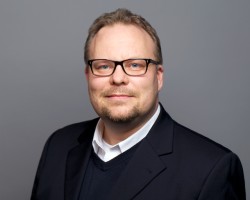 Sebastian Dworack heads the International Capacity Development Team at the Center for International Peace Operations (ZIF) in Berlin. Prior to this assignment, he has been advising the African Union Commission’s Peace and Security Department on the establishment of a continental personnel roster system of civilian experts for African peace and security operations, the so-called African Standby Capacity (ASC). Sebastian is a member of ZIF’s expert pool of German civilian personnel for multi-lateral peace operations and has served in several international peace operations on the Balkans between 2002 and 2010. During this time he was head of the political and reporting unit of the OSCE Mission to Skopje and senior political analyst and reporter as well as team leader with the European Union Monitoring Mission (EUMM) to the former Yugoslav Republic of Macedonia. In addition, he advised Serbian authorities on the establishment of a multi-lingual and –ethnic higher education institution on behalf of the OSCE High Commissioner on National Minorities (HCNM). Furthermore, Sebastian managed the international Public Policy Masters Programme of the Willy Brandt School of Public Policy at the University of Erfurt as well as several capacity building projects on conflict resolution and mediation in the Southern Caucasus and Moldova with the Potsdam University of Applied Sciences. He holds a master’s degree in International Relations from the University of Bonn and is a certified mediator and organizational development consultant.

All session by Sebastian Dworack