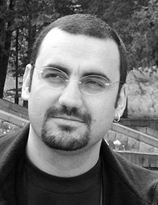 Sadan Inan Ruma is a Professor at Istanbul’s Bilgi University. He earned both his Master of Science and PhD degrees in International Relations at the Department of International Relations of the Middle East Technical University in Ankara, where he was also employed as a research assistant. From September to October 2002 he worked as an International Trainer at the Organisation for Security and Cooperation in Europe (OSCE) Mission in Kosovo (OMIK) for the 26 October 2002 Municipal Elections. He also served as an OMIK Voter Services Supervisor during the same elections. During the preparation for the 17 November 2001 Elections in Kosovo, Ruma also worked as Voter Services Supervisor, Special Needs Voting Supervisor and Polling Supervisor for OMIK.  Hismajor areas of interest are: politics in Central and Eastern Europe and the Balkans, international organisations, peacekeeping, and theories of international relations and political sociology.

All session by Sadan Inan Ruma