Coordinator, Security Program, Center for the Study of Democracy, Sofia 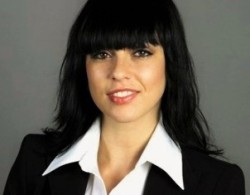 Coordinator, Security Program, Center for the Study of Democracy, Sofia

Rositsa Dzhekova is Coordinator of the Security Program at the Center for the Study of Democracy in Sofia (CSD). Her area of research at CSD deals with crime and corruption, informal and underground economies, the private security sector, policing, border security and radicalization. Between 2013 and 2014 Ms Dzhekova was the Marie Curie Research Fellow at the University of Sheffield (UK) within the FP7 project “GREY”, where she conducted research on the social, economic and psychological factors and drivers of the shadow economy and evaluated policy measures to tackling the informal sector in Southeast Europe. Previously she worked as a political analyst and corporate investigations consultant for the global risk consultancy Control Risks in Berlin and London, where she provided in-depth risk assessments and forecasts related to organized crime, security and terrorism risks, political stability, corruption and state capture in the Balkan region. She conducted corruption audits, fraud investigations, integrity due diligence and litigation support for international clients operating in Southeast Europe. Ms Dzhekova holds a BA in Political Science from the Free University Berlin (Germany) and an MA in Social Research from the University of Sheffield (UK).

All session by Rositsa Dzhekova