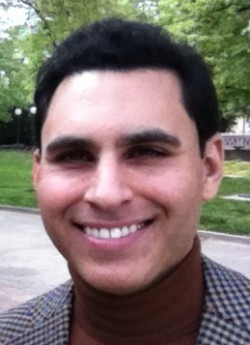 Roozbeh (Rudy) B. Baker is currently a Lecturer at the University of Surrey (School of Law) in the United Kingdom where he teaches courses on public law, international law, and multi-method research design. Dr. Baker received his legal education at the University of Illinois (JD) and the University of California at Berkeley (LLM), and completed his training as a Political Scientist at the University of Southern California (PhD). As a Legal Scholar, Dr. Baker’s areas of expertise centre mainly on international law, comparative constitutional and criminal law and socio-legal studies. As a Political Scientist, his research is focused on courts & judicial politics in a comparative context, democratic transitions, political parties, transnational relations, organizational theory and qualitative & multi-method research design. Dr. Baker has held previous academic appointments in the United States at Pepperdine University (School of Law), as well as in Bosnia-Herzegovina at the University of East Sarajevo (Faculty of Law). Prior to entering academia, Dr. Baker worked in the Senate Opposition Research Office of the Progressive-Conservative Party of Canada and later in the Department of Justice Resident Legal Advisor’s Office of the U.S. Embassy in Serbia. In addition to English, Dr. Baker speaks Persian, Serbo-Croatian, and some French.

All session by Roozbeh (Rudy) B. Baker