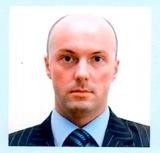 Roman Hloben is the Director of the South-Eastern European States and Turkey Department in the Ministry of Foreign and European Affairs of the Slovak Republic. Before that he was Deputy Head of Mission in the Embassy of the Slovak Republic in Athens and also Head of Cabinet of the High Representative and EU Special Representative in Sarajevo.He graduated at the Faculty of Political Sciences and International Affairs, Matej Bell University, Banská Bystrica, Slovakia and finished Postgraduate Study/The European Law, Faculty of Political Sciences and International Affairs, Banská Bystrica, SlovakiaHe speaks English, Serbian, Croatian, Bosnian, Spanish and German.

All session by Roman Hloben