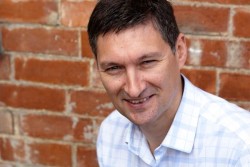 Professor Richard G. Whitman is currently a Senior Fellow for the ESRC’s UK in a Changing Europe programme, Director of the Global Europe Centre and Professor of Politics and International Relations at the University of Kent.  His current research interests include the foreign and security and defence policies of the EU and the UK, and the governance and future priorities of the EU.  He is the author and editor of ten books and over sixty articles and book chapters. His most recent article, published in May 2016, for the journal International Affairs is entitled ‘Brexit or Bremain: What future for the UK’s European Diplomatic Strategy?’. He is a Visiting Senior Associate Fellow at the Royal Institute of International Affairs (Chatham House), an Academic Fellow of the European Policy Centre (EPC) and an Academician of the Academy of Social Sciences. Professor Whitman is a regular international media commentator. Recent coverage has included BBC radio and television, Sky, ITV, CNN, Bloomberg, CNBC and he has been quoted by print publications including The Financial Times, Newsweek, Reuters, the International Herald Tribune and the Wall Street Journal. He has given evidence to the UK Parliament on UK and EU foreign and security issues.

All session by Richard Whitman