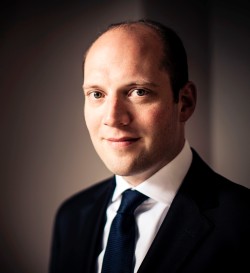 Oliver Joachim Rolofs is the press spokesperson and Head of Communications of the Munich Security Conference (MSC). He worked from 2007 to 2009 as a parliamentary assistant and Head of Office for a member of the European Parliament, focusing on foreign and security policy. Prior to this assignment, he was employed at the Deutscher Bundestag (German Federal Parliament), the Office of the Federal President and served as an officer in the German Army. In addition to his university studies, he completed a number of tours of duty from 2001 to 2005 as a press officer supporting the NATO and EU peace missions in former Yugoslavia. Mr. Rolofs studied Political Science, International Law, Sociology and Eastern European History in Marburg and Munich. He publishes regularly on foreign and security policy issues. Furthermore, he works as a freelance strategic communications consultant and advises decision makers from business and politics.

All session by Oliver Joachim Rolofs